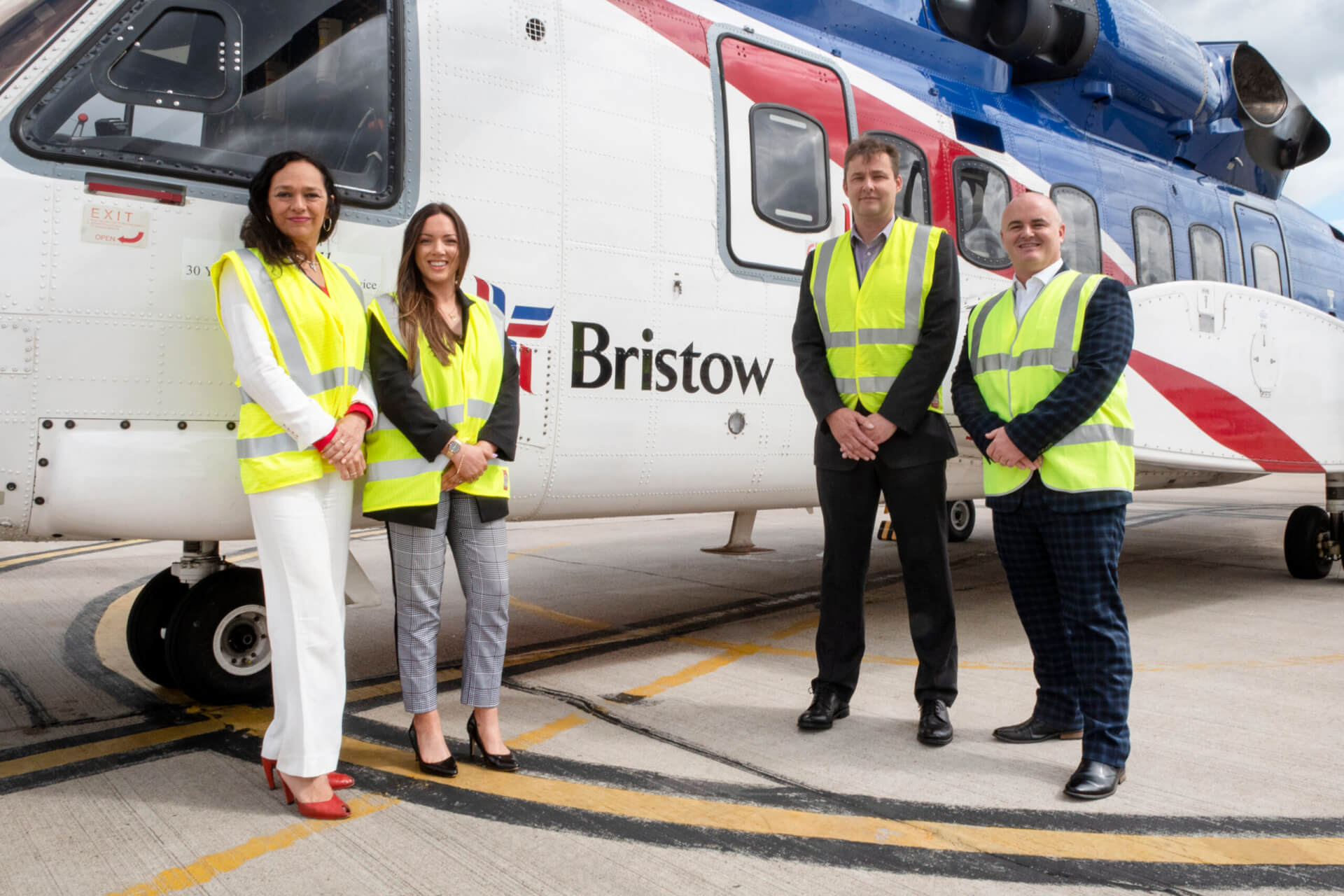 The SAF was delivered by Air bp and will be blended with traditional jet fuel for Bristow flights to bp’s North Sea offshore operations in the UK Continental Shelf (UKCS).

bp is the first North Sea operator to voluntarily commit to an ongoing supply of SAF for its North Sea flights, helping to decarbonise the transport to its offshore operations.

“It is recognised globally that SAF will play a major role in making jet zero aviation a reality and SAF has the potential to significantly reduce UK aviation emissions. bp’s decision to make SAF commercially available at Aberdeen is a significant moment.

“There is a real opportunity for Aberdeen to help drive a domestic SAF industry here in the UK and in doing so, we can support the decarbonisation of the oil and gas sector transport.”

SAF has the potential to play an important role in meeting the aviation industry’s carbon reduction targets and is recognised as part of the government’s jet zero strategy and ambition to drive net zero aviation by 2050.

In 2021, Bristow, bp’s helicopter operator of its North Sea flights, completed one of the first SAF-powered flights in the UKCS flying an S-92 helicopter from Aberdeen International Airport to installations operated by bp.

“We are strong advocates of the use of SAF in the aviation industry. We believe its adoption is an important element in achieving the industry’s aim of net-zero carbon emissions by 2050,” said Yasmin McCulloch, Aviation Operations Lead, bp.

“We’re pleased that we have supplied SAF for our offshore flights through our longstanding relationship with Bristow and are excited by its potential to help us decarbonise the transport to our offshore operations.”

Bristow’s UK Director, Matt Rhodes, said: “There is huge opportunity for SAF to become the fuel of choice for future North Sea oil and gas flights. We are looking forward to working with bp and other customers so together we can continue to help drive down emissions and boost sustainability across the industry.”

Produced from sustainable feedstocks such as used cooking oil, SAF delivers up to 80% fewer lifecycle carbon emissions than the traditional jet fuel it replaces 1. It is designed as a ‘drop-in’ fuel, safe to use in existing aircraft and airport infrastructure.

Minister for Transport Jenny Gilruth said: “This is a really encouraging development as the increased use of sustainable aviation fuels (SAF) will be an essential stepping stone towards the Scottish aviation sector reaching net zero.

“The use of these fuels is expected to rise significantly in the coming years and could bring significant economic opportunities for Scotland, so this is a welcome first step from Aberdeen Airport.”