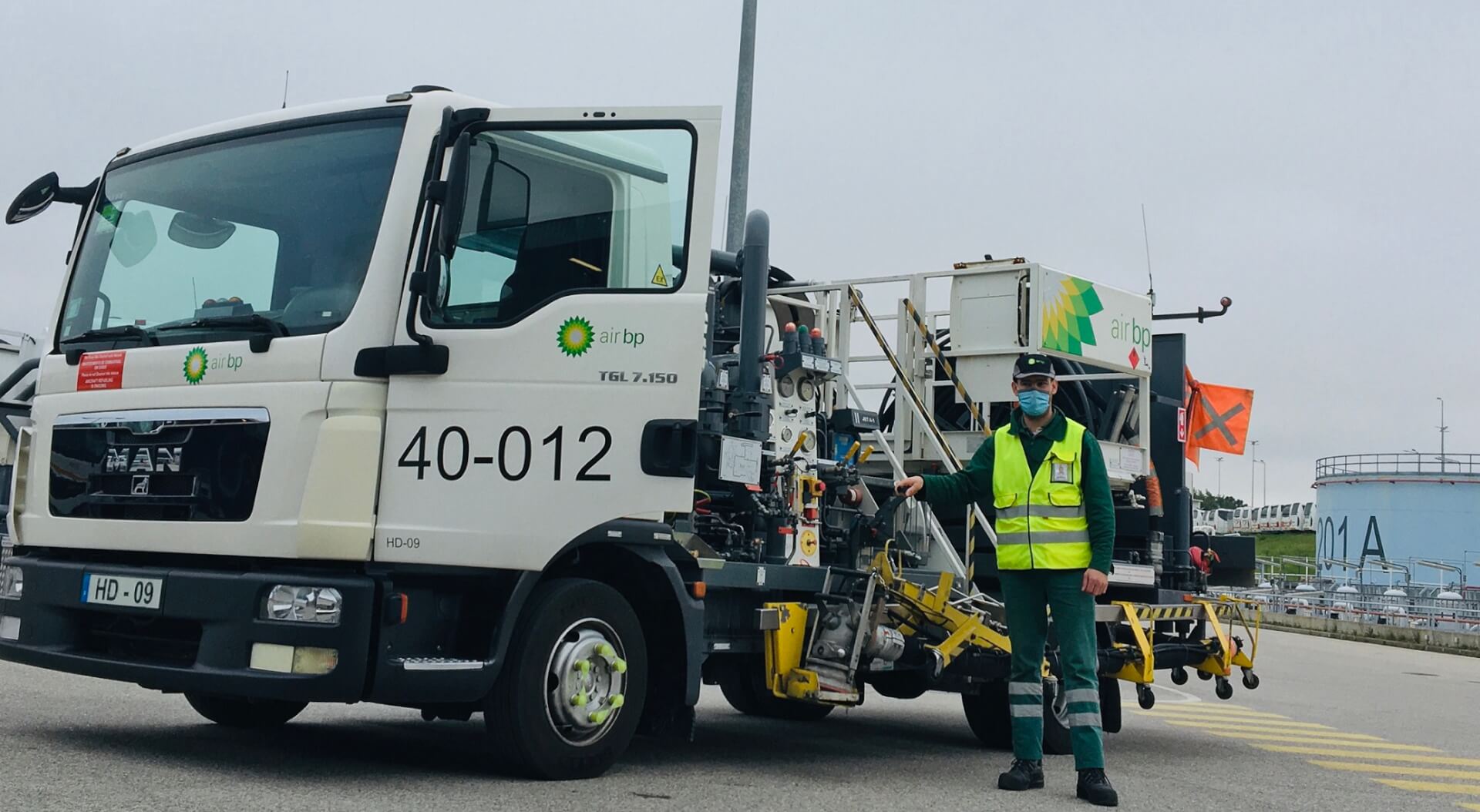 Air bp, the international aviation fuel products and service supplier, announces that all its fuel hydrant dispenser vehicles in Portugal now have stop-start technology. This is the first country in Air bp’s operated network to achieve the milestone and forms one element of the business’s carbon management plan.

Effective immediately, Air bp will have start-stop technology installed on all its newly procured hydrant dispensers. The aim is that all existing hydrant dispensers across its global operated network, that are less than ten years old, will be retrofitted with the technology by the end of the year.

Start-stop technology automatically shuts down and restarts the vehicle engine to reduce the amount of time the engine spends idling, thereby reducing fuel consumption and emissions. Air bp’s hydrant refuelling vehicles equipped with start-stop technology have seen, on average, a 25% reduction in carbon emissions. This saving is estimated to be 3.5 tonnes of CO2e per vehicle per year.

To achieve this milestone, Air bp first identified that hydrant dispensers were the vehicles most suited to this technology. Air bp then worked with a selected supplier to design a system specific to Air bp’s hydrant fleet. Testing was completed to ensure the expected emissions savings were achieved and Air bp’s stringent technical safety requirements were met.

Since 2016 all Air bp’s global operated airport into-plane fuel facilities have been carbon neutral. An important part of maintaining carbon neutral status is having an effective carbon management plan.

Gigi Yuen, Air bp’s global carbon neutral lead, comments: “Our carbon management plan is a key part of Air bp’s global operations. In 2016, we made a 10-year pledge to retain our carbon neutral accreditation. In relation to start-stop technology, over the past two years we have worked hard to achieve this first milestone and continue to work determinedly towards achieving our aims.”