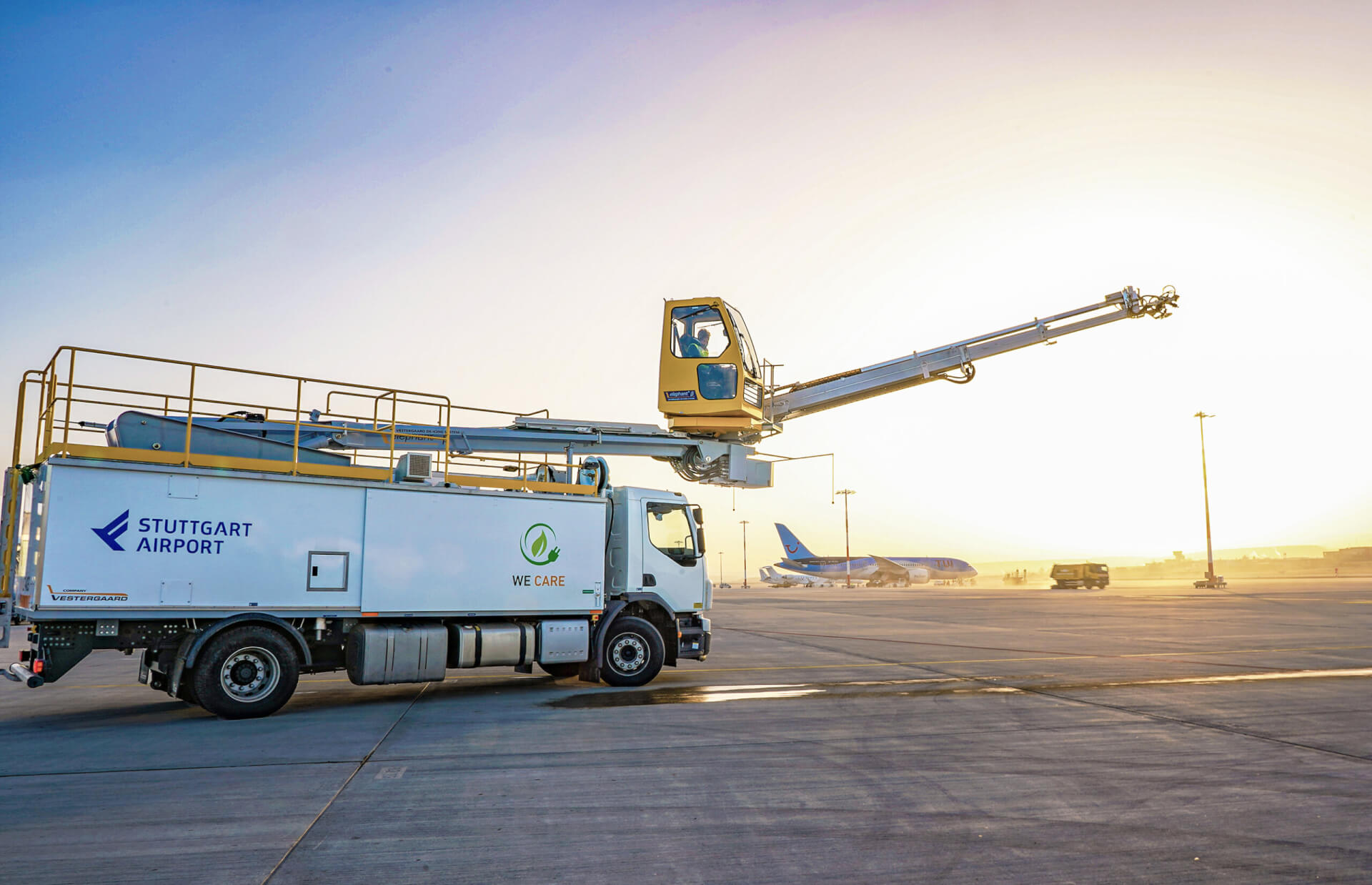 The climate goals of Stuttgart Airport are extremely ambitious and were adjusted in 2021 resulting in a goal to have CO2 neutral operations in the state airport already by 2040 – ten years earlier than originally planned.

The airport has successfully tested the new sustainable Elephant e-BETA aircraft deicer in 2021 and has recently placed an order with Vestergaard Company for two new Elephant e-BETAs to be delivered before next season.

“Since 2012 we have been successfully using the conventional type of Elephant BETAs in a fleet of 6 vehicles and have already been able to achieve significant savings and reduced environmental impact in the use of less deicing fluid.

“Vestergaard offered us the opportunity to test the e-BETA in 2021.

“The possibility of noticeable reduced greenhouse gasses, including carbon dioxide and sound emissions during ​​deicing operations, convinced us to procure this pioneering technology as part of the further implementation of our EFLEET concept.” 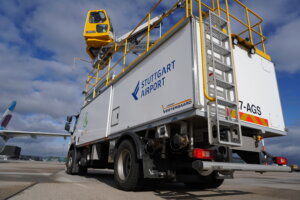 Peter Nowak, head of Aircraft De-/Anti-icing and Environmental Coordinator with Stuttgart Airport was enthusiastic about the e-BETA test right from the start: “It is a huge advantage for us that Vestergaard has created the e-BETA with an operation almost identical to the existing models.

“This means that there is no need for additional training and our drivers can quickly and seamlessly switch from the BETA to the e-BETA.

“The new Elephant e-BETA causes fewer local emissions and offers even better working conditions for our employees on the apron.

“We are very much looking forward to starting emission-free aircraft de-icing with the e-BETAS from winter 2022/23.”