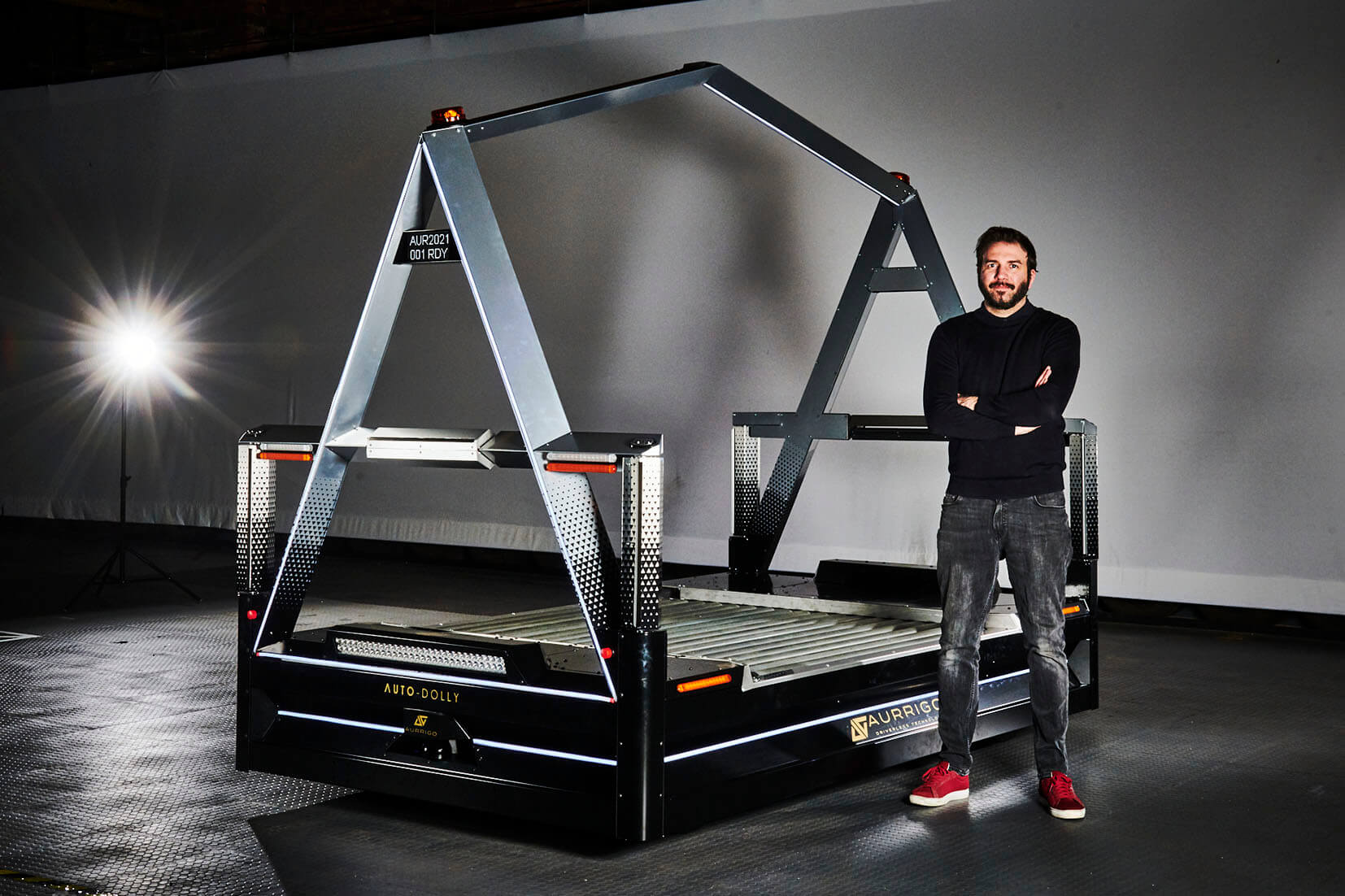 A new autonomous luggage and cargo system has been launched today that promises to offer a host of operational and financial savings to the aviation sector.

Aurrigo, one of the world’s leading autonomous vehicle specialists, has officially unveiled the Auto-Dolly, which will give airports the opportunity to move luggage and cargo around indoor and outdoor settings without the need for human operators.

The vehicles have the ability to navigate autonomously from one task to another, collecting and dropping off items automatically using a powered roller deck and the unique ability to ‘crab’ sideways when docking and parallel parking.

All-weather running is achieved by weather-hardened sensors and innovative software processes that allow the Auto-Dolly to operate in snow, heavy rain, direct sunlight and fog.

A recent trial at Heathrow and a digital-twinning project with a leading Far Eastern airport have proven that this technology can reduce the number of traditional tugs and trailers used to transport cargo and luggage by two thirds, as well as substantially cutting carbon emissions.

“The aviation sector is going through one of the worst periods in living memory. When it emerges, it will need to explore ways where it can achieve cost savings and increase operational efficiencies, including turning around planes and getting them away on time,” explained David Keene, Chief Executive of Aurrigo.

“Auto-Dolly will revolutionise airports by improving efficiency in the way aircraft luggage and cargo is loaded, unloaded and handled. The autonomous system virtually eliminates all human contact, extremely important in today’s Covid-19 world and, unlike the tugs that are used today, every Auto-Dolly is able to carry a load.

“This results in improved space utilisation in the baggage hall, as no valuable space is taken up by a vehicle that cannot move something.”

He continued: “Our autonomous vehicles are controlled by our Ai-based cyber secure fleet managed system Auto-Connect, which intelligently assigns Auto-Dollies in the optimum way to meet the strict operational deadlines at the airport.”

Together with the Auto-Dolly launch, Aurrigo is also releasing its Auto-Sim product, which is a sophisticated airport simulator software tool allowing customers to map current operations and then model how to migrate from manual methods through to a fully automated autonomous operation.

David concluded: “Engagement with lead customers, together with continuing on-site airport trials, have been fantastic and we’re now in the position to launch our Auto-Dolly solution to the world.

“This could equate to hundreds of millions of pounds of cost reductions every year for the airport industry, plus the huge environmental savings gained by reducing overall emissions caused by today’s fleet of inefficient tractors and trailers.”