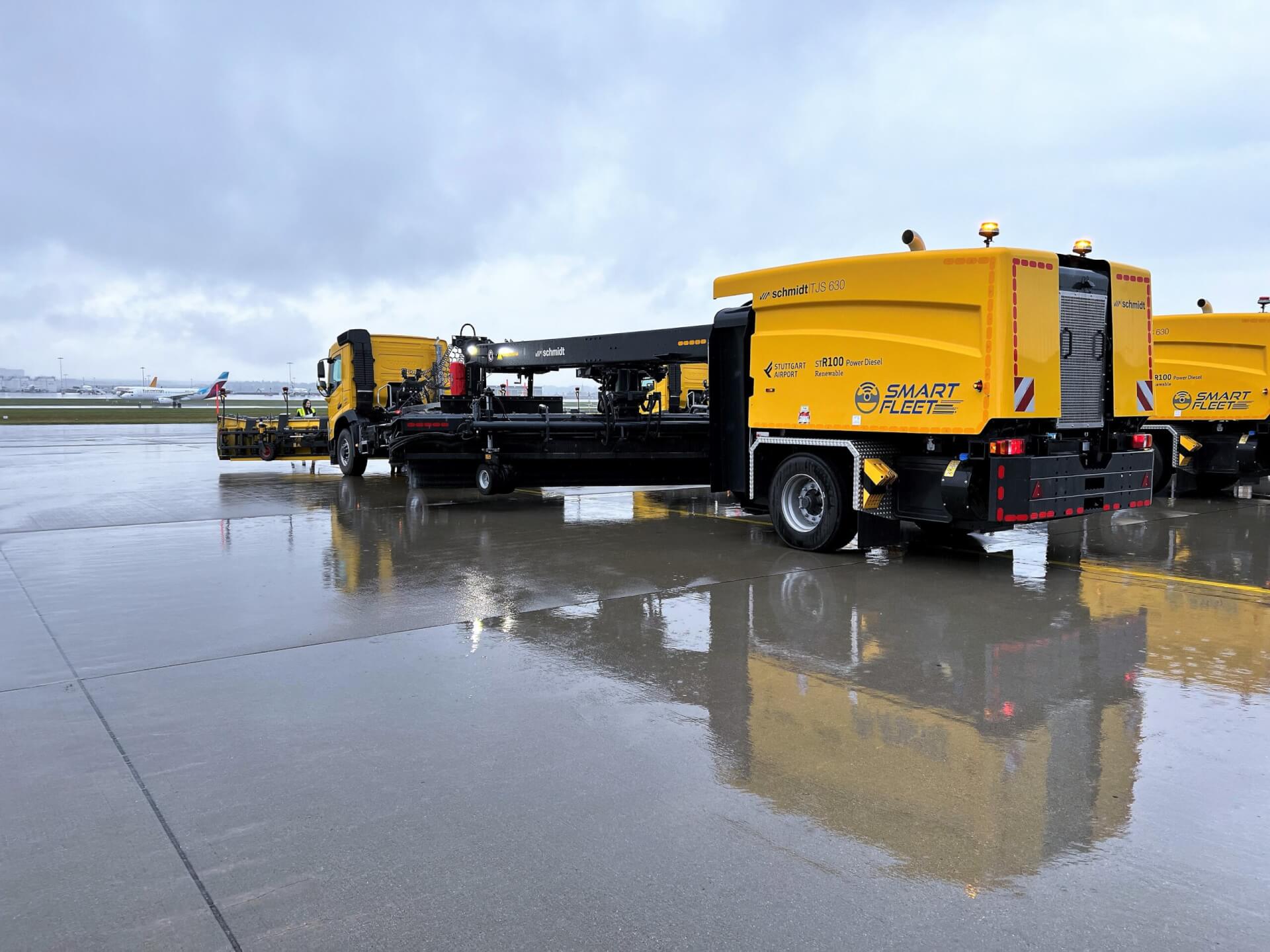 Aebi Schmidt Group and Stuttgart Airport presented on Wednesday on the apron, what the future of winter maintenance could look like with autonomously operating vehicles and equipment.

The system tested at Stuttgart Airport is the first to function fully integrated.

The jet sweepers equipped with the so-called AirfieldPilot from Aebi Schmidt Group can clear snowy and icy runways, taxiways and the apron without a driver. At Stuttgart Airport, they can already autonomously cover precisely preassigned routes.

During the test runs, the teams from Aebi Schmidt and the Stuttgart Airport tested various functions.

These include driving along a route, interacting with other conventional winter maintenance equipment when driving in convoy and using the snow plough, brush roller and blower according to predefined clearing concepts.

The new technology is designed to help ensure that the airport is always cleared accurately and quickly, even when visibility is poor due to darkness or fog. The system uses high-precision satellite-based services for route recording as well as autonomous processing.

STR as a test site for autonomous driving

The automation of snow removal at airports is challenging. Special traffic conditions prevail, made even more difficult by winter weather.

Safety and efficiency requirements are high. Autonomous vehicles must integrate into airport processes and work with centimeter precision. For safety reasons, a person is still sitting in the vehicle during the tests.

When the prototypes will be in use on a regular basis in snow and ice at Stuttgart Airport still depends mostly on legal factors.

While individual components of winter service vehicles have already been operated automatically for some time, the manufacturer now succeeded in creating a fully integrated system. In this, truck and sweeper are controlled via the same platform.

The test drives at STR were part of the “SmartFleet – autonomous commercial vehicles for safe and efficient airport operations” project, which was launched in 2019 and is funded by the German Federal Ministry for Economic Affairs and Climate Action.

During their three-year cooperation, the partners also researched the effects of the technology on the working environment. Autonomous devices are expected to support airports in the future. The research project has a total volume of around 3.9 million euros.