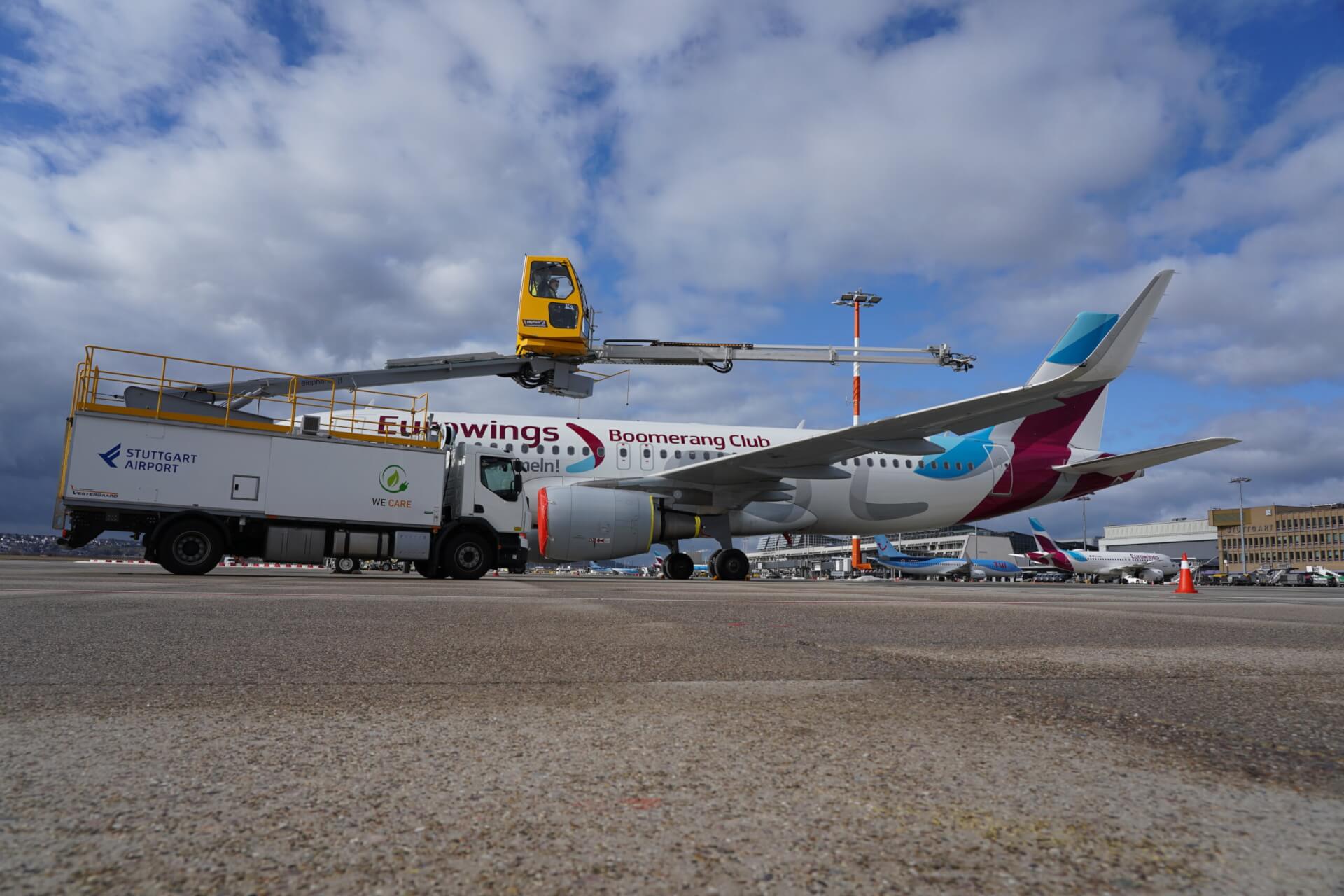 Since then, the unit has been perfected and is now in operation in 6 airports around the world.

There was of course skepticism around the electrically operated Elephant® BETA when it was presented in 2019.

Would it be able to deliver on its promises?

Would it be too difficult to charge the units? Would it mean a completely new mode of operation?

Customers have proven all this wrong. Yes, it is a different mode of operation, but mainly for the better. Deicing is now virtually silent.

The chassis engine is not idling and spewing out CO2 and other carcinogens inside the airport. The e-BETA can deice 10-20 aircraft on a single charge.

Customers across Europe and North America are now gradually replacing their existing fossil fleet with new electrically operated ones.

One customer reports back that they see an 87 per cent reduction in CO2. But even with half of that number, the e-BETA is contributing to minimizing the environmentally negative impact of ground support equipment.

The e-BETA can now be delivered with a 40 or 62 kwH battery size.

The units have an onboard charger for plug-in, and in situations where there is not enough time for plug-in charging, the Volvo engine can charge the battery in 30 minutes – or about the time it takes to drive to the re-fill station and back.