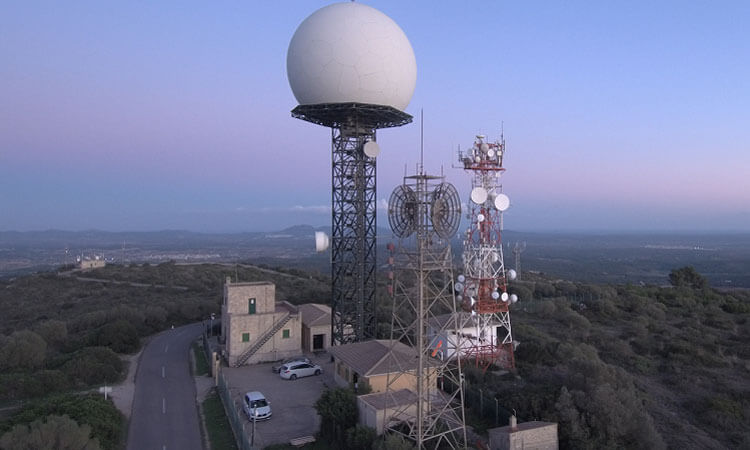 NAIRE has put into service today a new state-of-the-art radar on the island of Mallorca, in the municipality of Randa, which allows coverage and surveillance service for flights in the Balearic archipelago area, as well as traffic between the islands and the peninsula. In addition, it provides coverage to aircraft that take off and land at the airports of Palma, Menorca and Ibiza.

With an investment of 1,131,575 euros, it replaces the previous civil radar, installed at the beginning of 2003 and is replaced with a primary radar.

Randa’s radar is of the secondary type and is equipped with digital receivers and S-Mode technology, which provides more information about the aircraft that are flying, manage traffic more fluently and increase safety.

In addition, this new radar incorporates a redundant station of Broadcasting Automatic Dependent Surveillance (ADS-B), which makes it possible to obtain the position of the aircraft through the information they broadcast from their on-board sensors. Thanks to this functionality in the future, monitoring information on mechanical failures of the radar station may continue to be available.

The ADS-B station has been co-financed by the European Union Connect Mechanism of the European Union, within an ADS-B surveillance implementation project presented by Spanish (ENAIRE) and Portuguese (NAV Portugal) air navigation service providers.