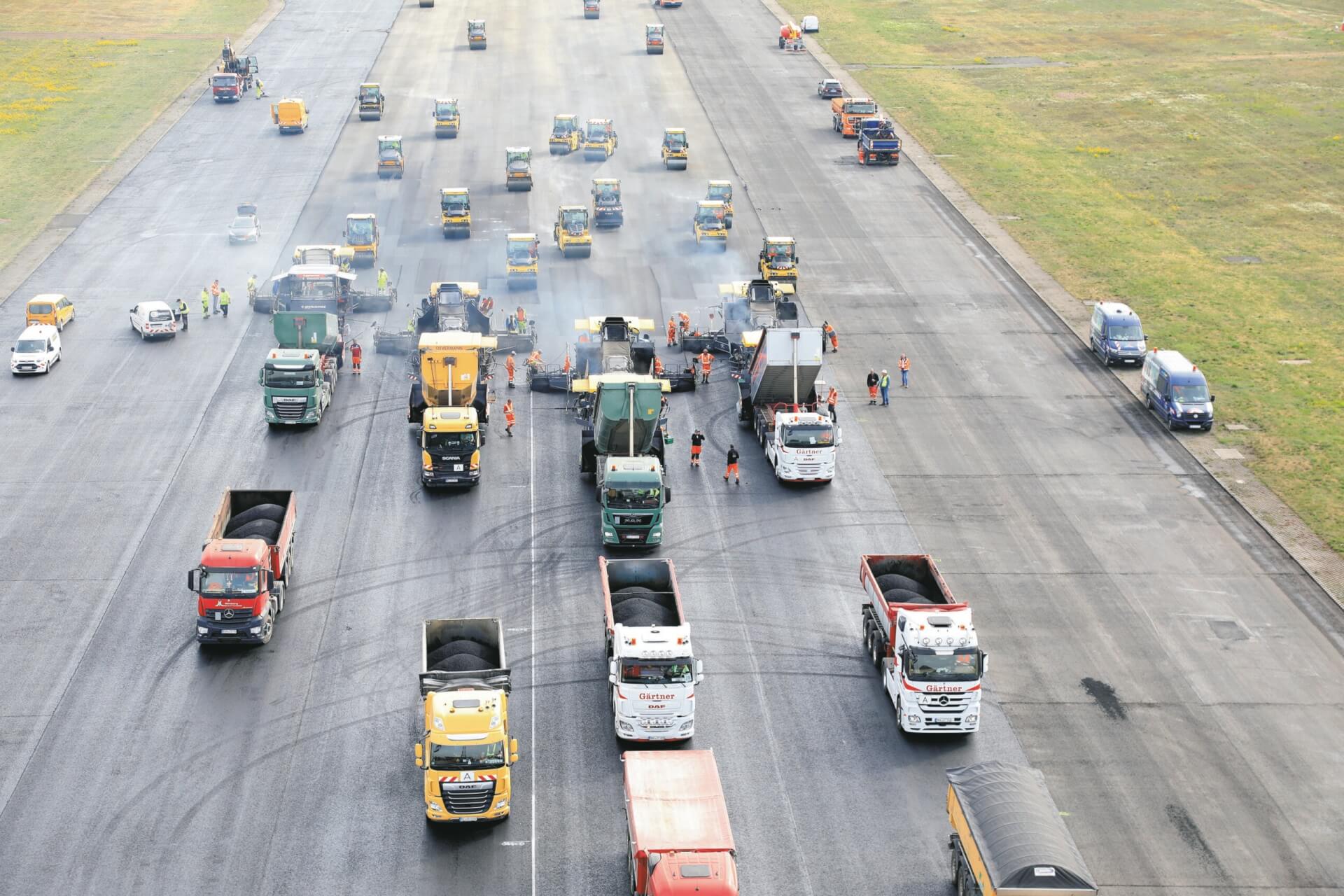 From October 3, the Center Runway (25C/07C) at Frankfurt Airport (FRA) will be closed for a period of about two weeks due to essential maintenance.

The runway’s four-centimeter thick asphalt surface will be replaced during the operation.

The maintenance is required regularly, about every ten years, as a result of normal and weather-related wear.

They are scheduled to end during the night of October 16 to 17 so that aircraft can take off and land on the runway again from around 6:00 a.m. on October 17.

Fraport, the company that operates Frankfurt Airport (FRA), is replacing some 80,000 square meters of the surface, equaling the size of ten soccer fields.

Construction vehicles will move around 13,000 metric tons of asphalt during the maintenance process.

This will require about 100 workers in a multi-shift operation.

Simultaneously, Fraport will be replacing more than 130 old halogen lights in the border lighting along the length of the runway with energy-saving, long-lasting LED lights.

Some 70 percent of the lighting used in FRA’s runway and taxiway system consists of LED lights.

The use of this energy-saving lighting technology – both on the apron and in the terminals and parking garages – is an important element of Fraport’s climate strategy for Frankfurt Airport.

The end of the busy summer season allows Fraport to take the Center Runway out of service for the duration of the maintenance works.

Extensive pre-planning is required to successfully complete the maintenance operation.

In addition to Fraport, this also involves the airlines, government agencies and the DFS German Air Navigation Services.

The parallel South Runway (07R/25L) will remain in operation throughout the construction works, as will FRA’s two other runways: the Northwest Runway (07L/25R) used for aircraft landings and Runway 18 West for aircraft takeoffs.

Fraport AG has informed the Hessian Ministry of Economics, Energy, Transport and Housing (HMWEVW) as the responsible aviation authority that the noise respite periods will be suspended for runway direction 25 for the duration of the works.

The noise-respite model provides for the Center Runway to be used for aircraft takeoffs in the evening hours and for landings in the mornings.

Thus, the noise respite periods can be met only when all runways are fully available.