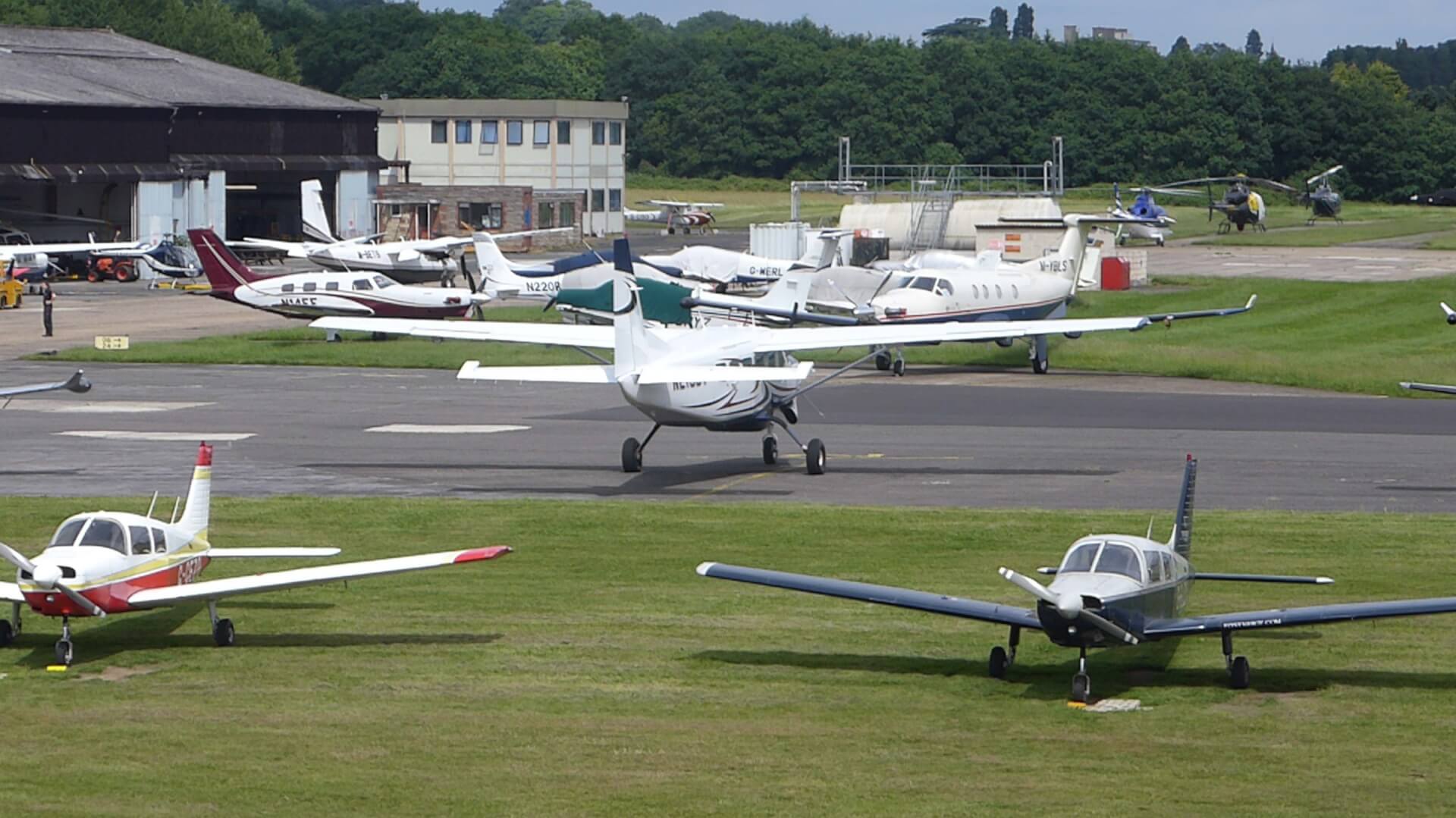 The General Aviation Awareness Council (GAAC) has proposed a fourth category of land to the UK Government that would aid in balanced economic development – through the recognition of valuable ‘Infrastructure’.

Without an ‘Infrastructure’ category, suggests the GAAC, airfields would be deemed ‘Protected’, rendering them unable to evolve and become commercially viable, and leaving them even more vulnerable to housing developers.

It also highlights that more environmentally sustainable ‘green’ aircraft powered by electricity, hydrogen (or multi-fuels like used cotton) are either already UK licensed or about to be.

The UK Government’s Planning White Paper, published last August, focused on streamlining the planning process and speeding up the provision of new housing.

At the heart of this Paper was a proposal to create three ‘Zones.’

The General Aviation Awareness Council (GAAC) accordingly suggested an amendment to the Government’s Planning White Paper ‘Planning for the Future’ to create a further planning ‘Zone’ for ‘Infrastructure’ — to include GA airfields.

Following a virtual meeting with the Chief Planner of the Ministry of Housing, Communities & Local Government (MHCLG) to discuss the proposal, a more detailed paper, elaborating on the proposal, was submitted in March.

“Most importantly in the current context, they help ensure connectivity in key locations for future infrastructure needs – in the ‘transport, digital, energy and utility’ sectors.”

After the government’s failure to confirm airfields as a specific use (under the PPG of 2003) the perception that they were “brownfield” sites made them an easy target for developers, recalls Gilder.

“This created a major issue for the GA sector, even with the National Planning Policy Framework (NPPF) Review Amendments of 2018.”  The White Paper proposals necessitated a comprehensive response from the GA community, and this was submitted by the GAAC in October 2020.

Gilder pointed out was that frequent references to Infrastructure served to underline its relevance to planning strategy/decisions, and in supporting growth, so the GAAC’s response underlines the need for all forms of infrastructure to be protected – especially transport, digital, energy, and utilities.

“A combination of the demand for housing and the perception that airfields are underused, cheap land ripe for development due to a lack of planning protection has meant a large number of aerodrome sites have already been lost. Many others (50 plus) are under threat.”

Currently it is almost impossible to create a new airfield.

“Therefore, the existing resources must be regarded as irreplaceable,” says the GAAC, which adds: “There has never been clear planning policy determining how Local Plans should deal with most of the smaller GA aerodromes.”

A lack of knowledge among Local Authority planners exacerbates this situation, it says. So, along with the new ‘Infrastructure’ category, the GAAC would like to see supporting guidance for planning officers.

The GAAC believes that current protection of GA aerodromes is “clearly inadequate” and notes: “The CAA’s current guidance (for both licensed and unlicensed aerodromes) is to lodge a ‘Safeguarding Map’ with the Local Planning Authority and agree for the aerodrome to be consulted on any planning applications which infringe the Map.

“However, other development which does not infringe the ‘Obstacle Limitations Surfaces’ on a Safeguarding Map could have a major adverse impact on the safety and, therefore, viability of aerodrome operations.

“The recent extension of the ‘Agent of Change’ principle to aviation activities is helpful but needs to go further.”

The GAAC would like to see strategically important aviation infrastructure sites supported by planning policy which “gives general protection and a general principle that additional related development should normally be allowed.”

It warns that the UK could repeat mistakes similar to those that led to the closure of many railway branch lines in the 1960s.

Identifying key aerodrome sites as ‘strategically Important Infrastructure’ that are part of a valued Network of Airfields could help to prevent such wholesale destruction.

If ‘infrastructure’ becomes a new Zoning category, the GAAC envisages provisions for reviewing the zoning on a regular basis, “possibly five-yearly, to take account of changes in material factors such as technology, demography and demand.”

Importantly, “any proposal to permanently remove the asset should require the proposer to adequately demonstrate the justification or otherwise for this.

“An Independent Planning Inspector would then be instructed to assess and adjudicate – based on viability, the degree of criticality within the overall network, and contribution to the local economy and local community.”

The GAAC also says there is: “currently little consistency in the way GA aerodromes are treated in planning policy and administration.

“Inadequate understanding of the requirements and functions of GA aerodromes and their value to the community frequently leads to issues, and there are recurring anomalies around the application of planning policy and the necessity for operational safeguarding at airfields.”

In addition, all airfields should have clear and consistent planning Permitted Development Rights and LPAs should be widely circulated that this is the case.

GAAC’s paper states: “A major reform of the planning system, coincidental with its aims of consistency, speed and transparency, offers a valuable opportunity to recognise the strategic infrastructure importance of GA airfields, and provide long-term certainty and confidence to airfield owners, investors, aviation businesses and the local community.