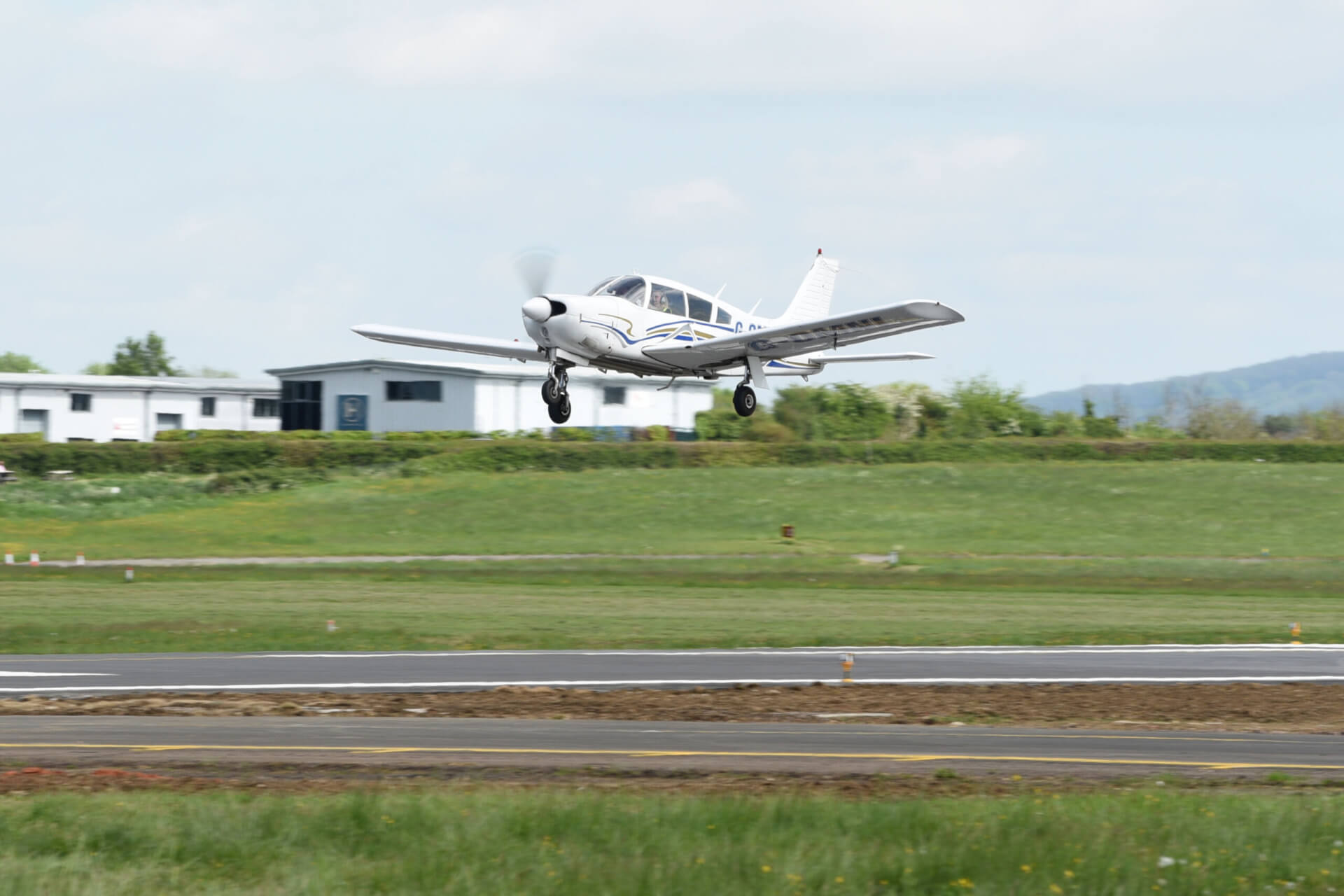 Gloucestershire Airport, the UK’s busiest general aviation airport, is celebrating the successful completion of major upgrades to its crosswind (04-22) and main (9-27) runways, which involved runway resurfacing, the installation of new runway lighting, upgrades to signs and drainage and new below-ground infrastructure in readiness for a new radar system.

The programme of work, which was carefully phased to enable airport operations to continue throughout, was delivered by VolkerFitzpatrick, one of the UK’s leading engineering companies, and project managed by Ridge & Partners LLP.

Gloucestershire Airport’s Managing Director, Karen Taylor joined Cotswold Aero Club’s Phil Matthews, one of the airport’s longest-standing tenants, in the first aircraft to take off and land on the newly opened main runway.

The airport also welcomed back Little Jet Company’s aircraft from Oxford Airport, where it had been temporarily operating while the upgrades took place.

“The successful completion of these upgrades to airside infrastructure heralds the start of a new chapter for Gloucestershire Airport – possibly the single most transformative period in our recent history,” explains Taylor.

“Putting the airport firmly at the top end of aviation standards and technology, these vital upgrades elevate the quality and status of the airport and, together with ongoing work to deliver CGX Connect, serve as the catalyst enabling us to actively explore additional revenue streams and realise our long-term strategy for sustainable growth.”

With refurbishment to the airport’s crosswind and main runway now complete, the ‘north/south’ runway has been permanently closed.

This will unlock the future development of CGX Connect – the airport’s flagship new commercial development, located on its northern perimeter between the existing Anson and Meteor business parks.

Work to allow vehicular access to the site finished earlier this month and completion of the scheme is scheduled for early summer.

The airport currently contributes around £52 million annually to the local economy and plays a key role in supporting significant projects, including cyber development at Golden Valley and Gloucester’s digital campus ‘The Forum’, both of which are now underway.

Funding to deliver refurbishment of, and improvement to, the airport’s runways was made available by the airport’s joint shareholders, Gloucester City and Cheltenham Borough Councils, in recognition of the important contribution Gloucestershire Airport will continue to make to the region’s economic growth.

Taylor continues: “Gloucestershire Airport is a unique and important asset for the county.

“With these refurbishment works now complete, we have in place the foundations on which to build the airport’s profile as a ‘gateway for growth’ – significantly contributing towards realising the county’s ambition for economic growth, providing connectivity to and from national and international destinations and establishing itself as a centre of excellence for all aspects of business aviation, aviation training and aviation-related research”.

Kevin Berry, VolkerFitzpatrick Operations Director, comments: “Keeping one runway open while works were underway to minimise the impacts on day-to-day airport operations and the surrounding area was always going to present us with some challenges.

“We’d like to thank everyone at the airport, as well as surrounding neighbours, for their understanding and cooperation over the last several months – this has all contributed to our delivering the project on time and to budget.”

“We have enjoyed working closely with VolkerFitzpatrick to deliver the upgrades on time and within budget and we look forward to seeing the sustainable growth these upgrades will help unlock for Gloucestershire Airport.”