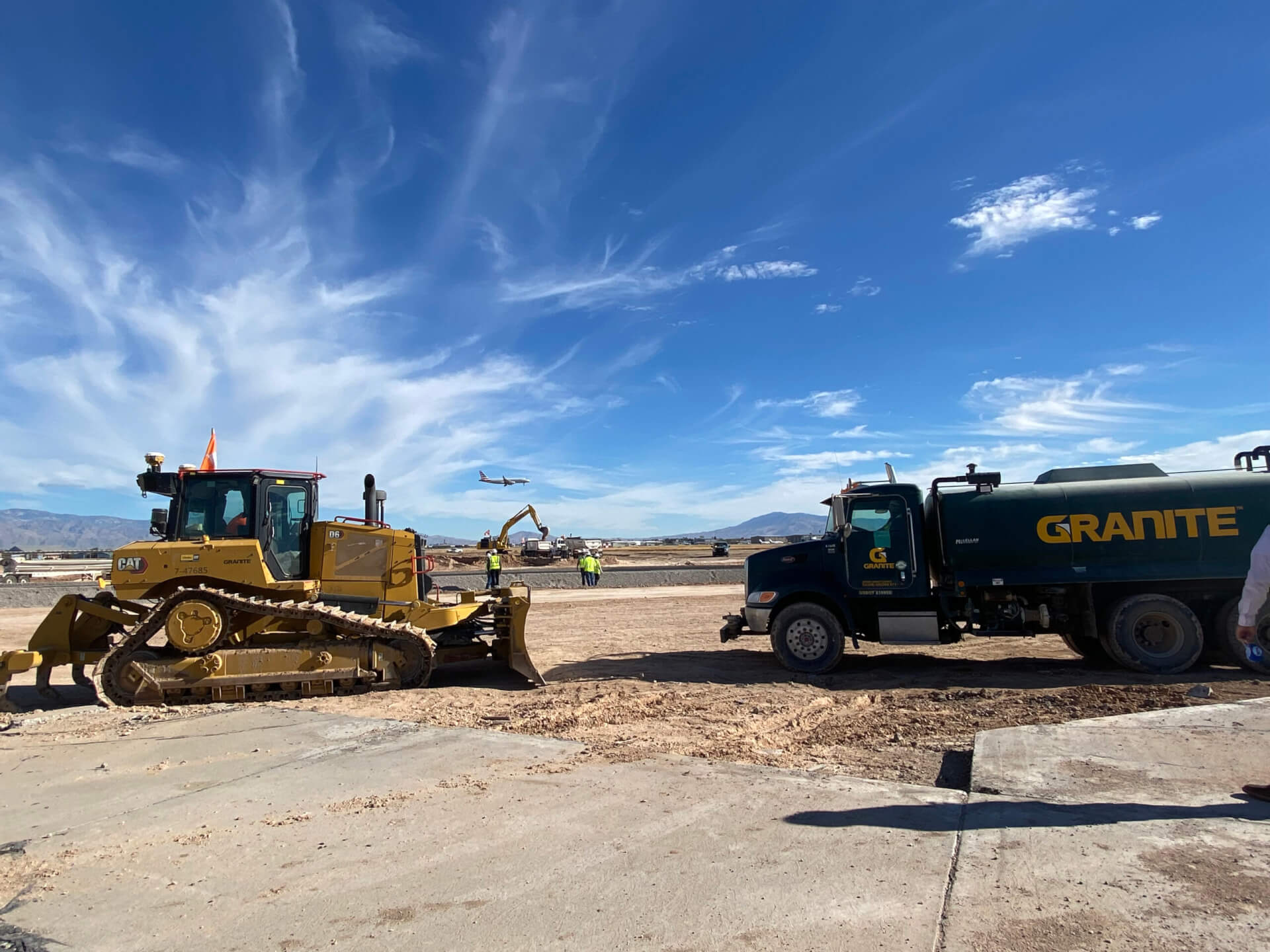 Granite announced today that it has been awarded an approximately $20 million dollar construction contract by the Tucson Airport Authority (TAA) to reconstruct an outboard taxiway (Taxiway C) at the Tucson International Airport (TUS), in Tucson, Arizona, as part of the TAA’s estimated $400 million, multi-year Airfield Safety Enhancement Program.

This will be the second work package awarded as part of the previously announced $130 million multi-year Construction Manager at Risk (CMAR) project to demolish an existing runway and re-construct a new relocated commercial runway, center taxiway, and outboard taxiway that will parallel the existing main runway at TUS.

The project is primarily funded through an FAA Airport Improvement Grant (AIP) with additional funding expected from the recently passed Infrastructure Bill prior to the start of construction. The award is anticipated to be included in Granite’s 4th quarter CAP.

“‘The construction team will continue to build upon its strong relationships established over the past decade with TAA and its stakeholders as it transitions from completing its current DBB1 (Design Bid Build 1) Project under TAA’s Airfield Safety Enhancement (ASE) Program, back to work under the existing CMAR contract,” said Zach Thompson, Granite Senior Project Manager.

“The preconstruction team continues to look for innovative, cost-saving options to right-size work packages in pursuit of ultimate program build out over the next 4-5 years given the headwinds of market volatility and funding availability.”

Granite’s Swan Plant, located within five miles of the project, will provide approximately 43,000 tons of hot mix asphalt, 42,000 tons of aggregate base course, and 10,000 tons of various other aggregates and sand.

“Every time we award a construction contract in support of the Airfield Safety Enhancement Program, we are one step closer to achieving our goal of a modernized airfield,” said TAA President and CEO Danette Bewley.

“We look forward to continuing our collaboration with Granite Construction on this next phase of the program.”

The project is anticipated to begin October 2022 and expected to be completed September 2023.