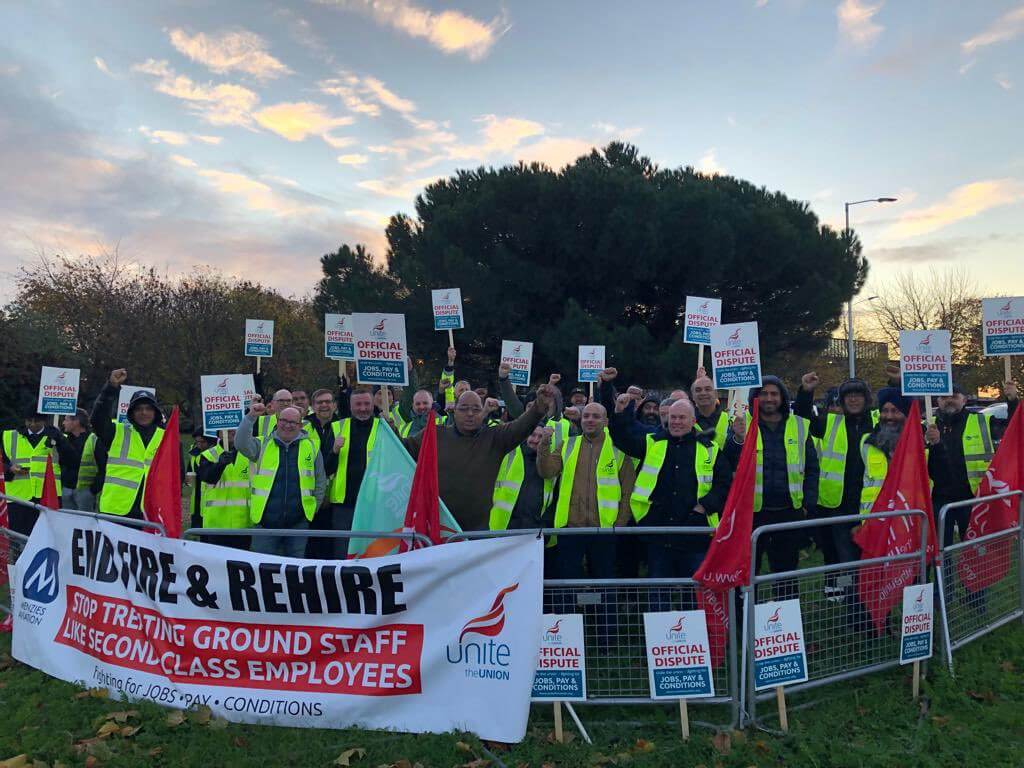 Unite general secretary Sharon Graham said: “Unite’s members at Menzies play a critical role in ensuring that planes operate safely at Heathrow. Menzies is a wealthy company and it can fully afford to pay its workers a decent pay increase. It is greed not need which is preventing a fair pay offer being made.

“Unite’s members at Menzies will receive the union’s comprehensive support.”

The strike is a result of Menzies making derisory pay offers to the ground handlers. All of the offers made to date are far below the current real inflation rate of 14.2 per cent (RPI) and amount to a substantial real terms pay cut.

Unite regional officer Kevin Hall said: “The strike action will inevitably cause serious delays for passengers at Heathrow but this dispute is entirely of Menzies own making. It has had every opportunity to make our members’ a fair pay offer, but it has stubbornly refused to do so.”

Strikes scheduled to take place involving workers at Dnata have been called off after members accepted an improved offer. Strike action involving Menzies workers employed in its cargo and trucking sections has been suspended to allow the workers to be balloted on a significantly improved offer. Due to the Dnata and Menzies Cargo strike not going ahead, passengers with Qatar Airways going to the World Cup will not be directly affected by the dispute.

A picket line will be in place from 04:00 it will be on the north side of the junction of Nene Road and Bath Road (opposite The Esso garage), postcode TW6 2AU.

Please see below for a statement from Menzies Aviation.

“Following further discussions this week regarding pay increases for our Heathrow ground handling workforce, we are pleased to have reached a positive position with GMB who represent the majority of this workforce. As a result, GMB members are being balloted with the view that the best possible outcome has been reached.

Unfortunately, the same cannot be said for Unite who continue to be obstructive and push for unnecessary strike action rather than provide any realistic counter offers for consideration, which will benefit no-one and only delay the process. We remain ready and willing to meet with Unite to hear their concerns and discuss the deal we have agreed with GMB in more detail, which we believe is in the best interest of our employees.

I want to reassure our airline customers and their passengers that we have robust contingency plans in place should Unite elect to continue with unnecessary industrial action, and we are confident our operations will not be impacted.”