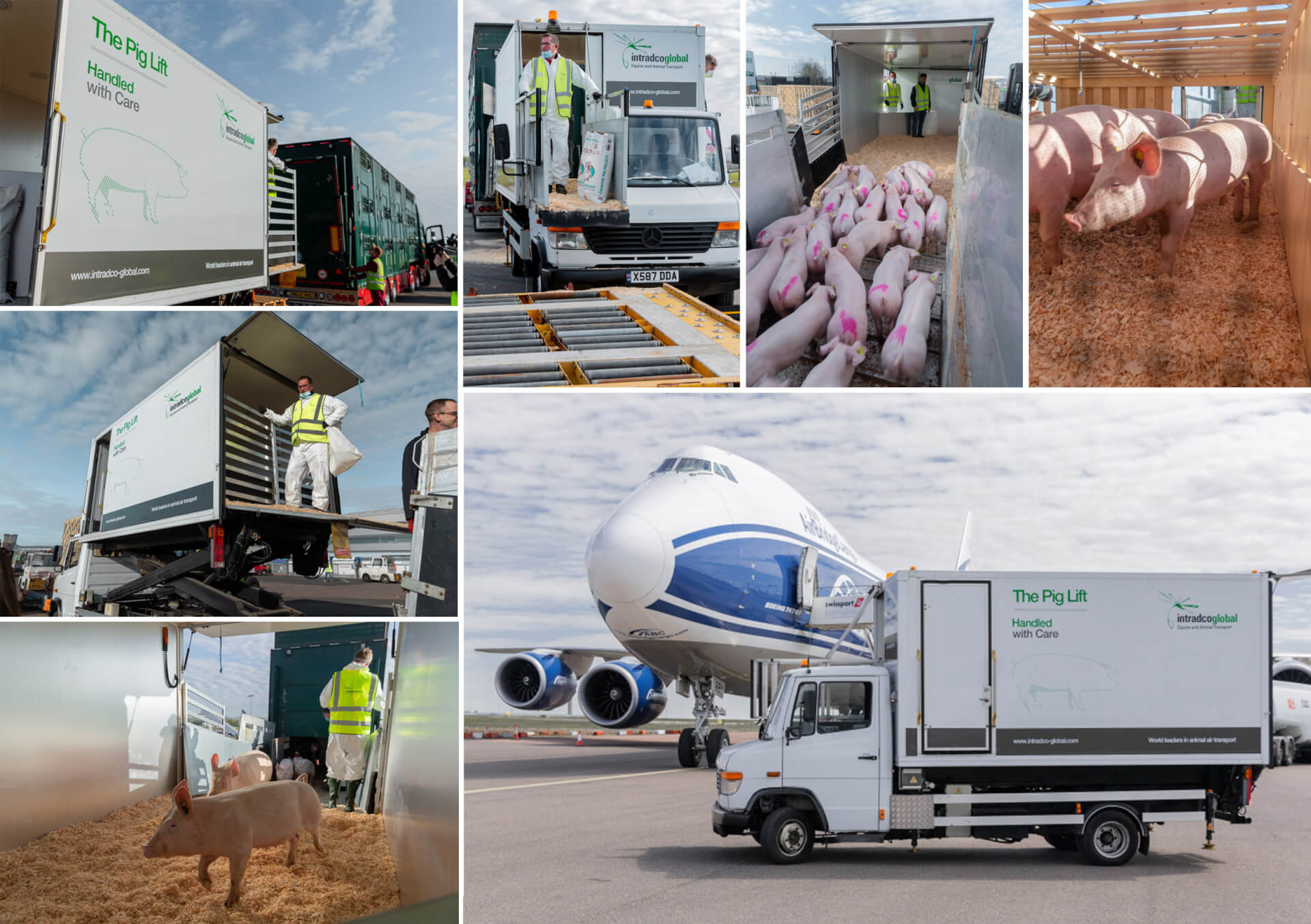 This week Intradco Global introduced their brand new innovative Pig Lift, proving that not only can pigs fly, but they can get to their aircraft in style too!

The Intradco Global Pig Lift comprises of a custom-converted van which has been modified to enable pigs to transfer from their lorry transport to their crates, at varying heights, without having to navigate any ramps.

Both the front and the back of the Pig Lift can be powered with the touch of the button to ascend and descend, to accurately meet the pigs at the level they are at on their lorry and the level of crate they are walking onto.

Without such technology, pigs must walk up and down sometimes steep ramps, which is not only potentially dangerous, but can also be stressful for them.

Intradco Global’s Pig Lift puts the pigs’ safety and happiness at the forefront of the process.

The Pig Lift’s debut was on April 27th 2021 at Stansted Airport (STN), where 1,030 purebred registered breeding pigs were its first passengers.

They were transferred from multi-storey lorries, that had travelled from Northamptonshire, onto two and three storey crates without the need to use any ramps or any moving parts that had to be manually adjusted.

The pigs then travelled on a Boeing 747-8F aircraft to Chengdu Shuangliu International Airport (CTU) in China, with a short stopover in Kazakhstan to freshen their food and water supplies.