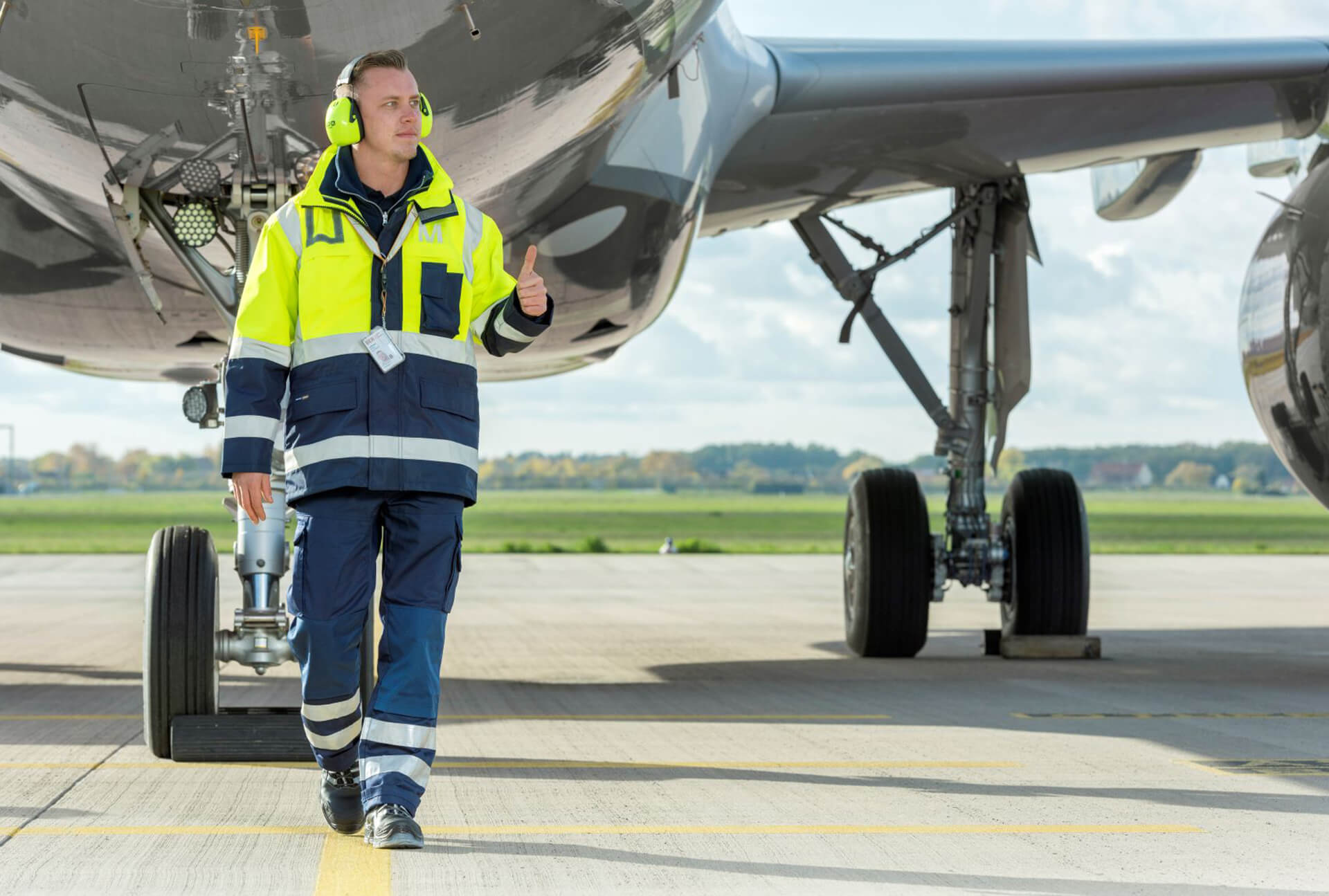 When the Berlin Brandenburg Airport (BER) opened its doors to commercial operations on 31 October last year, AeroGround Berlin – a subsidiary of Munich-based AeroGround Flughafen München – began its ground handling at the all-new gateway

In fact, with a wide range of carrier customers flying through BER, AeroGround Berlin took up position as the largest ground handler at the gateway (the other two handlers at BER are WISAG and Swissport). Primary among its customers on that go-live day were German flag-carrier Lufthansa, together with various other airlines that form part of the wider Lufthansa Group: Swiss, Austrian Airlines, Brussels Airlines and Eurowings.

Other carriers for which AeroGround Berlin started operations at BER included Anglo-Spanish carrier group IAG’s British Airways, Aer Lingus, Iberia and Vueling, as well as United of the US, Norwegian of Norway, Finnair of Finland, Pegasus of Turkey and Aeroflot of Russia.

The range of services provided by AeroGround Berlin take in aircraft and baggage handling on the apron, fresh water and toilet service provision, bus transport on the apron for passengers and crews, and baggage tracing. Moreover, for Eurowings, it also handles a five-times-a-week, round-trip, overnight mail connection between Berlin and Stuttgart, which requires the rapid loading and unloading of post weighing some eight to nine tonnes on and off a converted Eurowings aircraft.

Smooth transition
Handling in Berlin is by no means a new concept for AeroGround. It used to operate at both Berlin’s Tegel Airport (now closed) and Berlin’s Schönefeld Airport (which, for the moment, continues its existence as Terminal 5 of BER).

Nevertheless, the move to the new gateway was still a big one, and took approximately two years to prepare, says Simon Batt-Nauerz, AeroGround Berlin’s managing director. That period of preparation involved collaboration with the airport authority, carrier partners and other stakeholders with which AeroGround would be working at BER. It also included intensive training of staff as well as the actual move of both staff and equipment to the new gateway that was completed at the end of October.

Training began in about January and involved a good deal of online, virtual sessions because of the strictures imposed in response to the Covid-19 pandemic. About 3,000 man-days of training took place prior to the transition to BER, says Batt-Nauerz, but he suggests that in some ways the pandemic actually made the move somewhat easier because operational intensity at Tegel and Schönefeld was so much lighter than would otherwise have been the case.

That freed up resources, of both staff (for training) and handling equipment, which could then be physically moved in an incremental process across to BER from the two still-operational Berlin airports. In fact, about 70% of the total quantity of GSE that had to be moved was indeed transported to BER before 31 October – GSE including dollies, passenger stairs, high loaders and pushback tugs.

Still, around 600 pieces of GSE had to be relocated in the lead-up to 31 October – totaling some 800 tonnes in weight – so it was a considerable task nonetheless.

Expansion
The scope of AeroGround’s work at BER is big. The long-term handling agreement with the Lufthansa Group would see AeroGround handle around 20,000 to 30,000 aircraft movements in a typical non-Covid year. Taking its other carrier customers into account as well, AeroGround is responsible for handling more than half of all flights through the gateway, Batt-Nauerz says.

The move to BER from the two older airports was a necessary one for the Berlin aviation industry, he believes. There were inefficiencies in operating Tegel, a busy and congested old gateway, alongside Schönefeld, and Batt-Nauerz says he is “happy to have everyone [at AeroGround Berlin] in this new spot”.

Of course, flight operations will only ramp up as the industry – hopefully – moves toward a post-pandemic world. From a staff of 600 on-site today, Batt-Nauerz expects AeroGround to be deploying somewhere in the region of 1,000 handlers at BER when the industry returns to normality.

Moreover, while AeroGround occupies a strong position in the market right now, it is always looking to achieve “healthy growth” as it moves forward, says Batt-Nauerz.