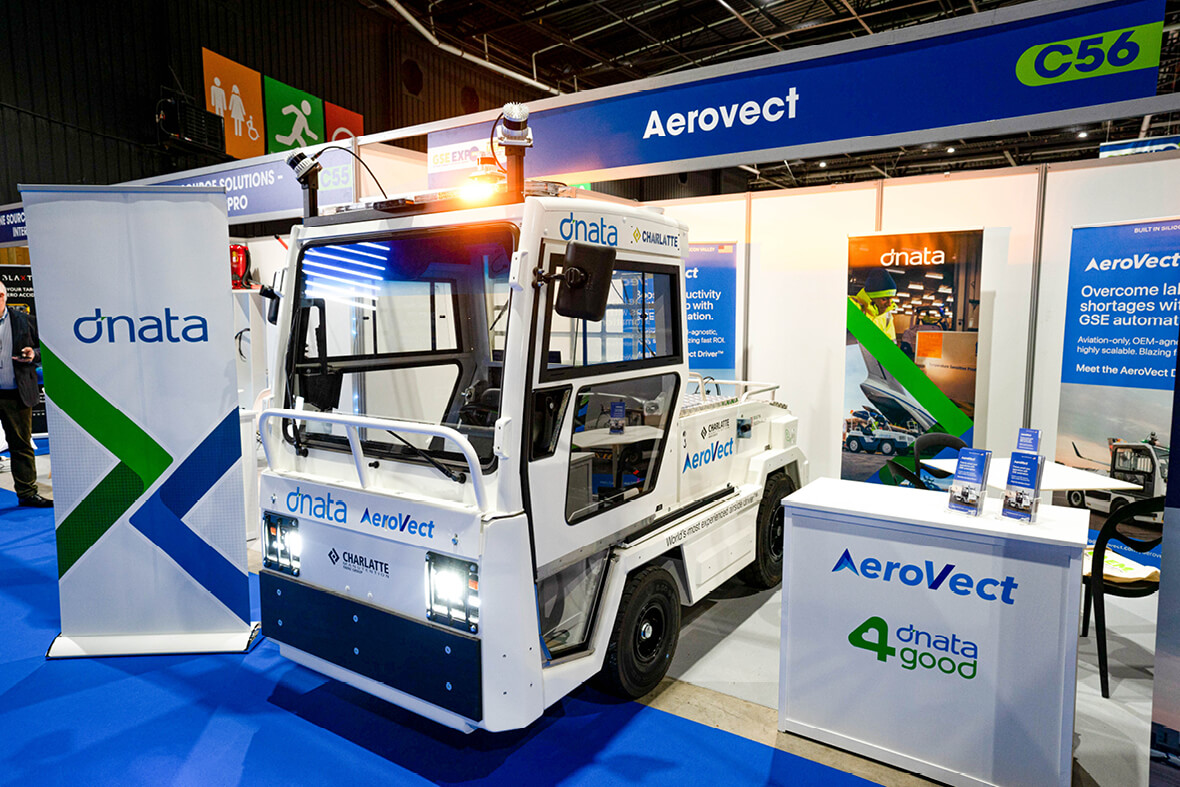 Eugenio Donati is a co-founder of AeroVect, a California-based specialist in technology for the autonomous operation of GSE. He explains how the company’s original equipment manufacturer (OEM)-agnostic, self-driving software AeroVect Driver has quickly attracted the interest of some major players in the aviation industry, the latest of which is Dubai-headquartered ground services provider dnata

Can you tell us about the origins and thinking behind AeroVect?

We started AeroVect in June 2020, just a few weeks after graduating from university, right in the middle of the pandemic. I met my co-founder Raymond Wang at Harvard [University], and we quickly became friends – we’re both deeply passionate about aviation and logistics (Raymond is a pilot in his free time).
We started AeroVect to help solve some of the toughest challenges facing the global aviation industry – chronic labour shortage, ground damage and inefficient handling operations – with OEM-agnostic automation technology for GSE that can be retrofitted on existing vehicle fleets.
We want to reinvent ground handling at the world’s busiest airports with our GSE automation software – we call it the AeroVect Driver – starting with baggage and cargo tractors. Our team is primarily made up of self-driving and robotics engineers from some of the leading companies and universities – including Argo, Apple, Harvard, Stanford, MIT [the Massachusetts Institute of Technology] and Ford – and is backed by the leading aerospace and automation investors from Silicon Valley.

You have made big progress in just a couple of years; it must have been quite a journey?

Raymond and I started AeroVect in the garage of a house just two years ago after graduating from university, and we’re now working with the world’s largest airlines and ground handlers to deploy AeroVect at scale at some of the busiest global airports – it has been an incredible journey so far, and we’re beyond excited for the years ahead as we scale AeroVect into the leading global provider of airport automation technology.
It’s very rewarding to see our technology being deployed at large airports in live operations by the world’s leading airlines and handlers.

We’re partnering with dnata, one of the largest handlers worldwide, to pilot and deploy our OEM-agnostic GSE automation technology across its global operations, starting at a major airport in the US next spring.
dnata has a bold and ambitious vision for the future of handling, and with its unparalleled scale, passion for innovation and commitment to service excellence to its airline customers, it’s a logical partner for AeroVect.

Will the testing of a dnata baggage tractor be undertaken at one of the US airports that you have already mapped?

Yes, the initial pilot deployment will involve a cargo tractor retrofitted with AeroVect’s OEM-agnostic automation software at a major US airport, which we mapped last fall [autumn]. We will autonomously transport cargo between cargo warehouses and the airport’s terminals.

We looked at your collaboration with US ground service provider GAT in the summer issue of Airside (https://www.airsideint.com/issue/summer-2022/); can you bring us up to date on how the testing with GAT has gone?

We partnered with GAT, one of the largest and fastest-growing handlers in America, to pilot and deploy AeroVect GSE automation across their North American operations, including at major hubs such as SFO [San Francisco International Airport].
We successfully completed an initial pilot deployment at SFO earlier this year, and are excited to continue working with GAT in 2023 to deliver the benefits of ground handling automation across their stations in North America.

Airlines are also beginning to take a close look at AeroVect Driver, are they not?

We’re also working with a US legacy carrier to pilot and deploy GSE automation technology at its large US hubs, which include some of the world’s busiest airports. We’ll be announcing that partnership very soon.
We have received an overwhelming amount of interest in our GSE automation technology in recent months from many of the world’s largest airlines and handlers, who are keen to leverage our industry-leading automation technology to boost efficiency and safety on the ramp.
We’re currently laser-focused on working with our three launch partners – GAT, dnata and the US legacy carrier – to scale AeroVect across their US and global operations.

What plans have you got for the coming months? Are you intending to develop the AeroVect Driver technology further or map more airports’ airside environments?

We have lots of exciting plans for the months ahead – we have a few big announcements coming up in the next two to three months, and we’ll be kicking off our pilot deployment with dnata in the spring.
We’ll also be rolling out additional capabilities for AeroVect Driver – our GSE automation software – to further enhance performance and reliability.
Regarding mapping, we have already built the world’s largest and most diverse dataset of airport driving data, including data from more than half of the top 10 US airports, including a wide variety of road and weather conditions, and we plan on mapping additional stations early next year.

Are there any particular markets that you are targeting for sales?

We’re currently focused on working with large self-handling airline and handling customers across the US, Europe and the Middle East – regions that are home to the world’s largest and most complex ground handling operations and in desperate need of GSE automation technology to address the deep pains caused by today’s chronic labour shortage, including pervasive delays and soaring costs.

Do you think that there is going to be a pretty much unstoppable trend towards more autonomous operations on the ramp, including the use of autonomous GSE? Has the pandemic sped up that process?

Airlines and handlers have been struggling with labour shortage, rising costs and ramp safety issues for years. Covid resulted in a massive dislocation in the labour market for ground handling (and logistics more broadly), making it nearly impossible for large airlines and handlers to run their ground operations efficiently with human labor.
Large airlines and handlers have realised that ramp automation is essential to running efficient, safe and cost-effective ramp operations, and – with AeroVect – the technology is finally here.
The airside automation revolution is already here, and it will only accelerate in the coming months and years as demand for air travel bounces back post-pandemic.