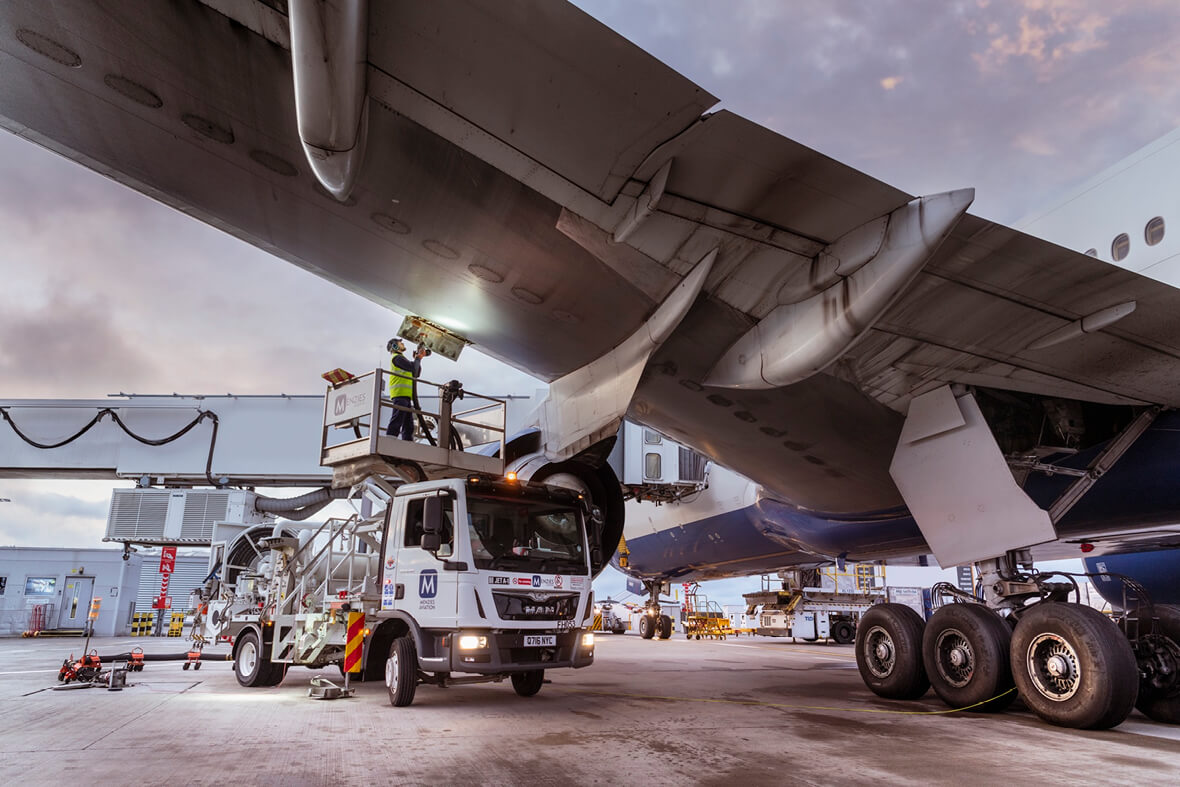 Supply chain services provider Agility has completed its acquisition of UK-based John Menzies. The latter will be combined with Agility’s Kuwait-headquartered National Aviation Services (NAS) business in a move that will offer aviation services in 58 countries

The new Menzies Aviation will, in fact, be the world’s largest aviation services provider, Agility says, in terms of the number of countries in which it operates (today, 58) – and the second largest by the number of airports it serves (today, 254). The deal values Menzies at £763 million (US$922 million).
Menzies Aviation will offer ground handling services, fuelling and air cargo handling services in a single business that brings together two enterprises that had a combined revenue of more than US$1.5 billion in 2021. It will employ in the region of 35,000 staff.
Client carriers include Air Canada, Air China, Air France-KLM, American Airlines, British Airways (part of Anglo-Spanish concern IAG), Cathay Pacific, EasyJet, Emirates, Ethiopian, flydubai, Frontier Airlines, Jazeera, Qantas, Qatar Airways, Southwest, Turkish, United, WestJet and Wizz Air.
“Menzies and NAS will create the world leader in aviation services,” Hassan El-Houry, previously the CEO of NAS and now Menzies Aviation chairman, states.
“We will have the scale and resources to expand and grow as the industry recovers from the Covid-19 pandemic. Commercial aviation is a key engine of global economic growth, and our customers need partners they can count on as flight volumes return,” he adds.
Menzies Aviation CEO Philipp Joeinig has retained his position. He promises: “With the combination of Menzies and NAS, our customers will receive world-class service, expanded product offerings, and the industry’s best safety practices at airports on six continents.”
Plus, he continues: “Agility’s backing gives us the resources to provide innovative solutions for growing and forward-thinking customers, and to develop our talent, technology and sustainability – critical factors for our future success. It also means we are well positioned to support our customers in tackling supply chain challenges and labour shortages.”
Agility vice chairman Tarek Sultan adds: “This is a new chapter for Agility, Menzies and NAS. By acquiring Menzies and combining it with NAS, Agility has the opportunity to unlock greater value in both.
“Agility has a strong track record of sustainable and responsible growth over the last two decades, driven both organically and through mergers and acquisitions, and this latest deal is part of our strategy to further accelerate that growth.
“For Agility, this deal creates the largest owned and operated – ‘controlled’ – business in Agility’s portfolio by revenue, headcount, and global presence,” Sultan observes.

Careful preparation
The deal has been some time in preparation. Joeinig recalls: “On 21 February we announced to the market that we would be willing to enter discussions with Agility/ NAS and on 30 March we were pleased to announce that we had reached an agreement on the terms of a recommended cash offer to be made by Agility/NAS.
“After that, a number of key milestones had to be met, including securing approval from shareholders and the relevant regulatory authorities. I am pleased that preparations in the lead-up to the deal completion went smoothly and we successfully completed the transaction on schedule.”
And it is certainly a deal that Menzies had been looking forward to. Joeinig tells Airside: “We are excited about the future prospects of the combined business. The goal is to be the undisputed number one in the industry and the deal will provide the springboard to accelerate growth in emerging and established aviation markets.”
That goal is hopefully to be achieved through the Menzies/NAS combination that gives the new Menzies Aviation a team of “35,000 talented, driven employees, providing air cargo, fuel and ground services at 254 airports in 58 countries on six continents. The new company will use the Menzies Aviation brand name, the oldest and most recognised in the industry, and will be the world’s largest aviation services provider by number of countries,’ Joeinig declares.
“We are determined to provide seamless, uninterrupted service for our customers. Menzies’ expanded global reach and broadened portfolio of services mean more flexibility and options for customers as they look to improve efficiency, safety, sustainability and service quality for their passengers and cargo customers.”
Moreover, with Agility’s backing, the new Menzies will “have the capital to invest in the talent, technology, infrastructure and sustainability leadership required to be the global aviation services leader”, Joeinig adds.
Synergies will, it is hoped be realised sooner rather than later. Says Joeinig: “Now that the deal has been completed, we want to start operating as one unified business as quickly as possible. We are currently developing a full integration plan to combine Menzies and NAS. We anticipate a smooth integration for customers and we are determined to deliver the highest levels of customer service and outstanding operational performance as flight volumes continue to recover.”