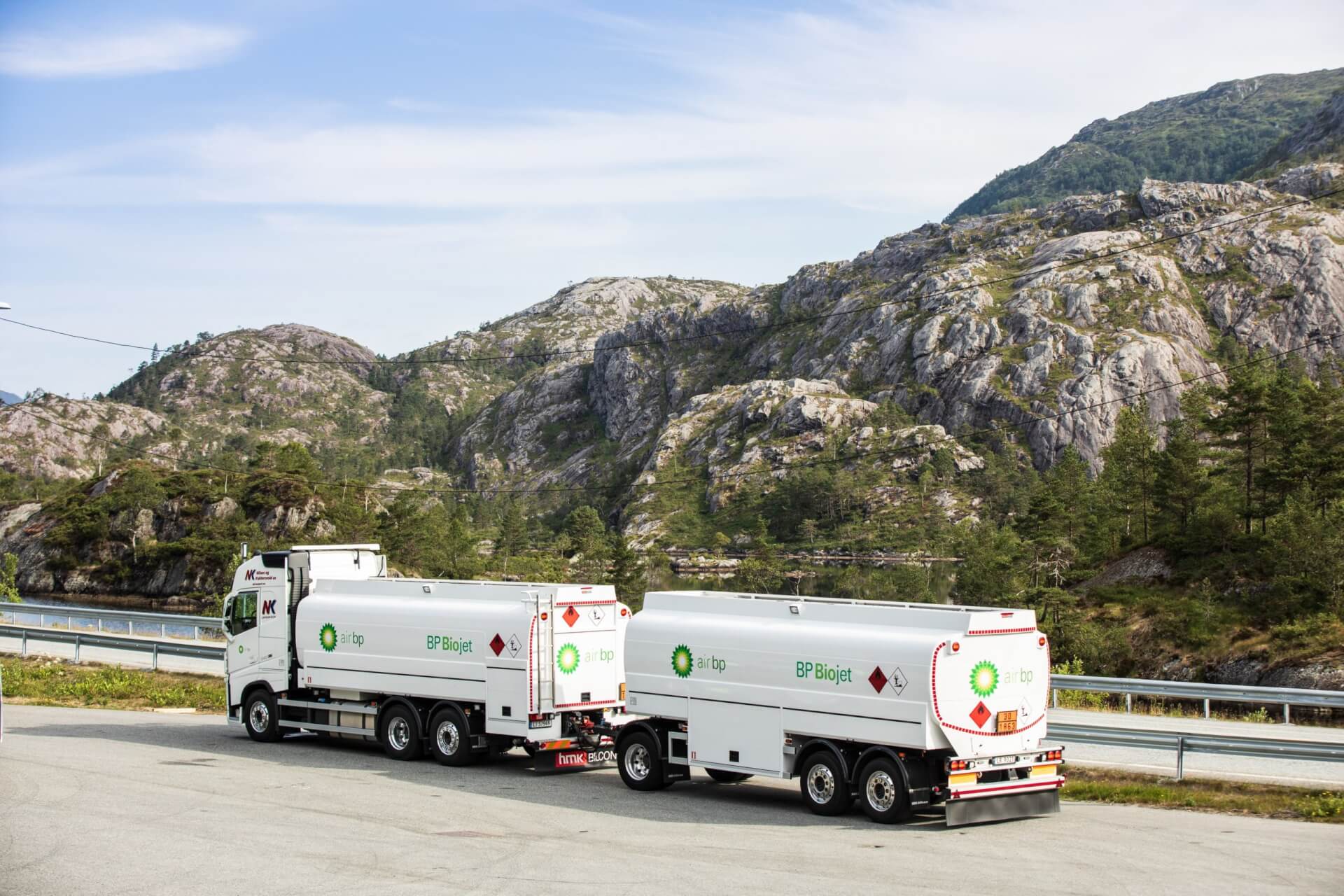 Tom Parsons, Air BP’s low carbon commercial development manager, is a big believer in the value of sustainable aviation fuel (SAF), and he tells Airside why

SAF is derived from sustainable, renewable feedstocks including cooking oil and other non-palm waste oils from animals or plants, as well as solid waste from homes and businesses such as packaging, paper, textiles, and food scraps that would otherwise go to landfill or incineration.

Other potential sources include forestry by-products, such as waste wood, and energy crops, including fast-growing plants and algae.

Very similar in its chemistry to fossil jet fuel, using SAF produces substantially lower carbon dioxide emissions in comparison. In fact, according to globally active fuel supplier Air BP, SAF offers a reduction of up to 80% in CO2 emissions over the lifecycle of the fuel compared to fossil jet fuel, the exact benefit depending on the sustainable feedstock used, the production method and the supply chain that brings fuel to an airport.

The ratio of SAF to fossil jet fuel can be as high as 50%. Once blended, SAF has the same characteristics as fossil jet fuel. Re-certified as Jet A or Jet A-1, it must be quality and safety certified just as any other jet fuel must be. While significantly cleaner than standard jet fuel, it looks and smells pretty much the same; it can be transported in the same tankers and supplied on-airport using exactly the same infrastructure, equipment and processes as regular jet fuel. And any aircraft that can be fuelled by fossil jet fuel can equally be powered by SAF blends.

Air BP’s SAF is called BP Biojet and is currently made from used cooking oil and other waste.

Air BP teamed up with Brazilian airline TAM (now LATAM) for a test flight using SAF back in 2010 and has expanded its commitment to sustainable fuel significantly since then. It has, for example an ongoing collaboration with leading renewable fuel producer Nesté (dating back to 2018), which produces sustainable available fuel made from non-palm oil-based used cooking oil and other wastes and residues. Through this collaboration, Air BP is looking to develop new SAF supply chains.

Plus, in 2016 Air BP launched a partnership with Fulcrum BioEnergy. The Californian company is building a plant in Reno, Nevada, that will produce sustainable transport fuel from household waste. Fulcrum intends to construct additional facilities and ultimately plans to supply Air BP with over 50 million US gallons of SAF per year.

Air BP began supplying SAF commercially through the existing hydrant fueling system at Norway’s Oslo Airport back in 2016 and, to date, it has supplied SAF at 15 locations in five countries across three continents. Its Biojet has been used to fuel many aircraft ranging from small private jets to large passenger aircraft.

As well as its Scandinavia connections, Air BP has also provided SAF for Delta Air Lines and Airbus in the US. It has supplied around 20 different customers with SAF over the years.
The challenge
An increased take-up of sustainable fuels is essential to improving the environmental performance of the aviation industry, Parsons considers.

“We see ourselves [Air BP] playing a leading role this space. We are very motivated to play our part but it needs all the industry’s involvement. Smart technologies and greater efficiencies will be vital, but they will only go so far, he suggests.

In the context of an ever-expanding aviation industry, SAF will be critical.

So, what’s the problem? Why aren’t all airlines moving across to SAF? Well, the biggest challenge for the carriers remains the cost of sustainable fuels. The lack of sustainable feedstocks and the investment required for new production technologies and facilities means that SAF remains expensive by comparison with fossil jet fuel.

Air BP expects the cost of SAF to come down, but Parsons notes that it will be some time yet before it matches that of regular jet fuel.

The higher cost of sustainable fuels is certainly a key issue to be addressed if more carriers are to fuel their aircraft with SAF. But airlines are used to fluctuations in fuel costs, so higher costs of these types of fuel not be prohibitive. Moreover, the SAF incentive schemes offered by airport operators – including Swedavia in Sweden, of which more later – and by governments are becoming more common. In the US, for example, SAF fuel producers can gain credits in the same way that suppliers of cleaner fuel to the aviation industry can.

Other national governments are actually starting to mandate that a percentage of sustainable fuels be used by the industry. In Norway, for example, there is a legal quota requirement of a ratio of 0.5% advanced biofuel in the annual volume of aviation fuel sold by suppliers in the country.

Moreover, Parsons observes, “We are now seeing real commitment from many more airlines” when it comes to SAF. United in the US was amongst the first to really commit itself to sustainable fuels; others, such as British Airways (part of IAG), Cathay Pacific and Delta are following suit. The bigger legacy carriers may have the financial heft to invest in the change, but they also have much to gain. They operate widebodies on long-haul routes, using large volumes of fuel as they do so, and many of them tend to operate slightly older, gas-guzzling fleets than some of the newer airlines.

But even amongst the low-cost carriers, interest in SAF is “growing”, Parsons points out.

The airport operators are also playing their part and in this regard, the Nordic region is taking the lead. As mentioned above, Swedavia, which manages some 10 Swedish airports, is determined to reduce its carbon footprint. It has two schemes in operation that relate to SAF. First, each year it buys a quantity of sustainable fuel proportionally equivalent to that consumed in the flights taken by its own staff for business purposes.

Second, it offers a financial incentive for airlines flying through its gateways that have adopted SAF, making a contribution to the carriers’ additional costs accrued through sustainable fuel use.

Across the border, Avinor, Swedavia’s Norwegian equivalent, worked with Air BP at Oslo Airport in 2016 as part of the EU’s ITAKA project designed to investigate the value of camelina as a potential feedstock for sustainable fuel.

Clearly, the industry has a long way to go on SAF. And it is going to take time and money to meet the targets being set for emissions reductions. But there are signs that the importance of the goal is now much better – and more widely – understood than ever before. And that is surely half the battle.