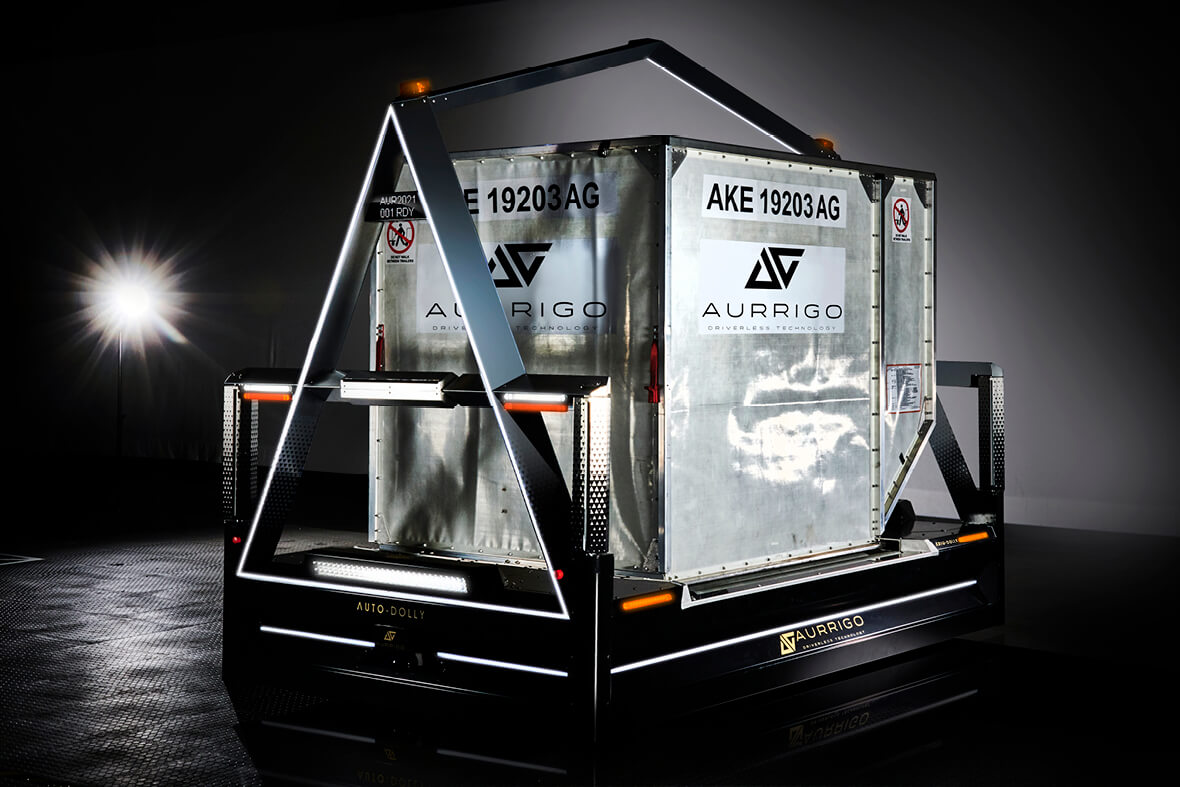 UK-based transport technology innovator Aurrigo has floated on the London Stock Exchange. The funds raised are expected to finance significant growth and development for the company and a number of its products

On 15 September, Coventry, UK-based autonomous transport technology specialist Aurrigo International listed on the AIM market of the London Stock Exchange (LSE), as it raised funds to expand its product development and testing programmes. AIM is a sub-market of the LSE that provides a market for small and medium-sized companies looking to grow.
Miles Garner, Aurrigo’s sales & marketing director, spoke to Airside on the day of the initial public offering (IPO). He reports that £8 million (US$9.1 million) was raised, 40% of the value of the company. The remaining 60% for the moment remains in the hands of David and Graham Keene, brothers who founded the business 29 years ago.
The company had looked at all the possible options for attracting further investment to grow, says Garner, but the owners decided that the best option would be an IPO. The process of listing on the LSE began as far back as November 2021, with the shares actually going live on the market at 08.00 on 15 September 2022.
David Keene, CEO of Aurrigo, comments: “An AIM IPO represents a significant milestone for Aurrigo and provides a platform to fulfil our potential whilst making a meaningful difference to airports, airlines, passengers and cargo around the world.”
He adds: “The global transportation market is ripe for disruption. Aviation has significant structural constraints, with decades-old technology/equipment and labour shortages hampering its recovery from Covid-19 and its long-term growth prospects.
“Our innovative, autonomous technologies are ready to revolutionise airport ground handling of baggage and cargo.”

Auto-Dolly
The funds raised by the IPO will be used in large part to support the further development of Aurrigo’s Auto-Dolly® product, an autonomous vehicle for moving passenger bags and cargo at airports.
As reported in Airside last year (see https://www.airsideint.com/issue-article/aurrigo-launches-innovative-autonomous-auto-dolly/), an electric Auto-Dolly can navigate autonomously, moving from one task to another, being available for picking up and then dropping off bags or cargo without the need for any human operators.
Moreover, an Auto-Dolly is designed to be able to move baggage or cargo in either interior or exterior airport operating environments in all weathers. All-weather operation is enabled by “weather-hardened sensors and innovative software processes” that allow the machine to operate in snow, heavy rain, direct sunlight and fog.
Initially, the new capital will be used to finance a big increase in headcount on the Auto-Dolly project, says Garner, particularly electronic and software engineers. In fact, more than 50 jobs are to be created at the company in the UK and at overseas sales and technical offices in North America and the Far East.
These new posts will help the company as it progresses the testing of the Auto-Dolly currently taking place at Singapore’s Changi Airport, as well as allowing a scale-up in the intended production run of the unit. Testing in Singapore – where Aurrigo has been working with airport operator Changi Airport Group (CAG) and the Civil Aviation Authority of Singapore (CAAS) via a joint UK/Singapore government grant-funded programme – has gone well, Garner reveals.
Aurrigo has been on the ground at Changi since October 2021 and currently has an office at the airport’s Terminal 2 and a team of engineers supporting trials of both the Auto-Dolly and its Auto-DollyTug® unit (of which more below). “It’s been a good demonstration of the technology,” says Garner, and, with the re-opening of the airport’s Terminal 4 in mid-September, more testing will be carried out.
Tweaks have been made to the vehicles as a result of the testing, but there has been no need for any major changes, Garner asserts. As for the future, Aurrigo is currently in conversation with a number of potential operational users of Aurrigo technologies around the world, he says, adding: “They are very interested in this tech from us.”

Simulator
The additional funds accruing from the public listing of the company will also support the further development of Aurrigo’s Auto-Sim® simulator, which is “a digital twin modelling tool” for airports, Garner explains. It is a proprietary, sophisticated cloud-based tool that can be used by airports, airlines and ground handling companies to model a business case for the deployment of autonomous Aurrigo vehicles, including the Auto-Dolly and the Auto-DollyTug.
The Auto-DollyTug is another autonomous unit, this one being designed to carry a standard aviation baggage container – a ULD – or loose bags like the Auto-Dolly product, but with the added benefit of being able to tow an additional three conventional baggage dollies. The vehicle can be driven manually or operate fully autonomously.
Auto-Sim can also be used for the simulation of all other currently manually driven airside vehicles and operations, and Garner believes its potential benefits to customers are both varied and significant. It has been demonstrated to various potential customers, one recent interested party being Grand Rapids Gerald R Ford International Airport in Michigan, US, and has attracted plenty of interest elsewhere as well, Garner says.
Another product developed and being manufactured – like all of Aurrigo’s – from “the ground up”, is the Auto-Cargo® vehicle. This is the “big brother” of the Auto-Dolly, says Garner, and is intended to be able to carry a standard cargo pallet while also towing a standard cargo trailer, thereby replacing the existing ‘dockside truck’ and two-dolly combination commonly used at airports.
“This is a very exciting time for us and for UK innovation more generally,” says Garner, noting that the investment generated by the IPO will allow the company to expand internationally.