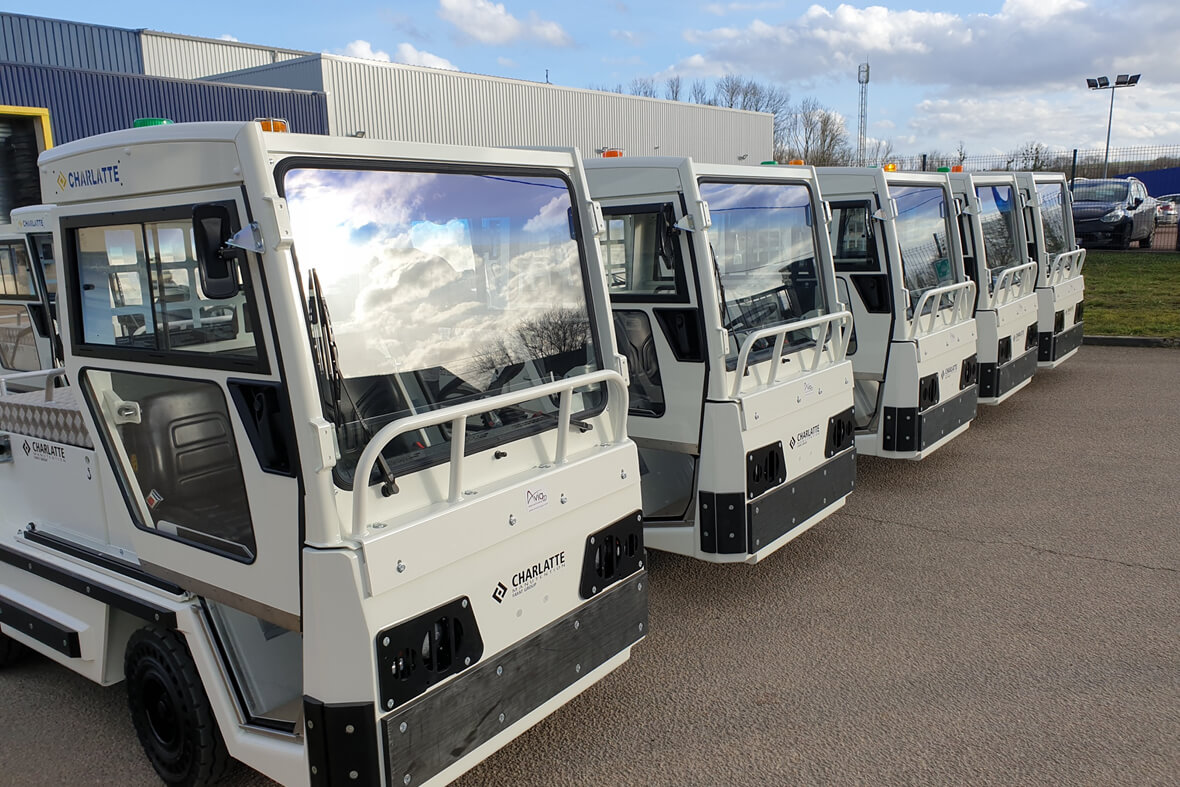 Late last year, GSE supplier Aviaco won a contract at Amsterdam Airport Schiphol for the provision of 15 electric tractors under a full-service rental deal. All the units have since been delivered and are in use with the airport operator. The deal represents another important step for the company’s GSE full-service rental business

“This will be a big door-opener for us, not only enabling us to build our footprint at Schiphol but also offering the hope of other similar rental projects in the future,” says Danny Vrankcx, CEO of Aviaco GSE.

The tender for the electric baggage tractors was put out by Amsterdam Airport Schiphol last year and, with Aviaco proving victorious, it has now become the third GSE repair and maintenance provider at the Netherlands’ biggest air gateway.

The maintenance and repair station at Amsterdam is an addition to Aviaco’s other facilities located at Heemsekerk in the Netherlands and in Tarragona, Spain.

The 15 brand new Charlatte electric baggage tractors comprise a number of both the France-headquartered manufacturer’s T135 EVO and TE206 NEO vehicles. All have now been delivered and are in operation at Schiphol, Vranckx confirms. Schiphol is using the vehicles to handle baggage in the airport’s luggage room: the place where all baggage is brought together either being flown into the airport or prior to the departure of their flight. Here, baggage is sorted for the appropriate flight or prepared for passenger pick-up at the carousel.

There are many other Charlatte tractors in operation at the airport, but only these 15 are operated by the Royal Schiphol Group, the rest being used by handlers at the gateway such as KLM, Swissport, Aviapartner and Menzies, explains Paul Groot, service owner aircraft at Schiphol.

The 15 baggage tractors were handed over to Aviaco in mid-February at the Charlatte Manutention factory in France, where the GSE manufacturer’s chief commercial officer Yassine Belkaid formally transferred the units to Vranckx. They were soon on their way to the Dutch capital.
According to Groot, Schiphol is more than happy with the brand-new GSE, having previously rented in their place much older models. Moreover, he adds, the operator has also been more than happy with the service provided by Aviaco.

Vranckx sees this deal as a very positive sign for the future. While Aviaco is perhaps best known for supplying customers with refurbished GSE, it also offers brand new equipment with full-service repair and maintenance support, a growing element of its product and service mix.

Amsterdam-based financial services company ING Group is now providing financial support for the implementation of Aviaco’s expansion plans. ING has highlighted Aviaco’s prioritisation of greener electric GSE, as can be seen in this latest Schiphol deal, as a particular factor in its interest in the company and its plans for the future.