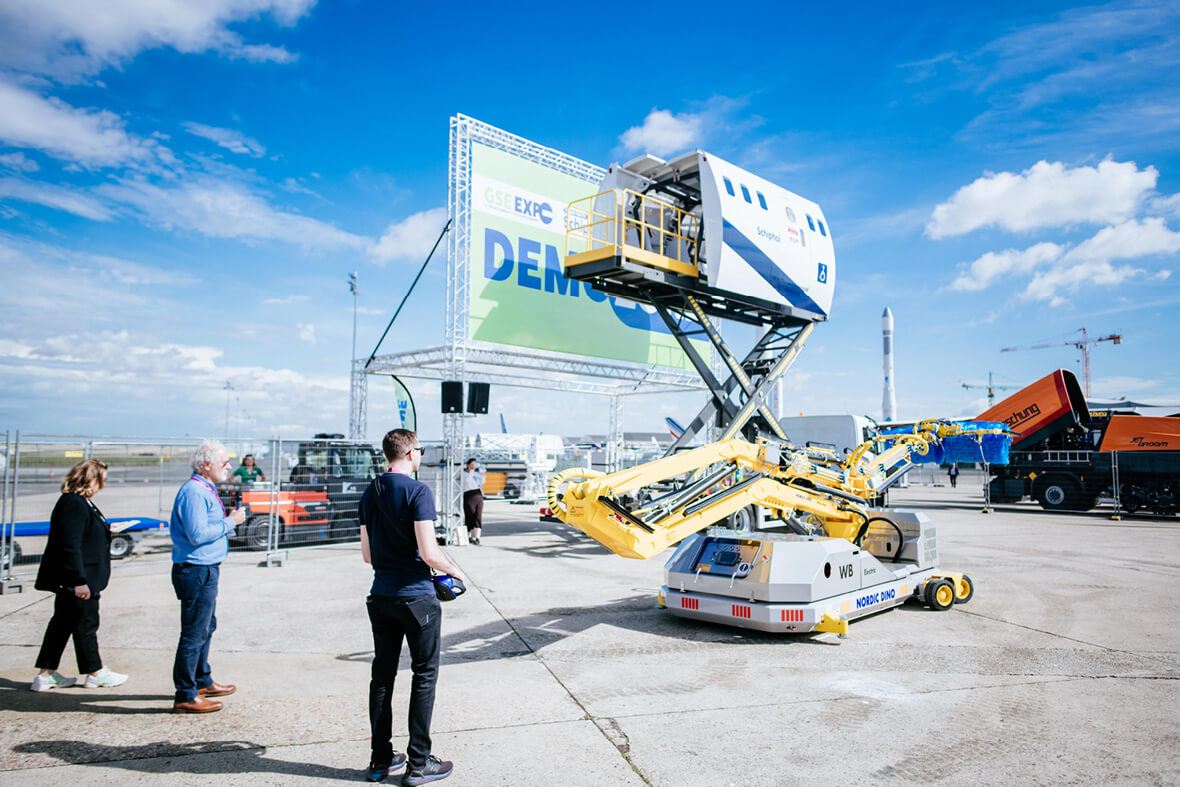 In September, a new event dedicated to ground support equipment was launched. GSE Expo Europe, held at the Le Bourget Exhibition Centre, Paris, attracted large numbers of GSE suppliers and operators, and
was hailed as a big success by its organisers, the International Airport Equipment Manufacturers’ Association (IAEMA)

Jennifer Matasy is the chair of IAEMA, having taken over the role from Michael Bloomfield in June this year (she has also been an active board member of IAEMA for four years). As such, she played a critical role in the show and is well placed to look back on its success.
She and IAEMA are “exceptionally happy” with the way that the show went, Matasy says. Association members were delighted with the quality of the customers and potential customers that visited the event. In total there were more than 3,500 exhibitors and visitors over the three days of what was IAEMA’s first such European event, which was held in “a great location, surrounded by so much of the history of aviation” at Le Bourget.
There was very active participation from sponsors and the media, while the emphasis on innovation was widely welcomed by attendees, Matasy continues. The extremely positive feedback that IAEMA collected from those who visited or exhibited at the event referred to the location and the time of year at which the Expo was held, the number of attendees, and the engagement that was shown by so many involved in what was a pioneering event.
There was of course some early scepticism before this entirely new event, but any doubts were fully dispelled by its success, Matasy advises. She is delighted with the inclusivity that brought together all the exhibitors, both IAEMA members and non-members, in Paris.
Designed and managed as a “dedicated community hub for GSE suppliers and users”, GSE Expo Europe is to be held every two years (in even-numbered-years), with IAEMA’s US-based exhibition to be held every other year (odd-numbered years) in Las Vegas.

Demonstration and innovation
As there has been at GSE Expo Europe’s Las Vegas counterpart, in Paris there was an outdoor Demo Zone for various items of GSE brought to the show by some of the biggest of the industry’s equipment manufacturers. On show were Boschung’s Pony P3.0 multipurpose vehicle, SYN TRAC’s new vehicle attachment docking system, Timsan’s SAV5800 ambulift, and SM Rental Fenwick’s Linde electric tow tractor. Outdoor demonstrations were held over all three days of the show.
There was also an Innovation Zone at the event for those looking to showcase the very latest in GSE development. Targa Telematics offered its thoughts on how to use data to meet and exceed key performance indicators (KPIs), Plug Power talked about the advantages of using hydrogen to decarbonise GSE operations, and EasyMile considered how autonomous technology can be used on today’s and tomorrow’s airport ramps.
News from the show included the handover of a PHOENIX E electric pushback by German GSE supplier Goldhofer to handler PortGround (one of two destined for its Leipzig operation), as well AeroVect’s new partnership with Dubai-headquartered handler dnata – a story covered elsewhere in this magazine.
On stands right across the exhibition were numerous items of GSE that boasted the latest technological developments, news about much of which can also be found in these pages – see, for example, the stories on Denmark’s Vestergaard, Italy’s AVIOGEI and the USA’s Textron in this issue of Airside.
A number of revealing interviews with various exhibitors at the show can also be accessed in the larger digital issue of this edition.
The event was devoted entirely to GSE, rather than the wider aviation and airport business. Say the show’s organisers: “Our collective ambition was to create a GSE show by the community, for the community”. They certainly seem to have succeeded.
The next GSE Expo Europe, to be held in September 2024, will not, however, be held at Le Bourget because the Olympics of that year are to be hosted by France’s capital city. It will instead be held in another primary European location, Matasy confirms. IAEMA has already narrowed the field down to three possible host cities. She believes that the 2024 event will build on the momentum achieved in Paris, and is likely to be even bigger.