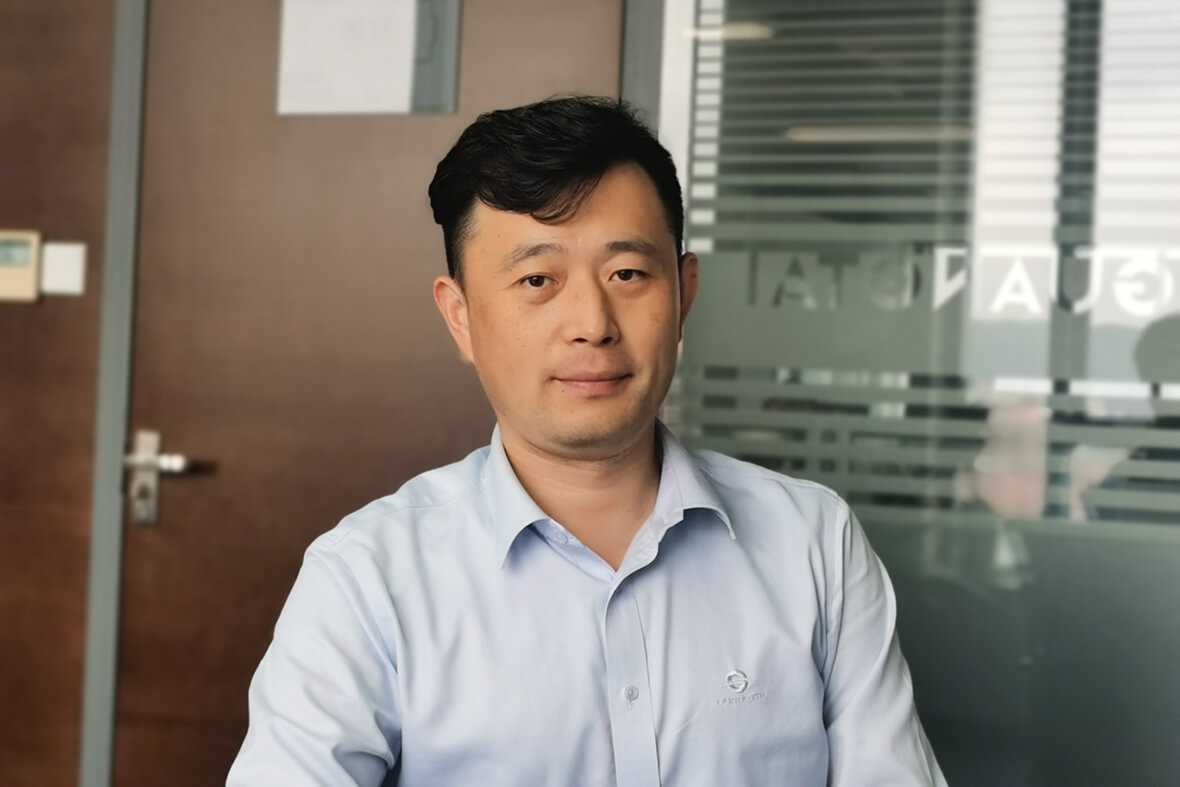 In late October, GSE supplier Weihai Guangtai marked its 30th anniversary. As part of that celebration, customers and partners were invited to the company’s headquarters in Weihai, China, to look over its latest product offerings

Ben Xu is Weihai Guangtai’s overseas director. Based at the company’s HQ in the seaport city of Weihai in northern China, he and his department focus on all international matters across the business, including sales, procurement and business development beyond China’s borders.
He explains that, for the recent 30th anniversary celebrations, Weihai Guangtai brought together all its 2,000 or so employees, though largely remotely through the medium of online meeting technology. Awards were announced for staff who have performed particularly well and who have served the company in any outstanding way, whether they be sales people, engineers or active in any other aspect of the firm’s business.
These awards reflected the dedication with which staff have served Weihai Gunagtai over the years, he says, many of whom have gone above and beyond the call of duty to help the company become the large and influential GSE supplier that it is today.
Given the impact of the Covid-19 pandemic on people and on the aviation industry, it was a particularly poignant moment to celebrate the efforts made by employees over the last couple of years, as well as their contribution in better times.

State-of-the-art GSE
During a second day of marking the 30th anniversary, customers, suppliers, friends and partners were invited to the company’s factory to look over the latest technologies and products that Weihai Guangtai has developed recently, some of which are actually still in the later phases of testing and development. These new products reflect the investment and effort that the company is making in innovation and state-of-the-art technology application in its GSE, says Xu.
Many of those invited were customers, Xu remarks, “who have supported us over the years”. They were all “happy to see how quickly we have grown and what we have achieved over the course of 30 years, and particularly in recent times”.
Suppliers were also in attendance and they, too, were “proud to share in our achievements”, Xu adds. Finally, many “old friends” were invited and joined in the anniversary celebrations. “We wanted to show our appreciation and support for our friends,” he says.
Those present could see for themselves some of the latest technological innovations and new products that Weihai Guangtai has either recently released onto the market or expects soon to do so.
One of the new developments on display was Weihai Guangtai’s new electric de-icing unit. The de-icer is fully electric, employing battery power for both motive power and for heating the liquid de-icing solution prior to spraying.
Weihai Guangtai has been developing electric products for about a decade – it offers battery-powered variants of product types including loaders, belt loaders and ground power units (GPUs), indeed of most of its GSE lines – but this is the first time it has developed an electric de-icer. And, says Xu, “Electric products and driverless equipment are a particular focus for the company right now.”
The new de-icer is provoking a lot of interest, he observes. The company already supplies de-icers to many Chinese airports; in fact, it is a market leader in China for these specialised vehicles, he informs, but the battery-powered option is likely to prove very popular in the domestic market, given China’s prioritisation of sustainability and specifically its commitment to reducing harmful emissions in its aviation sector.
The electric de-icer remains at a prototype stage, but should be ready for sale next year, Xu says.
Staying on the theme of electric GSE, also available for inspection was the company’s new ‘battery swap station’, a facility for changing the batteries of electric GSE without needing to resort to battery charging. The process of switching a battery should take just five minutes, Xu says, in a process that has been borrowed from the automobile industry. “The technology is quite mature,” he observes.
Swapping batteries at such a station would perhaps be a possible response to the issue of insufficient charging infrastructure being available at any given airport. Being a safe and quick option for getting discharged battery-powered GSE operational again quickly, it could prove a very popular option for some ground handlers, Xu believes.
A third new product on display was very much a first for Weihai Guangtai: a passenger boarding bridge (PBB). The new system reflects the company founder’s ambition to offer all types of GSE and on-apron aircraft handling infrastructure to the market, Xu informs.
It has taken something like five years to design and develop this prototype PBB, but should be ready for deployment sometime next year. Some product development and certification from the relevant aviation authorities are still required and, as a totally new area of development for the company, “It has been a big challenge for us,” Xu says.
As with the other new products, there has already been a lot of interest in the PBB design, he adds. The company is likely to look at China for initial sales – and there is no shortage of potential demand in a country that has a hugely impressive plan for both new airport construction and current airports’ expansion – but the aim will be to offer the system across the global airport market in time.
Finally, an all-new aircraft rescue and firefighting (ARFF) vehicle was also demonstrated at the factory in Weihai. The company has been offering ARFFs to airports for a decade or so and is, alongside non-Chinese providers such as Rosenbauer and Oshkosh, a well-respected supplier of such vehicles to the Chinese market.
This latest ARFF has been in development for some years and incorporates state-of-the-art technology and a high level of capability, Xu notes. It has performed well in testing, and benefits from component parts manufactured by well-established and well-respected suppliers such as Scania for the engine, Twin Disc for transmission and Kessler for axles.

Excitement
A lot of customers who took the opportunity to look over these new products were excited by their modern concepts and technologies. In fact, says Xu, “They were stunned” by some of what was on display.
“We have had a lot of feedback from the day and questions from potential customers, many of which were very practical. These were fed back to our engineering department.”
As such, the day was a “really good education” for the company, he adds. Weihai Guangtai has always been very flexible and placed great emphasis on customer care, and the gathering enabled it to gain more interaction with its customer base. “We want to meet all our customers’ needs, even though we know there is no perfect product,” Xu notes.
“We will always listen to our customers and act on their requirements. That is very much part of our corporate culture.”
So is the desire to offer reliable, good quality products at a competitive price, Xu continues, with those elements supported by strong after-sales service.
Supporting all that are new methods by which customers can maximise the benefit of their GSE, including telematics and fleet management systems that Weihai Guangtai is now exploring.
As to the future, the company will be looking to help the aviation industry become more efficient and even “cleaner”, says Xu. Meanwhile, “Our brand will become ever more established and we want to have more and more innovative ideas to contribute to an even better industry.”
Green, battery-powered designs are likely to be a key aspect of that. From the first lead acid batteries that the company used for electric GSE a decade ago it has moved on to add lithium battery technology and is now investigating the potential for hydrogen-powered GSE. “We are always looking ahead,” Xu declares.
And, while China is a huge market, the company is also keen to further develop its international footprint. Indeed, Xu would like to see Weihai Guangtai act as a bridge between the Chinese market and the rest of the world, especially in terms of ideas and technologies.
“Our door is always open and we welcome enquiries from anyone looking to enter the Chinese market, while also wanting to help Chinese companies develop their own global contacts,” Xu concludes.