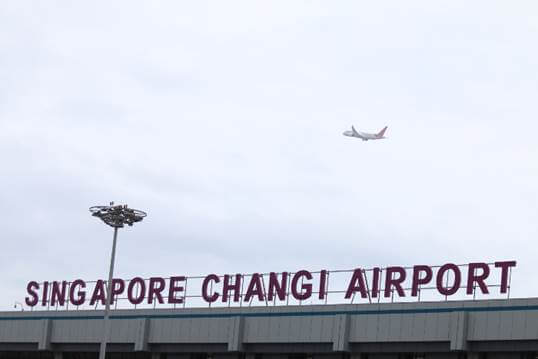 As the Covid-19 crisis took hold, numerous airport operators were forced to take steps to draw down operations and salvage as much business as they could. Changi Airport Group (CAG), operator of Singapore’s Changi Airport was amongst them

On 1 May, all operations at Changi’s T2 were suspended for a planned period of 18 months. All the airlines operating through T2 were relocated to one of the other three terminals at the gateway.

CAG blamed the “steep decline” in passengers flying through Changi and “the likelihood that air travel demand will not return to pre-Covid-19 levels in the near term” for the decision.

It said that the consolidation would “enable CAG and its airport partners to save on running costs such as utilities and cleaning as well as to optimise resources across the airport’s terminals to better match the low travel demand and airlines’ flight operations”.

It also noted that the suspension of operations at T2 would allow work on expanding the terminal to be accelerated. The development of the facility had been scheduled for completion in 2024 – but that timetable has now been sped up by perhaps a year.

CAG confirmed that it is “in discussion” with airport partners as well as concessionaires (notably retail outlets) in T2 regarding the decision.

While the suspension of operations for 18 months seems like a long time, given that many hope for a high degree of normality to have returned to the aviation industry (and to life in general) some time before that, a CAG spokesperson pointed out to Airside in April that many of the airlines using T2 had already suspended flights.

“The 18-month timeframe for the suspension of operations at T2 was determined after consulting our airport partners including ground handlers, immigration authorities, concessionaires and [a] security services agency on airport operations.

“Ahead of T2’s resumption, we will review with airlines their operating needs and growth plans to assess how best to support them,” the spokesperson added.

Meanwhile, other changes are being proposed. Operations through T4 have also been much reduced during the Covid-19 crisis, with only a few of its gates kept in use.

Last month (April), CAG confirmed that, if the airlines still operating at T4 were to further adjust or fully suspend their operations at Changi, the airport operator would also consider suspending operations at T4 as well – although the suspension would be temporary and CAG would expect to recommence operations there as soon as airlines resume their normal services through Changi.

CAG said that it was trying to save as many airport jobs as possible, and was looking at retraining and redeployments as a tool to achieve this. It observed that, for example, ground handler SATS was retraining some of its staff airside drivers.

“While the scale of our operations will be reduced in the near term, Changi Airport remains open to serve the air freight and passenger flights that continue to operate. Even as our airport capacity is being optimised for the current situation, we will have the flexibility and we stand ready to ramp up operations quickly once the recovery takes place.”