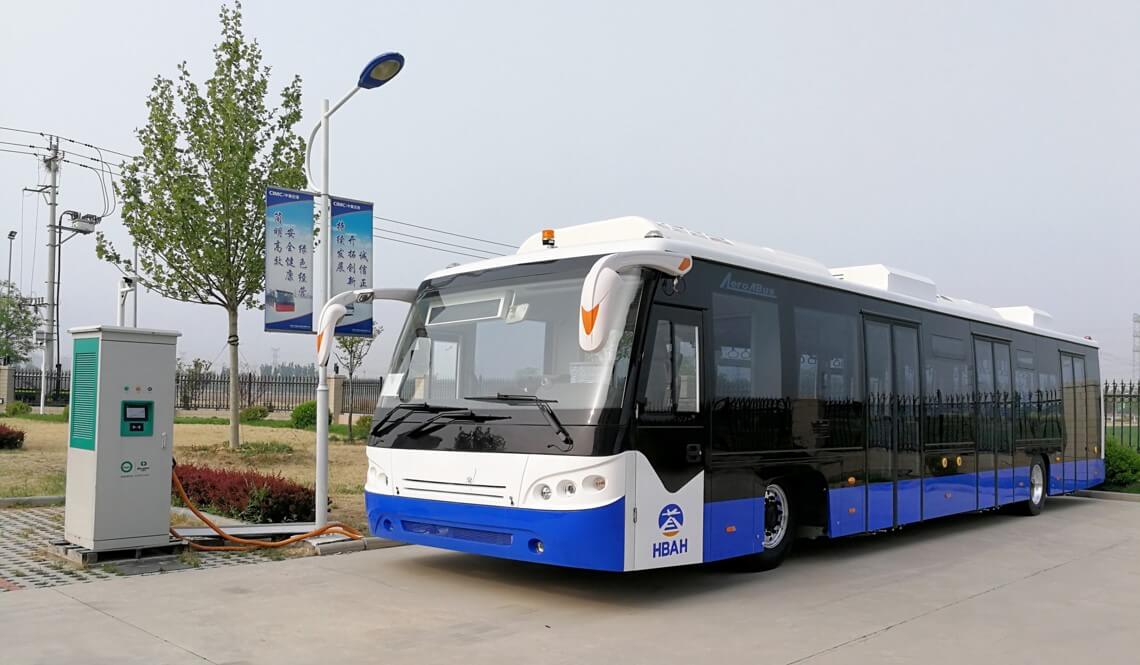 Air Marrel is not letting the grass grow under its feet in this incredibly tough year. As part of a larger GSE manufacturing group, it is continuing to expand its portfolio of equipment, and particularly the options it offers the market in terms of electric GSE. Moreover, it is seriously investigating the potential of hydrogen power for the ramp of tomorrow

While Air Marrel is based in Saint-Chamond, France, it forms part of the Shenzhen, China-headquartered CIMC Group, a corporate giant with interests in energy, construction, oil and gas, shipping and other markets as well as airport equipment.

Having acquired no less than 10 companies in the aviation and transport/logistics sectors since 2012, the CIMC Group has positioned itself as a primary supplier of airport and GSE solutions. CIMC-Tianda Airport Holding, an aviation division of the Shenzhen-based company, now consists of 13 business units, each of them specialising in particular product areas. These include passenger boarding bridges, pre-conditioned air systems, baggage handling systems, air cargo management systems, fire-fighting vehicles and different families of ramp-based ground support equipment.

The GSE division of CIMC-Tianda Airport, which takes in Air Marrel – the latter became part of the CIMC group in 2013 – offers apron buses, catering trucks, ambulifts, transporters and cargo loaders. Of late, the division has focused its attention on developing a comprehensive range of electric GSE, with joint project teams working on battery-powered equipment from the group’s various engineering centres in China, Singapore and France.

All the new electric models – which take in catering trucks, cargo loaders and apron buses – offer the latest in safety approach systems (excluding apron buses, where this feature is not relevant), electronic control systems and remote diagnosis control (telematics).

“This latest technology allows customers to benefit from the latest safety and technological standards,” observes Gwenn Hervet, sales and marketing director for CIMC Air Marrel, who markets and sells GSE produced across the group.

Catering to demand for battery power
As recently as the first quarter of this year, CIMC Xinfa launched a fully electric version of its XC6000 catering truck (Xinfa is a Chinese bus manufacturer that was also acquired by CIMC as part of its expansionist drive). The XC6000e comes in two variants. The basic model offers a power output of 175kWh, has a range of 210km and can service 20 aircraft with payloads of up to 4 tonnes on a single charge, while the more powerful variant has a battery output of 314kWh, can drive up to 315km and can serve 30 aircraft on a single charge. Both models come equipped with a safety approach system and meet International Air Transport Association (IATA), Civil Aviation Administration of China (CAAC) and European Economic Area CE standards.

CIMC Xinfa’s 6300EVA Aerobus has long been a common sight at airports in China and CIMC Xinfa was the first manufacturer of electric apron buses, Hervet explains. The vehicles now have proven track records at more than 30 airports across the world, making Xinfa one of the leading suppliers of both electric and diesel buses. Like CIMC’s catering trucks, two different battery options are available, at 234kWh and 314kWh. In addition to these high-capacity airport apron buses, Xinfa also manufactures medium-sized buses for smaller airports and VIP buses.

All of the Xinfa buses are manufactured in either steel or full aluminium, according to customers’ needs. Aluminium bodies are lighter and extremely robust, Hervet says. One of the strengths of CIMC Xinfa is its flexibility to adapt its buses to customer-specific requirements, he continues.

A major example can be seen in the development of a dual-drive apron bus (with driving stations at both front and rear of the vehicle), which was designed specifically for congested airports such as Hong Kong and Sydney. Up to now, Xinfa has been the only manufacturer to offer this dual drive facility (Carbridge in Australia has also offered dual-drive buses as part of its collaboration with Xinfa).

Electric loaders
Air Marrel has historically specialised in transporters and loaders, and today offers a range of loaders from 3.5 tonnes right up to 35 tonnes and transporters of 7 tonnes and 20 tonnes. These cargo loaders continue to be manufactured in France, at the business unit based at Saint-Chamond, near Lyon.

Over the last couple of years, this business unit has developed new electric versions of its two best-selling cargo loaders: the LAM7000 and LAM14000. The electric LAM3500, meanwhile, was shown off at inter airport in Munich last year.

Priority has been given to reducing energy consumption through what Hervet describes as an “optimisation of the hydraulic design”. For example, he points to power tank accumulators that store power generated by the most energy-consuming functions (such as the raising of the main platform) in order to perform lower energy-consuming functions (such as lowering platforms) without drawing energy from the battery.

This simple and logical system emphasises reduced energy consumption – and battery capacity – rather than focusing on generating the highest possible capacity. As a consequence, although lithium batteries are available on Air Marrrel’s 14-tonne loader, all models are most usually supplied with conventional lead-acid batteries, which offer similar performance to diesel-driven models.

Of course, CIMC also continues to offer its conventional loaders and transporters. While demand has been down during this year’s Covid-19 pandemic for the smaller loaders that serve passenger aircraft (because so many of these aircraft have been grounded), freighters continue to fly and the big loaders and transporters that serve their maindecks have remained popular all year, Hervet reports. CIMC Air Marrel continues to investigate possible battery-powered options for its larger loaders to complement its e-versions of the smaller units, but their energy consumption is higher – and the challenges to develop efficient battery-powered versions with today’s affordable technology are also consequently that much greater.

A significant development this year for CIMC’s loader business has been the opening of a cargo loader assembly plant in Beijing. Intended to address the ever-growing needs of the Chinese domestic airport market, the plant has until now assembled both diesel and electric variants of Air Marrel’s 14-tonne loaders, but by the end of the year will almost certainly be offering the group’s 7-tonne loaders as well.

The facility in no way replaces Saint-Chamond, Hervet stresses, its value lying in its proximity to a Chinese national market for airport-related products that shows no sign of abating.

Radical change
While greener power sources are going to be a ‘must’ as environmental concerns grow ever stronger, battery power will not be the last word in terms of more sustainable alternatives to diesel, Hervet opines.

Not only is some electrical energy not generated in a ‘green’ way, but battery-powered GSE is very much constrained at the moment by the limited availability of charging infrastructure at so many of the world’s airports.

So, looking to the future, CIMC Air Marrel has worked on projects at several airports in Europe involving hydrogen fuel cell-powered cargo loaders. In fact, the French manufacturer has been a pioneer in hydrogen fuel cell technology for GSE: its first hydrogen fuel cell loader was tested in Spain with national airport operator Aena as far back as 2012.

While the progress made on developing this innovative technology for GSE slowed markedly in the years after 2012 – “the industry was not ready” for it, says Hervet – last year’s inter airport Europe show in Munich demonstrated that demand for such a revolutionary power source is returning. Thus, Air CIMC Marrel is now once again looking at prospects for its smaller 3.5-tonne and 7-tonne cargo loaders as far as hydrogen fuel cell technology is concerned.