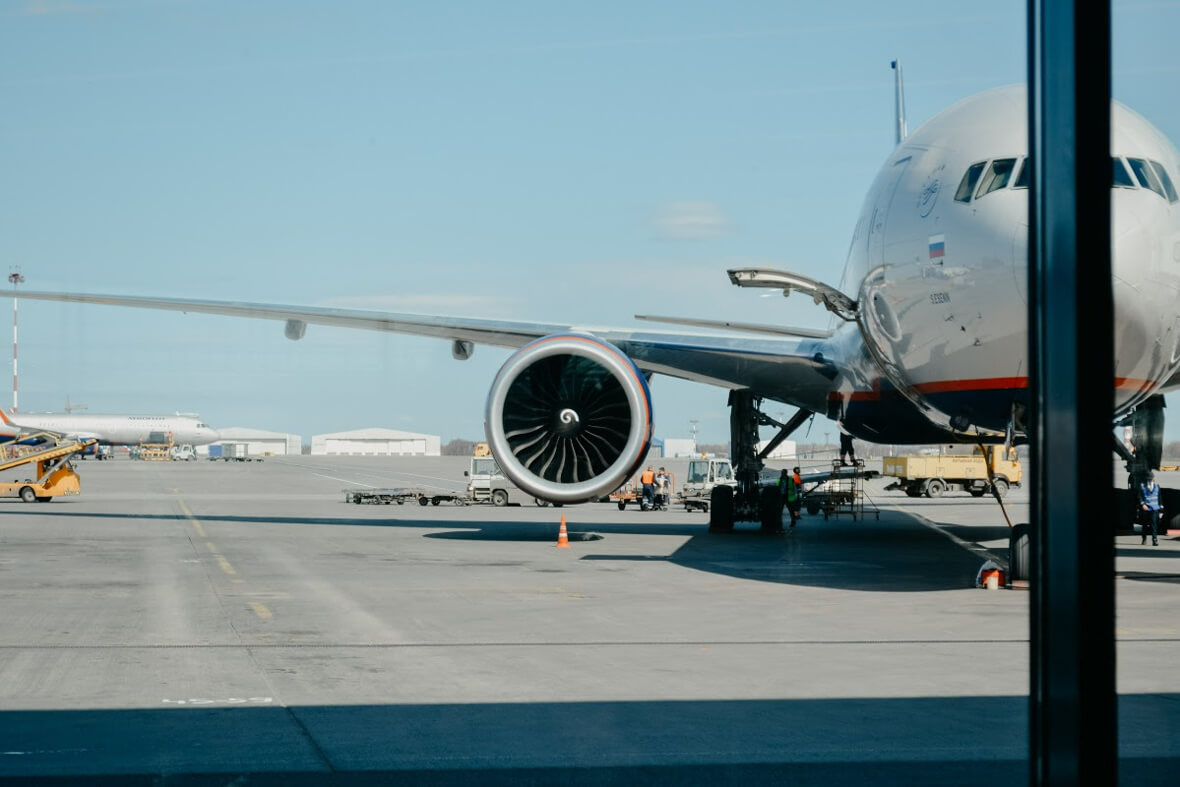 The Airport Services Association (ASA), the trade body that acts as an advocate for the international ground handling industry, has collaborated with leading digital health and safety (H&S) specialist EcoOnline to create and launch a digital platform called SID – short for Safety Incident Data

SID has been designed to support ground service providers (GSPs) in benchmarking safety performance, identifying trends and facilitating in-depth analysis of accidents and near misses that will stimulate best practices and minimise accidents on airport ramps.
The platform will, the partners believe, help in the identification of trends and ongoing challenges as well as supporting the implementation of mitigation strategies to strengthen the safety record of the industry as a whole. The database might also facilitate economic savings for GSPs, given that better data will enable them to make better decisions. ASA director general Fabio Gamba confirms that the association “stands fully behind the project”.
Data fed into the platform regarding incidents and accidents involving ground handlers will be accessible by ASA members for the greater good of them all. Moreover, crucially, the data will be anonymous – or ‘de-identified’ – so that no handler is identifiable as having been involved in any given incident. ASA members will have free access to quarterly reports and can personalise their own interface dashboards.
Colin Ball, enterprise sales director at EcoOnline, comments: “We are convinced that [ASA] members will understand the commercial benefits of safer aircraft handling and reduced errors, which will result in fewer delays and greater savings. Additionally, they’ll understand how crucial this is for travellers, who stand to gain from fewer delays caused by ground damage.”

Bespoke product
Ball tells Airside that EcoOnline has quite a broad portfolio of offerings across a wide range of businesses. Its Cloud and software-as-a-service (SaaS) products primarily support customers in the environmental H&S space, particularly addressing environmental, social and governance (ESG) issues along with quality and even crisis management.
To sum up, its digital services are all about “protecting people, property and the environment”, he says.
EcoOnline has its origins in the Nordic region but it has expanded rapidly far beyond this area. The company has been “especially acquisitive” over the last couple of years, Ball reports, and – taking some of these companies into account – the EcoOnline business has been active in the aviation industry for about a decade now.
Its clients in the aviation sector include one of the world’s biggest handlers and two of the biggest UK airports, EcoOnline primarily providing operational H&S software that is used by these customers at all levels of their business, and covering the full range of environmental H&S (EHS) and risk and crisis management.
The history of EcoOnline’s collaboration with ASA on SID dates back nearly three years, Ball recalls. Many ASA members, including many of its governance team, were well aware of EcoOnline and what it could provide. It was a meeting of minds on the potential value of a platform such as SID, but “We did a lot of work together to confirm that we could really deliver what ASA wanted,” he says.
There was never a question of EcoOnline not having the capability – it is a “Rolls-Royce” provider of digital software such as this platform, Ball suggests – but it was critical to work closely with ASA to develop a bespoke portal that was exactly right for the trade association and its members.
And, indeed, regarding that consultation, “A really great strategic partnership came out of it.” The result of that partnership, namely SID, will “really drive a safety culture through shared best practices across the aviation industry”, Ball considers.
In the Beta testing, developmental phase of the platform, GSPs submitted data through ASA to EcoOnline. Going forward, the likelihood is that handlers will themselves input relevant incident reports to keep things as simple as possible, but whatever the methodology all data made available to members will be non-identifiable in terms of the parties involved.
Handlers will be able to benchmark themselves against the industry average and be able to show that data to their airline customers. All ASA handler members will thus potentially benefit from the platform, individually as well as collectively in the sense of raised industry safety awareness.
Looking forward, there may be opportunities for more widespread use of the data held within the portal. It is not EcoOnline’s data to share, of course, but Ball can certainly see “huge potential” value in the data collected. Plus, he says, SID might well be expanded to take in a wider range of data pertaining to on-apron incidents – of which more below.
There is a “real buzz” in the industry regarding such a system, he believes. There is an ever-growing realisation of the need for well-considered safety management systems (SMS) and SID helps with this as well as with the benchmarking capability that it offers.

ASA: looking to drive ‘continuous improvement’
Yogesh Parekh, chairperson of ASA’s Safety Group and senior vice president operational risk at Menzies Aviation, agrees with Ball on the value of SID and what it offers the aviation industry as well as individual ASA members. “Our core purpose [with SID] is to prevent and reduce accidents providing a safe, secure, quality service,” he says.
He recalls that ASA’s awareness of the need for such data as collected and made accessible by SID dates back some years, and pre-dates the organisation’s collaboration with EcoOnline on the SID platform.
The International Air Transport Association’s (IATA’s) Ground Damage Database (GDDB) had been wound up in 2018, he notes, with work on its successor – the Incident Data eXchange (IDX) – not yet widely known. “Yet, as ASA’s Safety Group, we wanted to be able to identify accident-related damage trends and needed data to support what was causing those accidents,” he tells Airside.
“As an association we represent handlers – some of the biggest employers at airports – yet we didn’t really have a voice on the issue,” Parekh continues. “Although we participate in industry forums, we often lack the data intelligence to support the initiatives that matter the most. SID not only plugs that gap but also provides a framework for standardised reporting to drive continual improvement.”
Thus, SID was designed to offer a “universal set of damage-related data”, he advises. While being completely anonymous in nature, it has also been kept easy for handlers to share their data, Parekh points out. “And the most important thing for us has been to keep the system simple.”
While EcoOnline has played a vital role, of course, in developing the platform and ensuring that it is customised for ASA’s needs, the company was by no means the only possible supplier: a number of companies were invited to tender and then those that were shortlisted were asked to demonstrate their potential solution to the ASA Safety Group. ASA spent much of 2020 firming up its requirements for the system and the system supplier was only decided the next year. The following months were then spent on fine-tuning the platform for ASA and putting it through its paces in a testing programme to prepare it for its recent launch.

Future developments
The platform in its present guise may well not be the finished article. For example, Parekh would like one day for it to potentially include personal injury data as well as aircraft-related damage and near misses, and possibly also incidents relating to vehicles, security or the operating environment. He also has ideas, like Ball, for how ASA could use the portal in collaboration with other industry stakeholders.
There are potentially great synergies with the aforementioned IDX, for instance. “We could compare and contrast our data,” he says, “to understand what’s being reported by GSPs and what’s being reported by airlines.
“If the data is different, why is it different? And we can work with IATA to see how the industry – airlines and handlers – can work together to minimise risk.”
IATA has a significant interest in monitoring incidents of ‘ramp rash’, of course, and in identifying trends to recommend best practices that minimise such incidents for the benefit of its airline members – manifest in its International Ground Operations Manual (IGOM) and International Cargo Handling Manual (ICHM).
ASA has been in dialogue with the European Aviation Safety Agency (EASA), which of course has its prevailing interest in aviation safety on the Continent. The International Civil Aviation Organization (ICAO) is another interested party with which collaboration might be very promising when considering how safety can be benchmarked and dangerous incidents minimised on airport aprons.
All this adds to the promise offered by SID, complementing the “win/win” that it already represents for ASA members, Parekh considers, in the form of a free service to all ASA members that submit quarterly incident data, the database allowing them to benchmark their own performance, see where they might be going wrong and show their customers where they are doing well. There is much to admire, then.