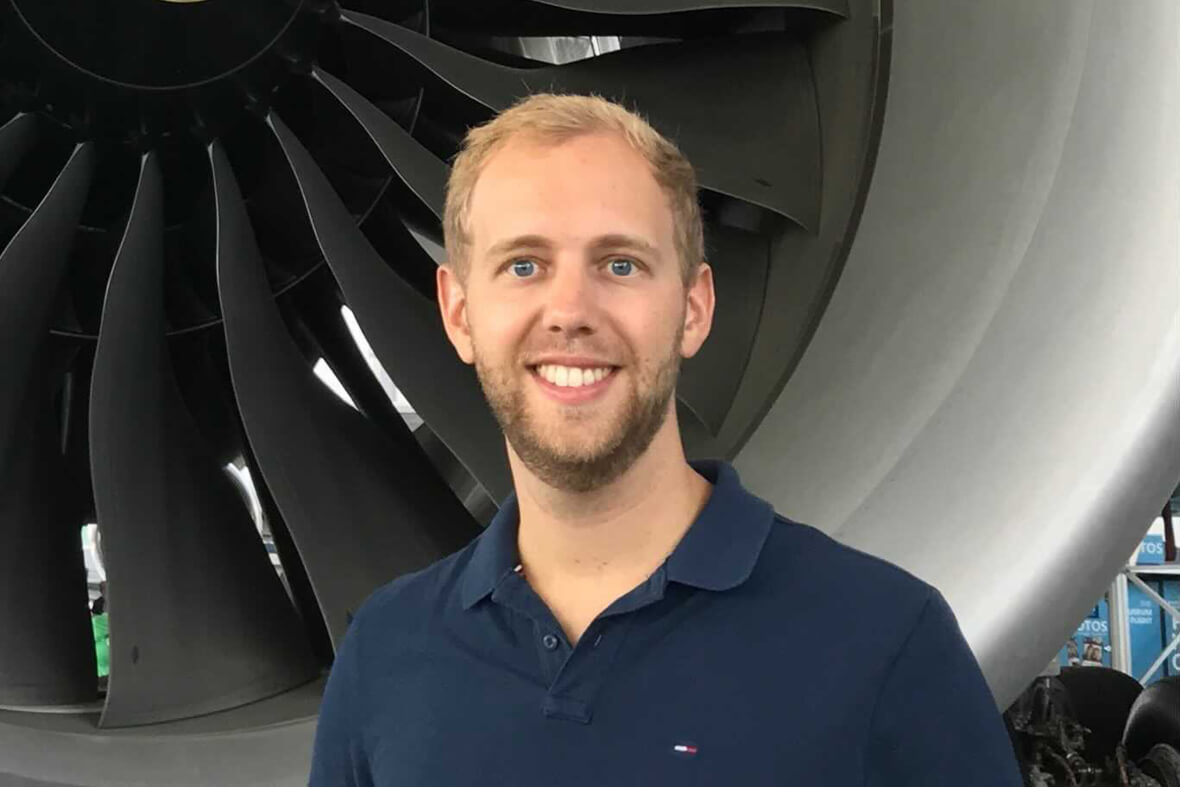 Hamburg-based tech start-up Evitado Technologies has developed a collision avoidance system for aircraft manoeuvring while on the ground. And it has just announced its first operational user

The system’s first live customer is Elbe Flugzeugwerke (EFW), the Dresden-based aviation company that maintains and repairs Airbus aircraft and converts Airbus passenger jets into a freighter configuration. EFW is a joint venture involving the European aerospace giant and Singapore’s ST Engineering – and Airbus has been an important partner of Evitado since the latter was established in 2019.
Evitado’s sales manager Johannes Joussen explains that the company was formed by Alex Kasinec and Andrew Moakes, who had studied together in Hamburg, northern Germany. They saw the challenge associated with manoeuvring a large aircraft on the ground in what can be relatively confined spaces – such as in a hangar – and understood the penalty of any mishap: not only in terms of the potential threat to safety if an aircraft is damaged but also the huge financial cost incurred by way of a sizeable repair bill and the higher insurance premiums that are likely to be incurred subsequently .
A US Federal Aviation Administration (FAA) request for potential solutions to the challenge caught their eye, and they submitted an idea through the medium of Airbus’s BizLab network of aerospace accelerators for start-up companies.
That was the start of Evitado’s collaboration with Airbus, which continues to this day. Another important partner has been Lufthansa Technik, the German provider of maintenance, repair and overhaul (MRO) services that also offers aircraft modification and conversion services. Both Airbus and Lufthansa Technik worked with Evitado on system prototypes that were field tested on an Airbus A320 aircraft in Hamburg (where Evitado is based, Airbus has its A320 final assembly line and Lufthansa Technik is headquartered).
Since the beginning of this year Evitado has had a fully fledged, market-ready product that it calls Release 1.0. And the news in September that the first system had become operational with launch customer EFW was a significant boost to the company after what has been a hard 18 months, the pandemic having slowed potential take-up of this innovative system. But, says Joussen, the future is “looking much better”.

Innovation
At the heart of the Evitado system is a LiDAR (light detection and ranging) sensor that scans its environment through the full 360 degrees. LiDAR is perhaps best known for its application within driverless car systems, but it is becoming increasingly commonly used in GSE collision avoidance technology.
Typically attached to an aircraft by means of a suction cup, the LiDAR’s 360o scan is translated into a map of the environment surrounding the Evitado hardware, thereby building a real-time picture of potential obstacles and hazards that can be viewed on the user’s app display. The display can take the form of a simple 2D format, or the more illustrative ‘point cloud’ representation, which offers greater insight into the system’s surroundings and potential hazards.
Mapping takes place in 3D, so problems in the vertical plane are mapped as much as those in the horizontal plane.
Alongside the LiDAR sensor within the hardware’s casing is a battery that provides power and enables the system to operate independently of external power sources. Likewise, the system comes with its own WiFi, offering a further degree of independence and enabling it to function where there is no built-in local wireless connection.
LED lamps light up when an approaching hazard is identified. An audible alert can also be sounded if the customer requires this capability.
While the hardware was at least initially expected to be attached to an aircraft nose, wing or other part of its fuselage, another option is for it to be mounted on an aircraft tug instead. This would be particularly useful in the case of smaller tugs, perhaps even remotely operated ones, thus further minimising the manual labour involved in an aircraft movement.
There is no reason why the hardware could not also be fixed to permanent infrastructure such as hangar walls to offer an ongoing real-time picture of the facility’s interior space. This might be particularly useful, for instance, in the case of a busy, congested MRO facility.
The system operator initiates the system by means of an app, perhaps through a tablet, loading in the model of the aircraft that is being moved and approximately where on that aircraft the sensor has been positioned. Once the LiDAR begins scanning, the system calibrates itself and, by reference to a 3D model library it has stored in its memory, can orientate itself as to the location of the sensor as well as the position of both the sensor and the aircraft in relation to their surroundings.
The system’s library also contains 3D maps of the perceived danger areas that surround an aircraft – and how far from every point of the aircraft any other object should be kept. Those distances can be adjusted according to customer requirement – for example, in an MRO hangar there is likely to be a much smaller margin of potential hazard distance than on a taxiway or even on a stand.

Wide-ranging applications
The earliest perceived market for the system – the ‘low-hanging fruit’ – was the MRO sector, but the potential customer base is much wider than that now. Fixed-base operators (FBOs), which also tend to operate in relatively small but congested spaces, represent another target.
Beyond those markets are the big ground service providers like Swissport, dnata and WFS. Self-handling airlines are another possibility.
Finally, as part of Evitado’s wider, long-term ambition to help automate more aircraft ground operations, the potential value of the system to GSE applications is obvious. LiDAR is already used as part of many GSE manufacturers’ collision avoidance systems, and the Evitado system could certainly be modified for use with loaders, belt loaders and the like.
Evitado currently manufactures the casing for the system but very much sees its role as a software company that should concentrate on the software and the algorithms that will help to refine the system and improve its value to a customer on a progressive basis. Thus, in time, it wants to outsource all manufacturing and integration aspects of the process.
LiDAR suppliers are becoming more numerous as time goes on, while the technology is also becoming cheaper, Joussen notes – a significant bonus for Evitado.