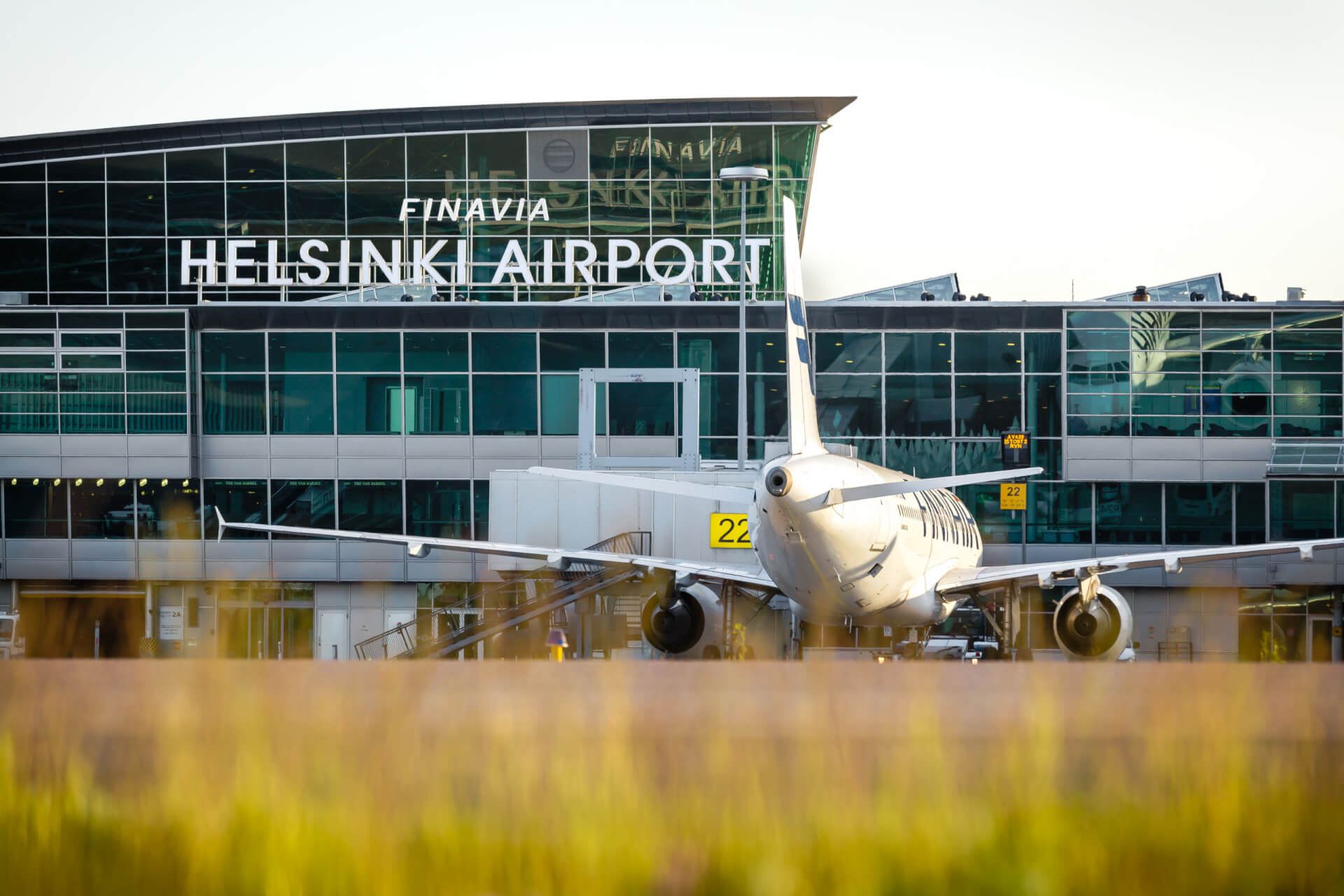 Finland’s national airport operator had to make major changes to its operations as the full impact of the pandemic was felt. It has continued to host critical flight services, however

Between January and March this year, passenger traffic through Finavia’s 21 gateways fell away by 20.1% over the same quarter of last year, but the March comparison was particularly pronounced – down by 57.2% year-on-year.

The airport operator’s latest estimate is that passenger numbers over the course of 2020 may be down by a third on 2019, although this is of course a rather speculative figure at the moment.

By March, Helsinki was only processing approximately 1,000 passengers a day, down from the normal figure of 57,000. On 19 March, Finavia closed the check-in and baggage drop-off operations at Helsinki Airport’s Terminal 1. All remaining flights began to be operated through Terminal 2. Runway 3 was closed to air traffic on 1 April.

Numerous changes were made to ensure those passengers who continue to travel for essential reasons do so as safely as possible. For example, passenger processing and border controls were adjusted, while various measures were taken to minimise the possibility of any area of landside terminal being crowded at any given moment, in order to reduce the risk of infection.

Other measures were taken in airside areas to keep passengers apart, and changes also had to be made on the apron. Passengers are transported from aircraft stands to the terminal using apron buses to reduce contact in the terminal, for example, while the number of passengers on apron buses has been limited to a maximum of 40 people.

Helsinki Airport director and senior vice president of Finavia Corporation Ulla Lettijeff, recalls how the airport operator had to react quickly and decisively to fast-moving events. About 30% of Helsinki’s passenger traffic usually comes and goes through Terminal 1, but the crisis meant that the amount of through-traffic decreased particularly significantly on the flights through that facility.
“In practice, the terminal was nearly empty,” she says. “It was then that we decided to centralise all services into Terminal 2 to enable our airport operators to run their businesses as effectively as possible and to ensure smooth and safe travelling for our passengers.

“The same ground handling companies operate both in Terminal 1 and 2, and parts of Terminal 2 have been closed, too. This also means less costs and savings in terms of such things as electricity, heating and ventilation.”

Lettijeff continues: “By centralising the air traffic into Terminal 2, we also support our commercial partners to keep at least some services, like pharmacy and convenience stores, open. A few restaurants and cafés in Terminal 2 still sell on a takeaway basis, though passengers cannot sit down and dine in them.”

On the apron, changes saw the closure of one of the airport’s three runways. “Closing a runway not only helped our maintenance department and the air navigation company in their effectiveness, but was also designed to offer stands for grounded aircraft on the closed Runway 3. We can manage with two runways, as there is only a small number of take-offs and landings occurring at the moment.”

Of course, the ground handlers have also been hit hard by this pandemic and its impact on the aviation business. Finavia held discussions with its handlers and other airside operators about the implications of plans for changes in operations.

“We communicated our plans to all our airport operators and had a good dialogue with them,” Lettijeff confirms. As far as she is aware, Helsinki’s ground handlers have been forced to furlough staff and park large quantities of GSE.

Helsinki improvements
Despite the collapse in traffic through the gateway, Finavia CEO Kimmo Mäki noted boldly back in early Spring that the flagship Helsinki Airport Development Programme would continue to go ahead, despite the crisis, “in order to guarantee Finland’s accessibility and competitiveness also in the future”.

Lettijeff offers more detail: “Our investment in Helsinki Airport’s development is a long-term programme. It was launched seven years ago in 2013, and our plan is that everything will be ready by 2023. Today, 70% of this huge programme is already finalised. It mainly takes in the significant expansion and overhaul of non-Schengen traffic facilities, both in the terminal and on the apron.

“Now, we are focusing on the expansion of Terminal 2. It consists of a completely new entrance with arrivals and departure halls, arrangements for public transport and an extended area serving traffic to and from Schengen countries.

“Near Terminal 2 there will be a new parking garage, covered with solar panels, with 1,800 parking spaces. Our intention is to open it in the Autumn. The building continues and the new Terminal 2 will be opened in 2022.”

This expansion is intended to help support Finland’s busiest air gateway in the important role it plays in the nation’s transport industry and economic health. At any time, Helsinki Airport is an important Northern European air hub and a popular transfer airport for those moving between Europe and Asia but right now, “We have a role in helping people to return home and in supporting the transportation of critical cargo and medical equipment from Asia to Europe,” Lettijeff says.

As well as Helsinki Airport, as of mid-April Finland’s Turku and Mariehamn airports also stayed open to international flights. Some domestic routes were being operated at other regional airports. Some of Finavia’s regional airports have also remained operational to handle international and domestic cargo, deliveries for the National Emergency Supply Agency, evacuation flights and operations of the Finnish Defence Forces.

“We will continue to support these critical services,” Lettijeff affirms.