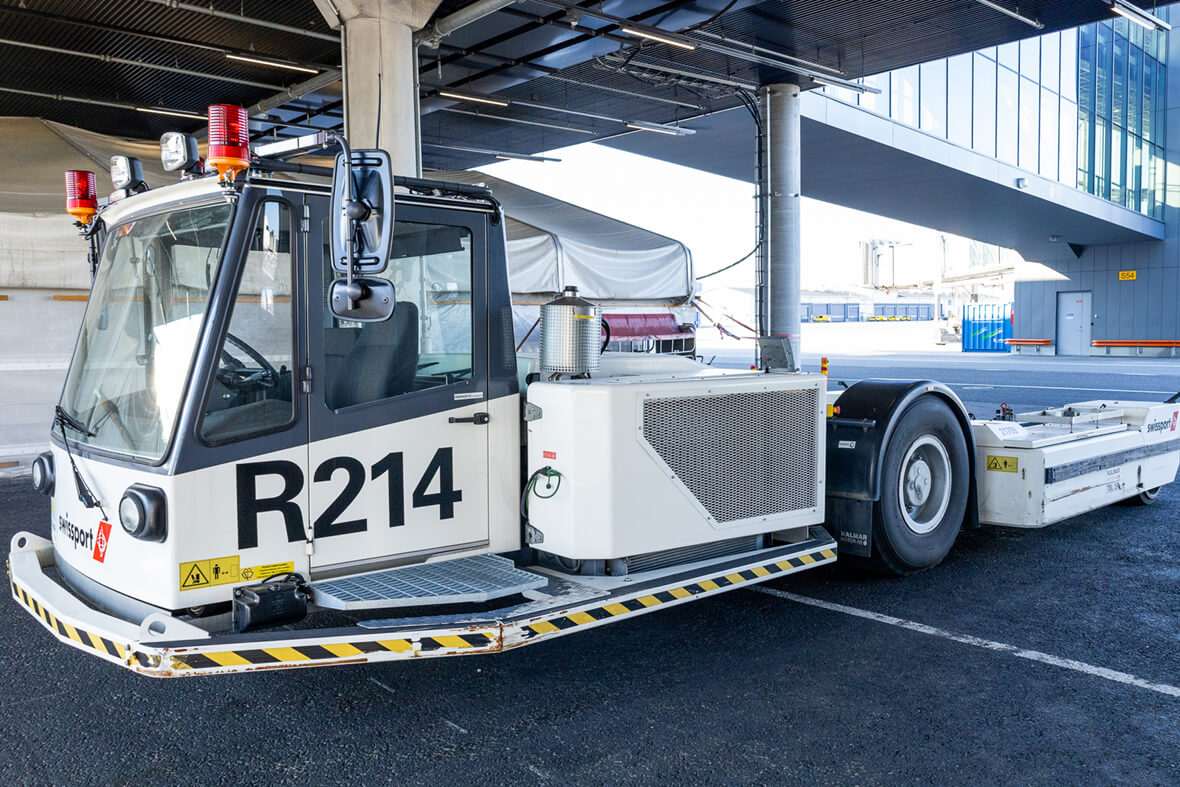 In September, it was confirmed that Gordon Brothers (the global advisory, restructuring and investment firm) and Liquidity Services (a US-headquartered company specialising in surplus asset management programmes) had been appointed as joint sales agents for GSE previously owned by Swissport Finland. Airside spoke with Greg Zaharewicz, director, commercial & industrial, at Gordon Brothers, about the sale and whether these sorts of operations may become a more common feature of the GSE market landscape

The equipment, which was purchased from Swissport by Gordon Brothers prior to the launch of the current sales process, was and continues to be positioned at Helsinki-Vantaa Airport, Finland’s busiest and biggest air gateway. The GSE is said to be in “excellent condition”, being maintained on an ongoing basis by Swissport Finland.
The GSE consists of no less than 300 items, half of which are less than five years old and some of which date back only to 2019. On the sales list are: TREPEL and Windhoff cargo loaders and transporters; Kalmar towbarless tractors; Textron Safeaero, SISU and Volvo de-icing units; TLD, Rofan, Charlatte, Linde and Still tractors; TLD self-propelled stairs; various ground power units (GPUs); Polar cabin heaters; lavatory and water service units; and Volkswagen, Toyota, Volvo and Skoda cars, trucks and vans.
“It is a unique opportunity for operators to upgrade ground support fleets and operations with relatively new equipment, and we expect high levels of interest,” Zaharewicz was quoted as saying in a press release of early September.
“This deal is also significant as it marks our first engagement in Finland, adding a new territory to Gordon Brothers’ global commercial and industrial credentials,” he added.

Plenty of interest
Speaking to Airside soon after the announcement of Gordon Brothers’ involvement, Zaharewicz confirmed that there had indeed been quite a lot of interest in the Swissport GSE. He recalls that at the start of the process no-one had been too sure what sort of demand there would be for the equipment, given the downturn in the aviation industry.
At that stage, there was a “broad spectrum” of opinions as to when the industry might recover – and with it, the demand for ground handling equipment. Nevertheless, “We have been quite pleased with the interest shown,” he says. “It has exceeded our expectations.”
Demand has come both from operators of GSE and from lessors who would take the equipment into their own fleet before leasing it out to the market. The interest has been primarily Europe-based, from companies large and small operating at air gateways of all sizes.
While the news of Gordon Brothers’ and Liquidity Services’ involvement was only made public in early autumn, Gordon Brothers had actually been involved for a couple of months prior to that in the process of selling off the Swissport Finland GSE (and it was Gordon Brothers that invited Liquidity Services into the process).
The early work involved marketing the availability of the GSE, Zaharewicz recalls. Then began the process of ‘negotiated sales’, in which potential customers express their interest and discussions on price can take place. That process is still ongoing – and has already resulted in a number of sales – and the process may continue for up to 18 months or so, Zaharewicz considers. “After that, we might pivot to the possibility of an auction” to sell off any remaining items, he adds.
Such an auction, were it to take place, would almost certainly take place online, given that the GSE is all stored airside at Helsinki-Vantaa. That is not to say that those interested in purchasing equipment can’t view the GSE: on-site inspections can be arranged as required for those looking to buy now or in the future.

Collaborative process
The sale of the equipment is very much a “collaborative process”, says Zaharewicz. Gordon Brothers has had a relationship with Swissport for some years, having undertaken asset-based valuations of GSE for it a number of times in the past. Moreover, while Gordon Brothers has purchased all the GSE from Swissport, the ground services provider remains an “equity participant” and thus far more than a disinterested observer of the sales process.
Swissport is also playing a direct role in the storage and light maintenance of the equipment, the latter involving such tasks as periodically recharging vehicle batteries, pumping up tyres and so on.
Meanwhile, Liquidity Services was brought into the sales process in order to add its direct experience and expertise in GSE sales, Zaharewicz says.
As for the future: “Is this transaction a trend or a one-off? I think the jury is still out on that answer but what we do know is that Covid has created massive imbalances in the aviation sector, and the longer the imbalances persist the more likely we will see these untraditional sales of GSE assets in bulk to find an equilibrium.”