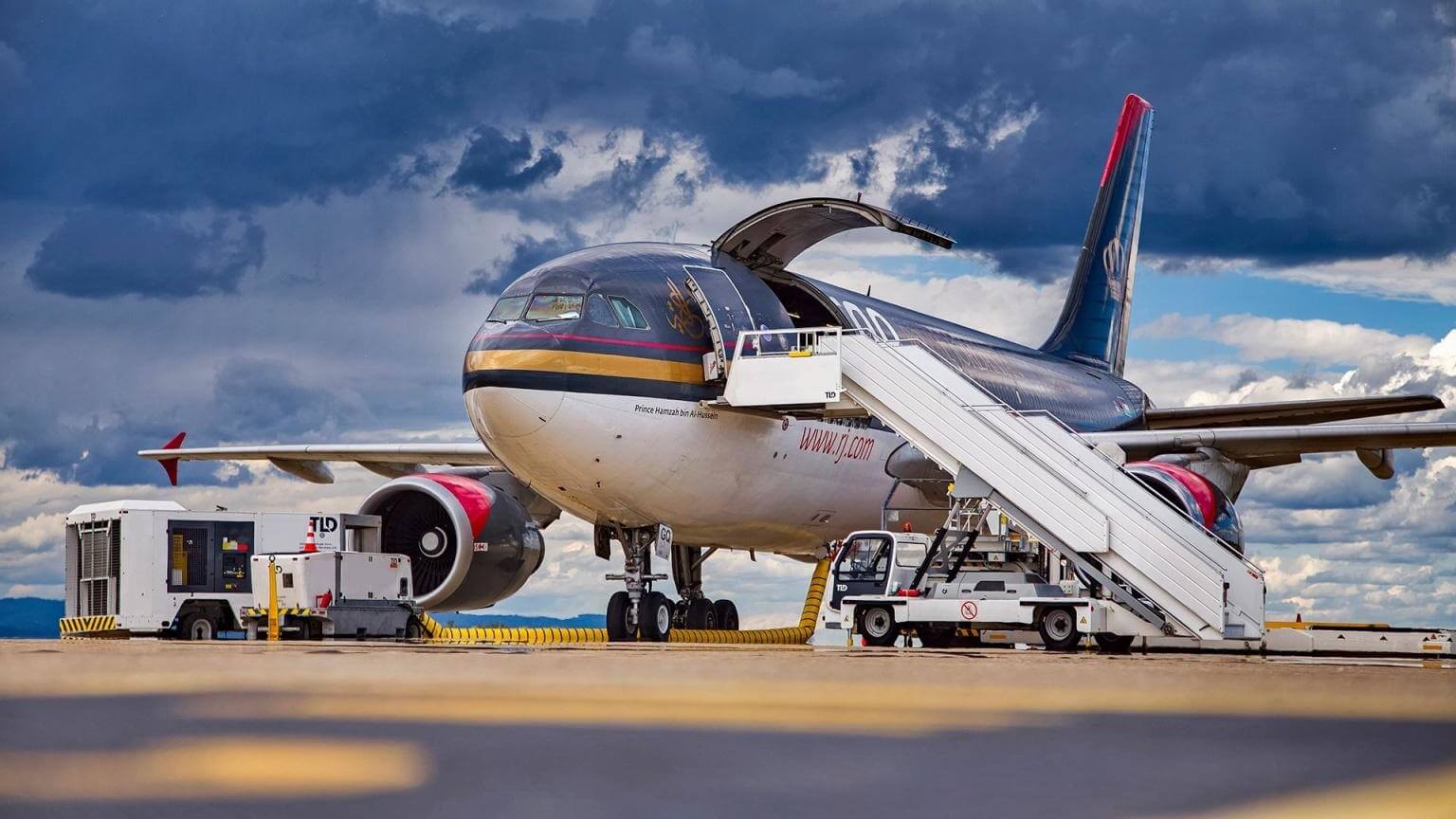 There may be fewer aircraft flying at the moment, but those that are frequently need the help of ground power units (GPUs) while they are at their gate. This power can be supplied either by mobile GPUs or by larger static units. Three suppliers talk to Airside about the challenges they are facing and the trends in demand for GPUs

Its GPUs are manufactured at the company’s Windsor, Connecticut facility in the US, as well as in Saint-Lin (near Parthenay in western France) and in Shanghai, China, the latter two sites producing GPUs as part of TLD’s geographically diverse Ranger manufacturing programme.

Under the Ranger programme, TLD makes GSE at sites local to its big markets, hence the distribution of the company’s manufacturing facilities in the US, Europe and Asia. However, all the equipment is produced “to the same global quality standards and designs”, explains Richard ‘Chip’ Toomey, chief operating officer of TLD Windsor’s commercial operations.

The facility at Windsor in the north-eastern US builds various lines of GPUs, ASUs and ACUs for both civilian and military customers. The military products side of the operation at Windsor manufactures liquid chillers and air conditioners specifically for military customers.
All told, there are about 300 TLD staff at the Connecticut factory, which has been producing GPUs for more than 25 years. The GPUs manufactured at Windsor supply 28V, 400Hz power from 60kVA through to 180kVA. And they can all be characterised in terms of three major themes, Toomey suggests:

They offer high quality, alongside high reliability and cost-effectiveness
They are built according to a design philosophy known as SREM: being Simple, Reliable and Easy to Maintain
The equipment is backed by TLD’s global after-sales support service network

That sharing process continues. “We are developing synergies between the two teams to further improve the reliability and cost-competitiveness of both our offerings, as well as integrating Powervamp’s proven technologies into our GPU product line,” Toomey confirms.

This year has, of course, been difficult – for TLD as for so many others operating in or supplying the aviation business. The company’s GPU sales have been affected, says Toomey, although they have by no means dried up during the crisis. “This is a challenging time,” he says, but he insists that: “There is still business out there.”

TLD’s diversified international supply chain has allowed it to maintain its own output as required, and enable it to respond flexibly to the varying levels and patterns of requirements that have been seen in different markets around the world. “We met with suppliers to learn and understand their local challenges and made alternative sourcing decisions to maintain our customer deliveries,” Toomey observes.

During the pandemic, TLD engineers have continued to meet with customers as far as has been possible within national travel and quarantine restrictions, and the benefit of having geographically spread teams of technicians providing after-sales support has shown its worth in recent months.

The company’s technicians have also been able to offer advice when asked to do so by GPU operators who have looked to store their equipment in times of low operational intensity before getting them quickly back into service as and when required.

Toomey is personally optimistic of a rebound in the GPU market next year, although right now it remains very much a “wait-and-see’ operating environment. Meanwhile, TLD continues to invest in new developments, driving quality and reliability in its GPUs, he says – efforts that will “keep TLD at the forefront of the GPU market”.

‘We need to be optimistic’
Across the Atlantic in Europe, Saint-Cyr-en-Val, France-headquartered GPU manufacturer Guinault has a history dating back to 1949, when Maurice Guinault founded the company. Although a specialist in GPUs, over the years it has also developed innovative ASUs and ACUs.
While the company has sought to remain a close-knit business concern, its machines have been operated on five continents across more than 120 countries. Yet it can surely not have faced a more challenging time than this year. “It is a very strange environment,” says CEO Lionel Clermont, of the situation that all GSE manufacturers have encountered in 2020.

How has Guinault reacted to the collapse of the aviation industry? “In these times, it’s all about customer care,” he explains. He fully understands that airlines, facing a plunge in passenger numbers, do not have the ability (or the desire) to finance new equipment acquisitions right now; therefore, it is all about looking after them and their equipment, to get them through these tough times.

“We are not pushing anybody [to spend money],” Clermont insists. Instead, Guinault is concentrating on providing the best possible technical support to its airline customers to ensure that their GPUs (and other Guinault GSE) are kept working and performing to their optimum level.

In fact, Guinault’s long history of offering the highest possible quality of equipment – which means highly reliable equipment – has left its users well positioned at least in terms of their GPU/ACU/ASU use. High-quality equipment, combined with good pricing on spare parts, has “always been our priority”, Clermont says.

The company has not signed up to the consumer ‘throw-away’ culture, of simply acquiring new equipment when something breaks down: while always producing very reliable equipment, Guinault’s thought process has also been to make available

the necessary technical support and competitively-priced spare parts to ensure that equipment can be brought back into service in the vast majority of cases when it suffers some form of breakdown or deterioration in performance.

The fact that Guinault designs and builds its equipment itself supports this strategy, while its “deep experience” in GPU/ACU/ASU design and manufacturing also allows its airline customers to enjoy the longest possible lifetime for their GSE, Clermont says.

As for what we can expect in terms of the aviation industry’s recovery: “No-one can predict the future, least of all the ‘experts’,” he opines. ‘There are just too many variables involved.

“But we need to be optimistic; and I am optimistic. People need to meet, and to do that they need to travel. But how fast we will get back to normality, no-one can predict with a high degree of certainty.”

Whatever happens, “Our long-term strategy hasn’t changed,” Clermont confirms. That focus on quality and reliability for the lowest cost of operation will remain at the heart of Guinault’s business model.
A range of power provision
SINEPOWER is an Aveiro, Portugal-based designer and manufacturer of GPUs, static frequency converters, DC chargers for electric vehicles and inverters. It was founded as an independent business in 2003 and today offers mobile and fixed ground power sources from 30kVA right up to 400kVA (for static units at the higher thresholds).

The standard range of GPUs it offers take in apparent power outputs of 30kVA, 45kVA, 60kVA, 90kVA, 120kvA and 180kVA, but military customers have taken units of up to 400kVA.

Its GPUs deliver an output of 200V three-phase 400Hz to an aircraft through single or dual output.

SINEPOWER’s background lies mainly in converters, recalls sales manager Edward Alves, but its wide-ranging portfolio now sells to a variety of military and commercial customers who, he says, value quality, robustness, efficiency and value for money.

In particular, Alves points to the fact that SINEPOWER’s rectifier technology minimises the amount of reactive energy created by one of its GPUs (reactive energy is the power wasted in the system that represents the difference between the electricity supplied and the electricity converted into useful power). This keeps costs down, which is perhaps especially important for users at non-military gateways who are charged by their host airport on a cost-per-unit of electricity used basis.

Another unique selling point that SINEPOWER boasts is that its units offer continuous full-power electric supply – 90kVA for up to 24 hours, for example. This is particularly useful for certain customers, such as those involved in maintenance, repair and overhaul (MRO), Alves points out.
SINEPOWER does not appear to have struggled in the same way as other members of the aviation community this year. In fact, business is going very well, Alves says. That is partly because many of its clients are military users who are not suffering from the collapse in civilian air passenger numbers and partly because SINEPOWER has a wide breadth of electrical products that are sold into many different industries (maritime, car charging and project business, as well as aviation).

Another plus point for SINEPOWER has perhaps been the trend on the part of GSE operators to move towards more electric – battery-powered or hybrid – equipment, including GPUs. SINEPOWER’s solid-state frequency converters obviate the need for noisy and emissions-emitting diesel GPUs.

Recent months have seen a number of GPUs sold to the Republic of Singapore Air Force, while other major customers of SINEPOWER include the British defence and aerospace manufacturing giant BAE, the US Air Force, the Spanish and Portuguese air forces and many others across Europe and South America.

In regards to civilian airports and airfields, SINEPOWER GPUs are in use at locations including Brussels Zaventem Airport and Kosovo’s Pristina Airport, often in MRO facilities.