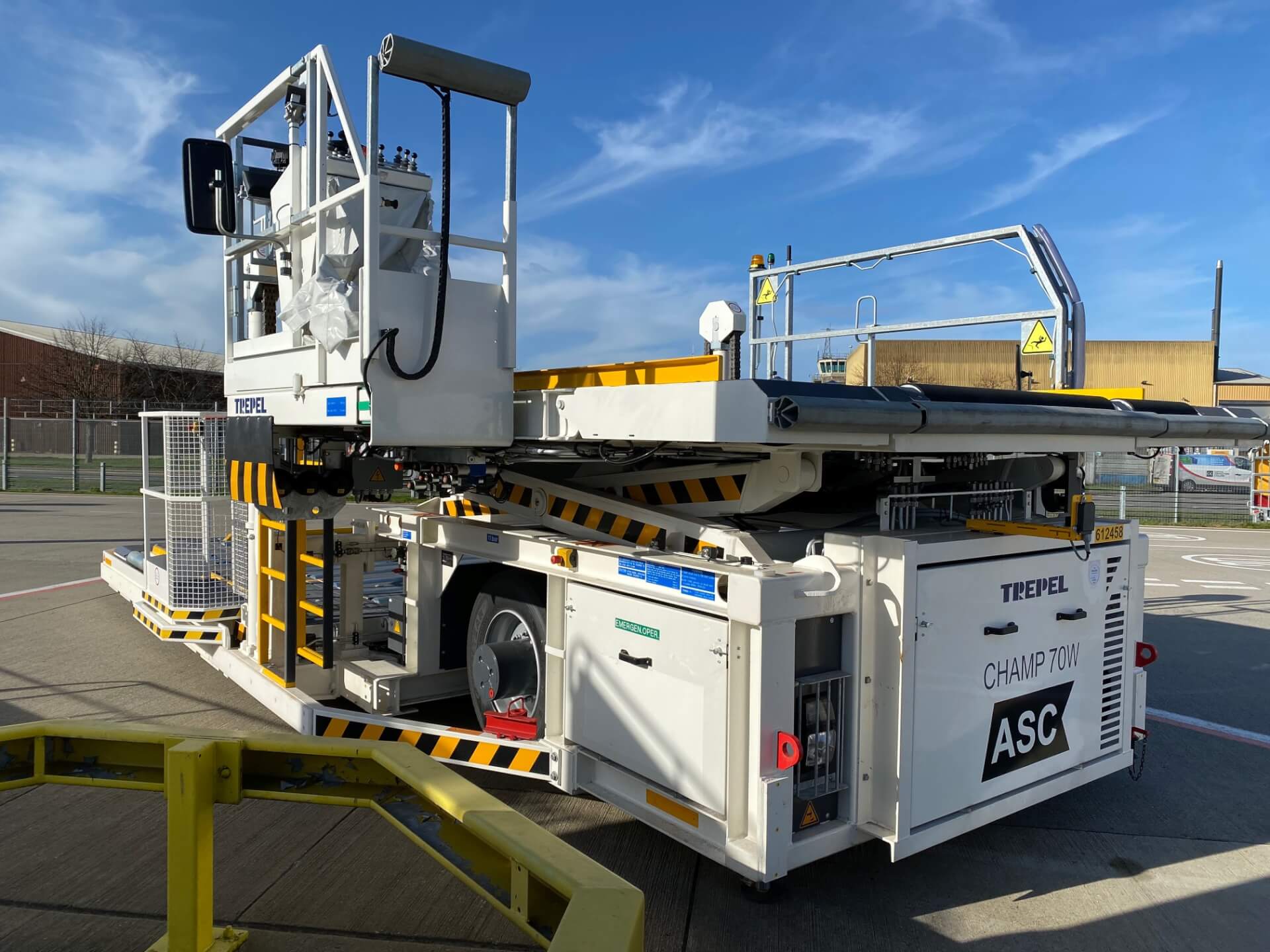 Rushlift, the subsidiary of Doosan Industrial Vehicles UK that supplies airport GSE, has been busy this year, despite the collapse of the aviation market caused by Covid-19

The end of last year saw Rushlift begin to talk to ASC Handling about the possibility of supporting the latter’s handling operations at London Gatwick Airport for charter carrier TUI.

Rushlift had already been supporting ASC Handling’s operations at London Heathrow for six or seven years – through leased ground support equipment and its ongoing maintenance – which perhaps gave the supplier an edge in the competitive tender process that followed.

Another advantage that Rushlift enjoyed, says Tim Willett, its operations director, was that it carries a lot of stock – in this case, perhaps as much as 75% of the GSE required by ASC for handling TUI at Gatwick.

Rushlift was awarded a five-year contract to provide on lease and subsequently maintain a total of 225 vehicles (GSE and cars) worth a total of £3.4 million (US$4.1 million).

The GSE includes a wide range of equipment, such as pushback tugs, baggage carts, powered belt loaders and high loaders, from well-established equipment providers including TREPEL, TLD, Textron and Charlatte, as well as a fleet of 20 Hyundai petrol-driven cars.

The exact terms of the agreement were negotiated and co-ordinated between Christmas last year and 4 March this year: a comparatively short period of time to source, prepare and deliver such a large amount of equipment. It was significant, then, that Rushlift carried such a wide range of inventory, including most of the smaller vehicles. Moreover, a number of Rushlift GSE engineers, supervisors and managers up to director level were deployed at Gatwick throughout the night up to the launch on 4 March.

“We were up against an extremely tight deadline, but we were confident that we could deliver on time,” Willett recalls. “The challenge for our team was to ensure that orders stayed on schedule and that meant making daily checks with the equipment makers. It went right up to the wire, with final deliveries the day before the ‘go-live’. However, the entire team worked through the night to get the job done.”

Rushlift has two workshops at Gatwick, one of which is located airside and thus readily available to support ASC’s GSE repair and maintenance requirements (as well as the GSE that Rushlift maintains for DHL’s easyJet handling operation at the gateway, a programme that dates back to 2017).

Rushlift also has a total of 12,000 square metres of GSE storage space at Gatwick, another asset it can offer its clients there.

Maurizio Beni, ASC Handling managing director, is pleased with how things have gone. “ASC has been working closely with Rushlift GSE for over six years at Heathrow and we have a very close working relationship with the Rushlift team,” he says. “We have come to expect very high standards of service support and quality of equipment supplied, and this is delivered consistently.

“The Gatwick inaugural launch was extremely important to ASC, so naturally we selected Rushlift GSE to support our operational start-up and to supply over 200 items of GSE. The launch date went without any problems, and Rushlift GSE delivered a superb service to ASC and our customer.”