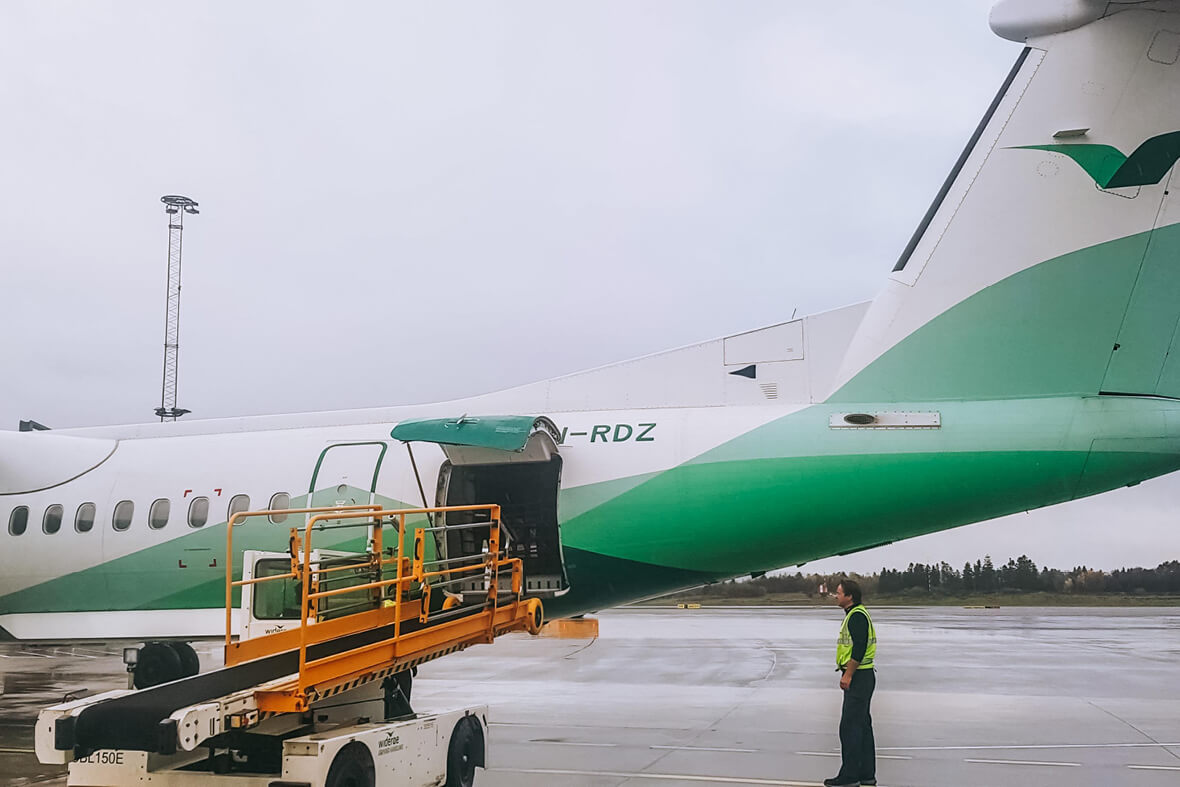 Widerøe Ground Handling (WGH) has, like other ground service providers (GSPs) around the world, had a tough time over the past 18 months or so; but it has continued to operate throughout the crisis and looked for new ways to gain business

On 1 May this year, WGH began ground handling at Oslo Gardermoen Airport for its sister business, Widerøe Airline. This brought to 42 the number of stations within the country at which WGH currently provides handling services.
Not since 2008 had WGH been active in Oslo, so the addition of the station was a major boost for the GSP. In pre-Covid-19 pandemic times, Widerøe Airline operated about 7,000 flights year into and out of Oslo, although this figure has fallen to about 5,500 a year during the crisis. Across its entire network, WGH handles about 185,000 flights in a normal 12-month period – although in 2020 this figure fell, and it will have done so again this year.
WGH provides all kinds of ground services– not only ramp handling, including de-icing, but the full range of passenger handling, cargo and warehouse handling, call centre operations and security. Its customers number more than 100, encompassing shippers and forwarders as well as airlines, the latter including such carriers as Lufthansa, Air France KLM, SAS, Norwegian and, of course, sister enterprise Widerøe.
Given the range of airlines it serves, it is no surprise then that WGH handles a wide range of aircraft: everything from Dash 8 turborprops, B737s and A320 narrowbodies, right up to B777s. It meets the needs of these airlines’ own passenger and freight customers; with regard to the latter, for example, WGH handles Qatar Airways B777s able to fly more than 50 tonnes of fresh seafood in their bellyholds twice a week out of Bodø in northern Norway.
To provide this wide variety of ground handling services takes a similarly broad range of GSE, from smaller ramp and passenger handling equipment to big maindeck loaders and big de-icing rigs.
What is more, informs Kjell Maudal, chief commercial officer of WGH, the handler has invested heavily over the past year or so in new GSE. Significant money has been spent on, for example, 18 sets of passenger steps acquired from Slovenian manufacturer TIPS; 15 Power Stow belt loaders, as well as two others; six Linde baggage tractors; de-icing units destined for the start-up operation in Oslo; and large numbers of smaller but nevertheless important GSE such as ground power units (GPUs) and air starter units (ASUs).

Sustainability
One of the important priorities set by WGH in the nature of its overall offering – and this is reflected in its GSE acquisition decisions – is sustainability.
“This is one area in which we are able to differentiate ourselves from other service providers,” notes Maudal. The environmental impact of a ground services provider in terms of harmful emissions is not insignificant, he points out, and so WGH has looked to acquire as much electrically powered GSE as possible.
It will continue to do so, confirms Maudal, who looks forward to the day when all GSE can be powered in more environmentally friendly ways. He references, by way of example, the fact that a handler operating a de-icer pretty much 24 hours a day will not want a battery-powered rig – there is not enough time to take it out of use in order to charge its batteries.
In terms of new GSE acquisitions, WGH has also switched its focus from leasing to purchasing new equipment. It certainly does not rule out the former as an option, but purchasing has become the preferred strategic option right now, Maudal advises.

Surviving the impact of the pandemic
As noted above, WGH has not been unaffected by the impact of the Covid-19 pandemic on the aviation industry. And it made changes in its procedures and deployment of resources to meet the changing times. In terms of personnel, some people had to be laid off, whether temporarily or permanently, while in terms of processes WGH moved quickly to minimise the level of contact between its handlers and others – particularly the travelling public.
The number of ‘touch points’, as they are sometimes described, was primarily minimised through the adoption of as many passenger self-service procedures and devices, such as self-service baggage drop desks, as possible. “But we looked at all passenger procedures to see how we could make the whole process smoother,” says Maudal.
WGH is still considering such options as, for example, using technology to remotely monitor boarding processes in order to minimise the number of staff present and therefore possibly in contact with travellers.
Things could certainly have been worse. “In Norway, we have been lucky,” he says, the government having supported the aviation industry there, especially domestic flight services.
Meanwhile, WGH has also sought alternative ways of bringing in revenue. For instance, in May it confirmed that it had sealed a deal with airport operator Lufthavndrift for the provision of airport security control at Haugesund Airport from 1 September, while it also began delivering assistance services to passengers of restricted mobility at the same airport on 1 June this year.
This complemented a similar PRM handling contract agreed with Norway’s state-owned airport operator Avinor (which is responsible for a total of more than 40 of the nation’s gateways) covering 39 stations that went into effect on 1 May.
And, when things do begin to return to normality, WGH is ready and waiting to ramp up its operations to meet increased
demand, Maudal confirms.