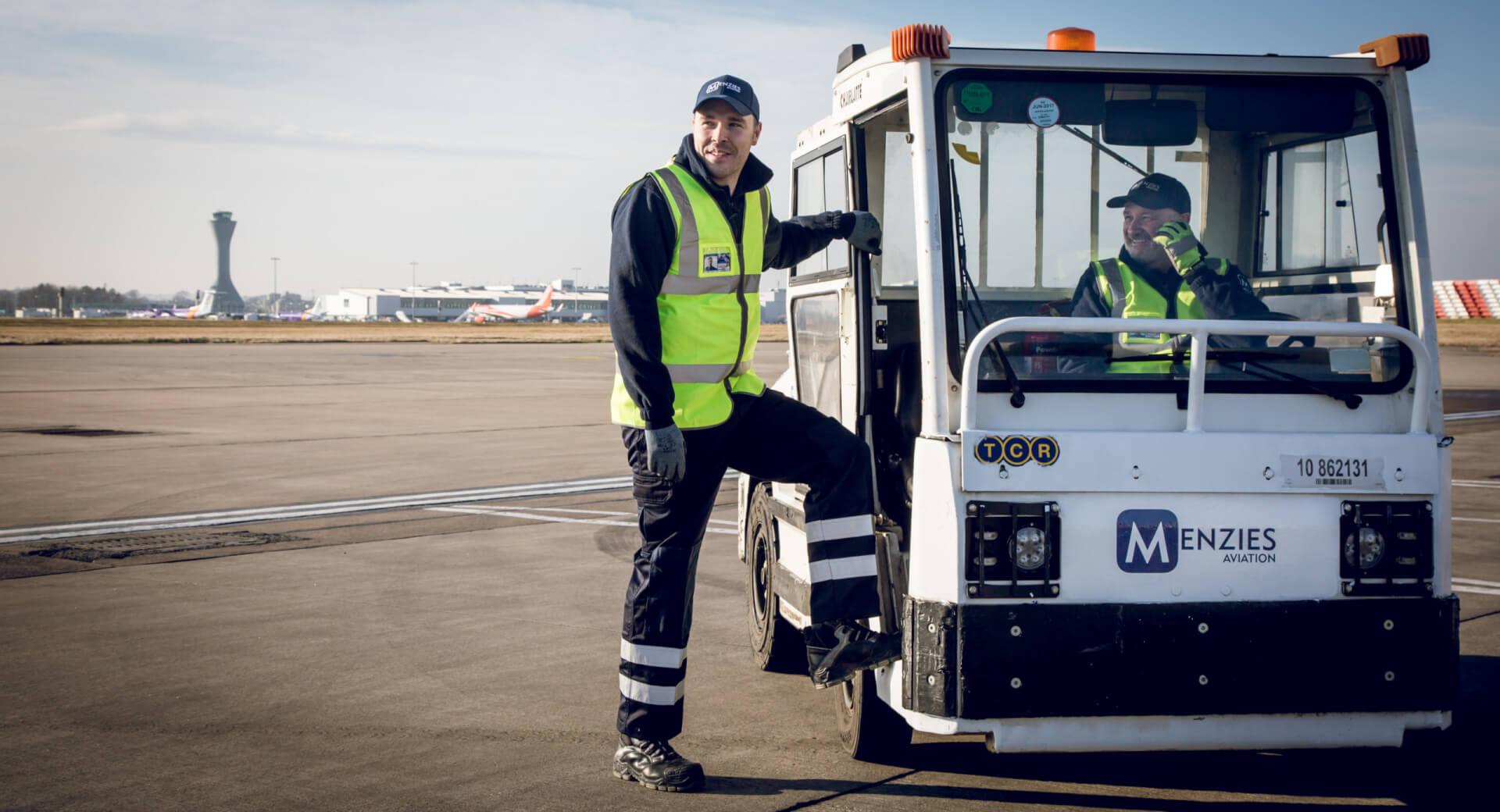 Should GSE damage aircraft in the course of its work, the financial – and potentially the human – consequences can be huge. It is no surprise then that GSE operators have put in place stringent procedures to minimise such incidents, although eradication of what is sometimes termed ‘ramp rash’ seems likely to be a step beyond the industry for the foreseeable future

Amongst handlers, the feeling is very much that the problem of ramp rash is not going to go away any time soon. In fact, for many, the problem remains as acute as it ever was.

Menzies tracks all cases of damage on the ramp, including collisions between vehicles, property damage and personal injuries resulting from these actions. Most involve GSE colliding and driving into static objects, Drever says.

“Menzies has put in place a number of incentive schemes over the years to combat the problem of damage on the apron,” he continues. “Each year, we put a focus on ground damage and this year is no exception as the costs of damage, even outside of aircraft damage, is very concerning.”

Stephen Williams, head of safety – international airport operations for dnata, makes the very pertinent point that it is difficult to measure whether the problem is getting worse, or whether more incidents (and more near misses) are now being reported, thus making it appear that the problem might be growing. The greater level of reporting is actually a positive thing, he says, something that ground handlers can build on. Only if incidents are being reported can the problem be truly assessed and combated.

Indeed, it is only over time, with good data, that the industry will be able to analyse how well it is dealing with ramp rash, he considers.

Dubai-headquartered dnata – the ground services provider that is part of the Emirates Group – has a well-established, rigorous approach to the problem of unwanted collisions on the ramp, including not only cases of ramp rash but also near, potentially dangerous, misses.

All such incidents have to be reported by anyone involved – and/or by any witness – to their supervisor, within that same work shift. To ensure that this is done, dnata sets a lot of store by having a ’Just Culture’, which aims to see accountability shared and accepts that failings are generally a problem of system or organisation rather than simple human failure – and that responsibility and blame need not therefore be attributed to any individual.

All incidents of actual ramp rash, or potential collision, are carefully logged in the dnata Hub incident reporting system, after which follows a process of investigation, the length and intensity of which depends on the nature of the incident. A full report is generated and recommendations made as to systemic changes in procedures, equipment required, or mandated changes to operations that are shared across all dnata businesses around the globe.These actions form part of dnata’s Global Incident Reporting Framework, with complementary incident investigation and management elements, including an Incident Review Board that convenes on a monthly basis.

Mitigating the impact
If the problem is still so significant, what can the ground service providers that operate GSE do about it? Menzies endeavours to tackle the problem on a daily basis by increasing staff awareness, controlling driving habits and making staff aware of the handler’s required procedures at airports, says Drever, adding: “Fighting ramp damage remains a priority on Menzies’ agenda.”

At Menzies, initial staff training includes good driving practice as well as awareness training of the specific driving restrictions and rules of the specific airport at which the handler will be working will also be given.

Plus, Menzies has many training and awareness films available online which form part of its induction and ongoing training programmes.

Combating ramp damage relies upon the people on the ground and correct reporting of any incident, including near misses, Drever observes. Thus, “Menzies makes it abundantly clear that all aircraft damage or contact with an aircraft – no matter how small – must be reported immediately.”

dnata too has a wide range of policies and strategies in place (besides reporting) to combat the problem. Ensuring regulatory compliance and continually reminding staff of the need for safety form part of the overall strategy, as does stressing the implications of not following correct procedures as part of any new worker’s induction, says Williams.

Audits and inspections, including senior managers going onto the ramp to observe day-to-day handling operations, are other elements of the dnata strategy to minimise potential collisions on the apron.

All of its employees who work on the ramp are required to follow the International Air Transport Association’s Ground Operations Manual (IGOM) to the letter and, moreover, the handler is currently compiling its own dnata Ground Operations Manual (dGOM), which will complement and support the Association manual by expanding it and making completely clear how it applies to all dnata ramp operations.

Plus, dnata takes the process of employee feedback on this issue very seriously, Williams adds. All staff are encouraged to suggest how operations can be improved, and how safety can be reinforced through procedural or equipment-related change.

In the event of trouble
Menzies refers to incidents of ramp rash as ‘Category A’ events and the company has its own standard operating procedures for such an eventuality.
“All activities around the aircraft are immediately stopped,” Drever informs. “In the case of fire or other dangerous situation, staff are evacuated away from the aircraft.”

The fire service and airport authorities are contacted. If the situation presents no danger then the scene is ‘frozen’ and the Menzies management, safety team and airline representatives are contacted.

“An initial investigation report is carried out at the scene to assess the damage and its likely cause. The airline’s technical service also checks the damage in order to ascertain whether the aircraft remains airworthy or has to be grounded.
“Interviews of all staff involved are held,” Drever continues. “Photographs, reports and witness statements are all uploaded into our safety reporting system. Once all of the information has been gathered the incident is assigned a case number. Each aircraft damage case is discussed and analysed at the monthly safety meeting, held at the highest level [of Menzies].”

Safety first: new GSE technologies
As for the equipment that its employees operate, all of Menzies’ GSE specifications are based on ‘safety first’, says Drever. Examples include IATA Airport Handling Manual (AHM) 913 approach systems, which Menzies ensures are fitted to its equipment where appropriate.

Safety features include dead man’s pedals on electric GSE to cut power, special protection on booms of conveyor belts, locking devices on pushback wheel nuts, breakaway hoses on water and toilet units, towbar interlock systems on ground power units to prevent driving away when connected, interlock systems on fuel trucks to prevent driving away when connected, seat belts as standard, sensors on de-icer buckets, cameras on GSE that comes in the vicinity of the aircraft and telematics to record incidents.

Menzies continues to fit AHM 913-compliant approach systems to any new GSE and stipulates it as a standard specification for any orders.

“It is early days to give a definitive opinion as to whether the approach system helps, as we still have a mix of GSE with an approach system and GSE without one,” Drever says. “But any system which assists the operator approaching the aircraft more safely can only be a positive development, and Menzies supports this 100%.”

Plus: “Telematics is fitted to any GSE operating at a medium or large airport to be able to trace incidents and record when they occurred. Camera systems to assist with reversing are fitted to machines as another aid to prevent and minimise damage.”

dnata has also got fully on board with the new requirements with respect to anti-collision systems; in fact, it has gone above and beyond what is mandated, Williams observes, by making the decision that all motorised GSE that the handler will acquire and put into operation must have collision avoidance systems fitted as standard. In so doing, dnata is also making a clear statement to its own employees and customers that it puts safety at the forefront of its business model and that it provides a ‘best-in-class’ offering, Williams says.

Such technology is important, of course, but it is only one part of that wider continuous improvement process that dnata has in place to assess safety and operational procedures and revise them where necessary, he adds.

Equipment and technology can only do so much – collision avoidance systems come into effect typically when procedures have not been followed, and it is in the business culture, training, monitoring and 360-degree feedback processes that dnata emphasises so strongly that the best sort of change can be made, Williams concludes.

Drever agrees. “Most damage is caused by not following the procedures people have been trained to follow so it is important to continue with refresher training and on-the-job awareness,” he says.

“Autonomous vehicles may be part of the solution but I still think we have a long way to go before these machines enter the airport ramp environment, even though a number of manufacturers have produced these vehicles and are in various levels of testing and trialling.”

For now, Menzies always uses a banksman to guide equipment that interacts with the aircraft to and from the airplane, for instance. This is a standard operating procedure (SOP).

“Developments in telematics will help to track and trace and aid in operating vehicles, all of which makes the operator more aware of the operating procedure preventing short cuts. On board camera/tracking devices such as those used for insurance purposes may also help,” Drever adds.