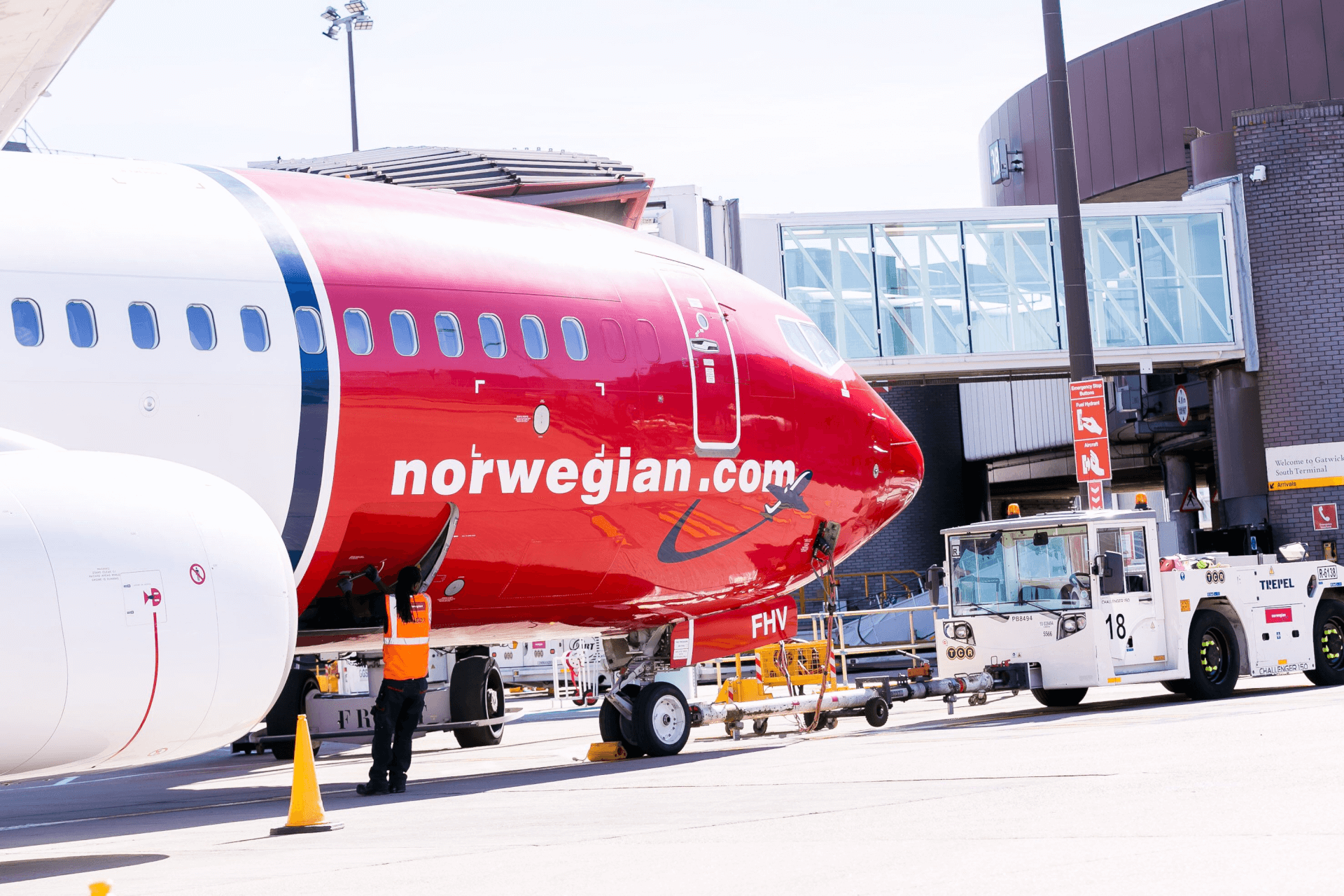 Two members of the senior management team of Red Handling, the in-house ground service provider of Scandinavian low-cost carrier Norwegian at London Gatwick, talk to Airside about the latest trend toward smaller, bespoke handling operations, and the quality of service that it can offer to third-party airlines

Robert Williams, head of planning for Norwegian Red Handling, and James Collins, head of airside operations at the handler, are firmly of the opinion that operations like Red Handling are becoming increasingly popular for a wide range of reasons.

At the South London gateway where Red Handling is based, there is also British Airways’ wholly owned subsidiary Gatwick Ground Services (GGS), while easyJet has turned to the services of DHL, not known traditionally as an on-airport ground service provider, for its handling at the airport.

Elsewhere, Ryanair’s handling needs at London Stansted are met through Omniserv’s dedicated Blue Handling service, while Jet2 has also made a move into self-handling across its network.

According to Williams, “Airlines are increasingly beginning to see that the benefits can outweigh the costs of bespoke handling operations, especially at key stations.”

For a carrier such as Norwegian, to have its own in-house ground services provider at its key UK hub offers numerous benefits in many areas, he says, not least in the amount of control the airline thereby retains over its own performance, the full oversight it has over the handling provided, the capacity to react quickly to operational changes or problems, and the ability to customise and control all aspects of its customers’ experience in terms of ground service provision.

Moreover, commercially, self-handling can be a very competitive proposition at an airline’s key hubs, Williams points out. Of course, the volume of traffic handled has to be high, Collins observes, if self-handling at a gateway is to be a financially viable alternative, but where the volumes are there – such as for Norwegian at Gatwick – the potential advantages are significant.

Adding to those listed by Williams, Collins also points to the fact that the airline’s own loyal staff being so customer-facing means that they can genuinely represent the carrier in the best possible light.

The start-up costs to an airline for self-handling at a given station may be higher than those involved in contracting the work out to a third-party supplier, but most of the costs can be mitigated. For example, one of Red Handling’s biggest outlays is GSE, but equipment can be leased rather than purchased to cut down on initial investment. Likewise, office space and other infrastructure can be leased rather than purchased.

Looking for new customers
Red Handling is not only serving its parent carrier Norwegian at London Gatwick; it would also – in normal times – be handling for Portuguese airline TAP. TAP’s flights into Gatwick have been suspended for the moment because of Covid-19, but Norwegian Red Handling’s successful tender win proved that it has the capacity and the capability to handle for other carriers.

And that is a line that Red Handling wants to explore further. It will not be a case of taking any or all business on offer, says Williams: in fact, he suggests, “We will probably turn down as much business as we take on,” adding that Red Handling’s approach is to consider its position very carefully before competing in any ground service provision tender.

“We have to see that benefits will accrue,” Williams informs, “both for Red Handling and for the airline in question.”

Size is not an issue. Indeed, when it comes to handling, “We don’t see small as being a bad thing; in fact, it can be a benefit,” he says. “Each of our team is very accountable, working together to ensure that any new business is sustainable.

“Yes, we don’t have the large corporate structures [of the globally active handlers] but we meet the same standards and provide high-quality services.”

As an airline’s own in-house handling operation, Red Handling knows what a carrier wants and needs from its ground services provider, Collins declares. That knowledge and experience can be very usefully applied to other airlines for which it might handle, he suggests. Red Handling’s proactive approach to relations with its own parent carrier can also be adopted for TAP or any other future airline’s clients.

The global operators may find it very difficult to please all their customers all the time by very virtue of their scale, Collins opines. Looking back at the TAP tender win, he recalls that Red Handling thought carefully before entering the competition process, looking closely at issues such as TAP aircraft types, the airline’s schedules through Gatwick and the GSE that would be required, before coming to the conclusion that both parties could benefit from the relationship.

“TAP has been very happy with our performance since,” he says; “[it’s been] a very good fit for both us and them.” Collins confirms that Red Handling stands ready to take up its duties for TAP at Gatwick as soon as the carrier returns to operational flying through the gateway.

The relationship has also offered Red Handling a shop window to the market to demonstrate that it can handle for third-party airlines very successfully. “We are now on the radar of other carriers when it comes to approaching the time for issuing new tenders,” Williams notes.

And, while the Covid-19 pandemic of course has impacted airlines’ willingness to invest in the future as well as denting the intensity of current flight operations dramatically, Red Handling is “ready to take the next step” in handling for other carriers, Williams adds, and can ramp up as required very quickly.