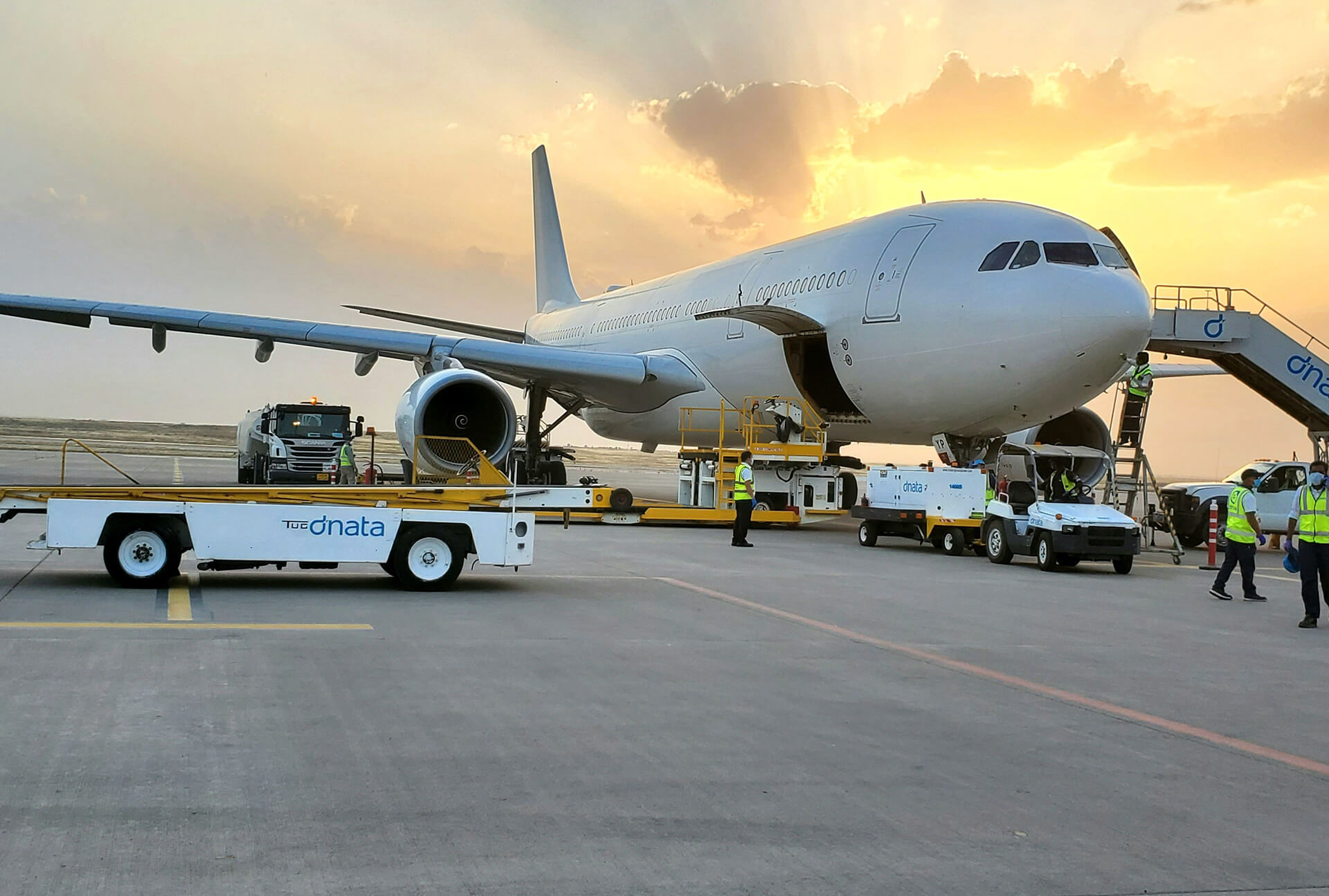 Airside meets two suppliers of tracking and telematics systems, a way of maximising the benefit of GSE units and thus an even more attractive option than usual in these pandemic-affected times

Targa Telematics is a Treviso, Italy-headquartered specialist in smart mobility systems, offering solutions in the areas of management, maintenance, monitoring and pooling of vehicle fleets. It is active in markets including commercial vehicle fleets, car rentals and construction, as well as airport service vehicles and GSE.

Carlo Stefanelli, Targa’s chief technology officer, explains that the company has been in the smart mobility market for approximately 20 years, primarily involved in passenger car fleets and specialised vehicles. In 2016, in partnership with GSE lessor specialist TCR, it moved into the airport sector.

“With TCR’s experience and our technology, we really started looking to the on-airport handling market,” Stefanelli informs. Targa is particularly strong in the artificial intelligence (AI) and data analytics elements of mobility systems. “This is our DNA,” he says.

For the dedicated on-airport GSE market, Targa offers an off-the-shelf product that optimises vehicle and fleet usage, in addition to improving safety. As well as facilitating the usual collecting, recording and analysing of data that a modern telematics system affords, Targa’s solution offers additional features such as ‘remote authorisation’ – a GSE unit’s operator must prove their identity before the vehicle will start, either by swiping their badge ID or using their smart phone.

While offering security against theft or inappropriate usage of GSE, such a process also enables Targa’s customers to know who is operating what items of GSE and when – and so also, of course, enables them to track and assess how each operator uses the equipment in terms of safety and efficiency.

Another feature of Targa’s telematics system is that it allows the company’s customers to put in place a relevant pricing model for their customers. For example, telematics can show how much power a given ground power unit supplied to an aircraft, and so the customer airline can be charged accordingly.

Telematics also facilitate proactive maintenance to be undertaken, optimising the through-life performance of GSE for a handler, Stefanelli observes. Targa’s system offers all these fairly standard benefits of a telematics system, but it also offers customisations as required by any particular client. Targa’s team of developers has produced customer-specific features on a project-by-project basis, he declares.

Stefanelli also points to another specific selling point of Targa’s telematics solution: its particular value in relation to the growing number of operators of electric vehicles (EVs) on airport ramps. Non-combustion engine-powered GSE units typically benefit from a greater degree of telematics-based usage analysis, he asserts, because of the different characteristics of their power supply and how their batteries are best used and charged.
Targa’s solution is particularly geared to optimising the utility of those characteristics, demonstrating when batteries should be recharged, the effects of idling times on battery performance and so on; each characteristic also varies according to the type of battery (such as lead acid or lithium-ion) used.

“We provide actionable insights for the GSE handler based on the nature of the battery and the electric vehicle, its health and its usage patterns,” Stefanelli says. This is vital given the cost of any electric battery that powers today’s GSE.

Targa’s telematics systems are in use across Europe (its biggest market), the US, Latin America, Asia and even Oceania.

Handlers using Targa’s telematics systems include Swissport, Menzies, dnata, Red Handling and DHL, while airline customers take in British Airways (part of the Anglo-Spanish IAG Group), Emirates of Dubai in the UAE, Scandinavia’s SAS, KLM of the Netherlands (part of Air France-KLM) and United of the US.

Typically, the bigger operators are more familiar with telematics and know exactly what they require when they approach Targa, Stefanelli says. Smaller customers are less familiar with the technology and what it can achieve, but can be more agile in their deployment of such systems.

Customers have installed Targa’s telematic modules on a wide range of GSE, including pushbacks, de-icing units and baggage tractors. The system is being used even with cheaper GSE such as baggage tractors because it is very affordable, Stefanelli says, thanks to the fact that it is based on technology developed for large commercial and passenger vehicle fleets, for which it can be sold in high volumes at an affordable price.

Technology doesn’t stand still, and nor does Targa. It is benefiting from the latest innovations in fields such as edge computing, AI and the Cloud, and the company’s own R&D team is putting in place new features almost on a weekly basis, Stefanelli says. Further EV optimisation is a current priority for the company, he states, as is working on any technology that can help fleet managers minimise their spend on new GSE acquisition by optimising fleet performance.

Targa is also putting a lot of work into how its telematics solutions can support GSE pooling at larger airports, its data analysis having shown that such a strategy can significantly reduce the amount of GSE required at any given gateway across all the handlers active there.
And in the context of the Covid-19 pandemic, telematics is proving its worth more than ever, Stefanelli says. Targa telematic data is being accessed and analysed even more than usual right now, he notes, despite the fact that there is currently significantly less GSE being used on airport ramps around the world because of the collapse in the passenger aviation business. It seems that GSE operators are keener than ever in these challenging times to see how they might optimise equipment performance and thereby minimise costs.