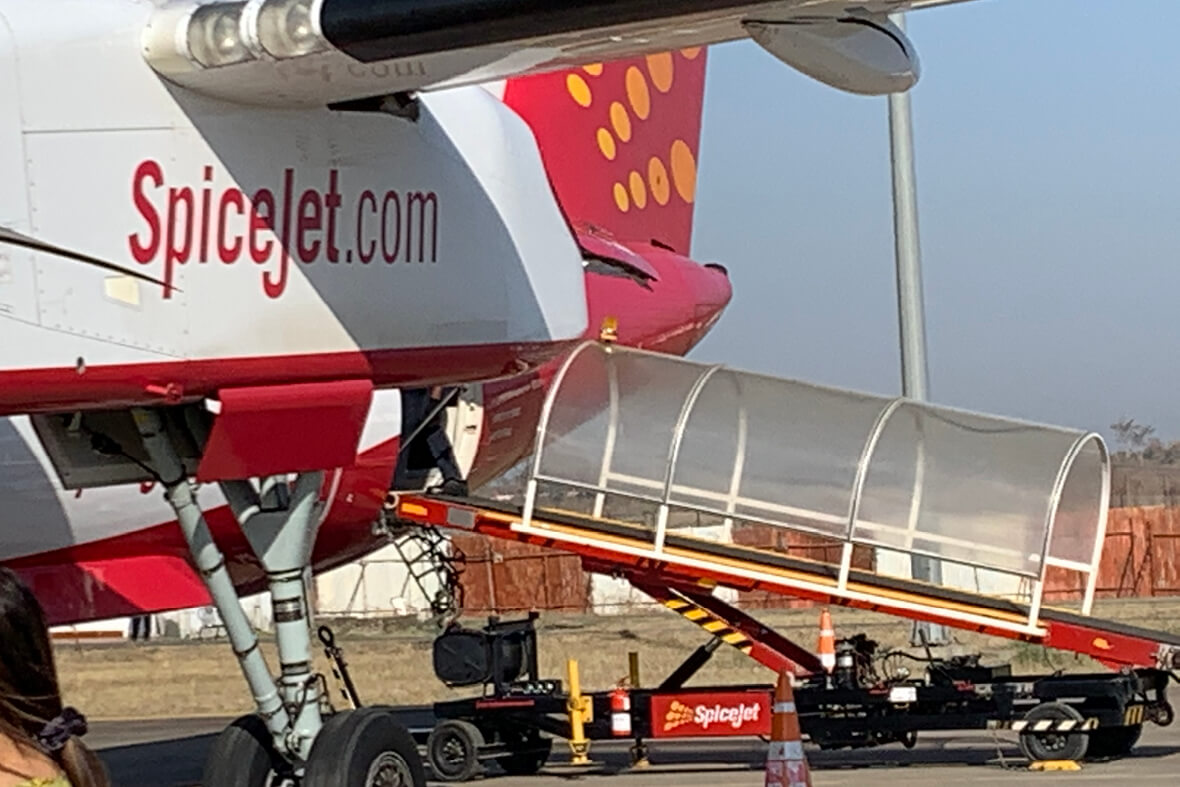 Mumbai, India-based GSE manufacturer Transtec Overseas is offering a range of different equipment suitable for those looking to support the global air movement of Covid-19 vaccines, and other cargo

Transtec director Adesh Shah tells Airside that the last 12 months have certainly been tough. The passenger aviation business in its core markets has collapsed since the start of the pandemic.

India accounts for about 40% of Transtec sales, and – of the remaining 60% – a large proportion derives from other South and South-east Asian markets; in these regions, 2020 saw airline passenger numbers collapse, especially among the low-cost carriers (LCCs) that dominate the Indian domestic aviation industry.

But the company has not stood still, instead using the time wisely to develop new products adapted to where demand has remained strong: namely in air cargo generally, and also the booming vaccine transport business.

In fact, it has developed a number of entirely new products as a result of specific demands put to it by freight-carrying or freight-handling customers. One of these is a 10-tonne heavy duty cargo trolley that is particularly suited to the loading and unloading of (10) standard 1-tonne pallets. The trolley’s pneumatic tyres benefit from a leaf spring system for a smooth ride on rough surfaces. The unit is available either as an open-sided model or with both sides curtained to protect the unit’s payload from the elements.

Transtec also developed a new cargo baggage trolley that can take a payload of up to 7 tonnes. It has sliding side doors through which freight or baggage can be loaded or unloaded.

Each is a very cost-effective alternative to similar GSE available on the market, Shah remarks.

Dedicated to vaccine transportation, Transtec can now supply a standardised model refrigerated truck that can keep vaccines as cool as –25 degrees, which is now being sold to logistics businesses. Also available to either self-handling airlines or ground service providers (GSPs) is a towable refrigerated vaccine container based on a 20ft or 40ft dolly, ideal for moving vaccines from an aircraft to a truck or warehouse (or vice versa).

Again, these are relatively low-cost alternatives, in this case to other cool dollies available in the market, Shah asserts.

Away from the cargo sector, Transtec continues to develop other new GSE. One such is a narrowbody 5m towable belt conveyor powered by a lithium battery. A charge enables between five and six hours of operation. This model is currently on trial at Hyderabad International with airport operator GMR.
Transtec has offered lead acid battery-powered GSE for some time now, but this represents the first time it has ventured into lithium battery technology. Given the rising price of diesel in India right now, it offers a very viable total cost of ownership (TCO) alternative to conventionally powered GSE, Shah suggests.

During the downturn, the company has invested heavily in new technology, and especially into investigating charging systems, battery live saving technologies and other greener power options, he adds.
Finally, Transtec has upgraded its non-powered passenger stair unit such that the unit – which can reach up to heights of between 3m and 5.5m – now comes with LED lighting and aircraft approach warning system.

“We are continually trying new things, constantly trying to improve our products,” Shah says. And, while the market is certainly depressed right now, there are causes for optimism. Airport Authority of India (AAI), the national airports authority, has issued tenders for ground handling licences at no less than 54 airports across the country, for example: this is the first time it has conducted such a wide-ranging process for new handling contracts.

Those GSPs that prove successful may well be looking to acquire new GSE, Shah believes, not least because AAI requires handlers that acquire GSE to acquire equipment that is no more than two years old.

While this year may again be very challenging, Shah hopes that 2022 may see something like a return to normality in the aviation industry and better news for GSE suppliers. In the meantime, Transtec will continue to innovate, he says, to meet changing demands.