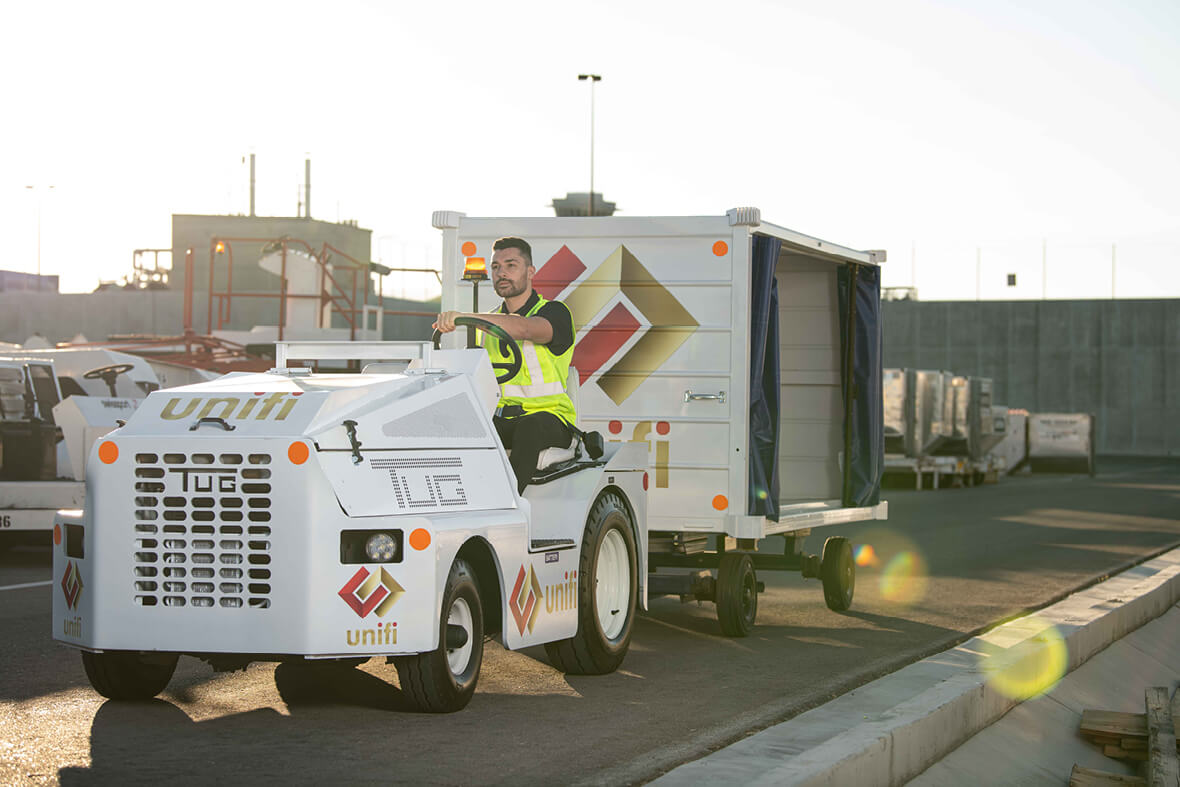 Despite the harsh downturn in flight operations in its key market, US aviation services provider Unifi continues to handle for most of the big American airlines that operate strong domestic networks. And it is looking to expand, whatever the future of the industry

Unifi dates its history to Delta Global Services (DGS), a wholly-owned subsidiary established by Delta Air Lines in the late 1990s to provide aviation services – particularly ground handling – for its narrowbody domestic flights at airports across the US.
A little over 20 years later, Argenbright Holdings – a US-based provider of aviation services and contract security – took over management of the DGS business, which by then was providing various aviation services for other US carriers as well as Delta; the deal became a reality on 21 December 2018.
With DGS and Argenbright then becoming one under the Unifi brand, a new name in aviation services was born. The process of rebranding all necessary elements of the business to Unifi continues today.
Unifi provides a wide range of aircraft services across more than 200 airports in the US. Its portfolio of aviation services include ramp handling, passenger (including those in wheelchairs) handling, aircraft cleaning, airport janitorial services, airline shuttle bussing, aircraft de-icing, cargo handling, fuelling and even facility security.
Unifi handles something in the region of a million flights a year, with its primary customers continuing to include legacy and low-cost US airlines active on domestic routes, as well as cargo airlines such as Amazon. It has more than 22,00 employees on the weekly payroll, though this number is down slightly from a pre-pandemic staff closer to 30,000 strong.
All its services are entirely airport/airline-based, explains chief strategy officer Ying McPherson: it does not, for example, offer facility services outside airports, and has no plans to do so. Its biggest station is Hartsfield-Jackson Atlanta International Airport, Atlanta also being the home city of Delta, where Unifi has upwards of 3,000 employees, whilst at its smallest stations it is only handling one or two flights a week.
Although Unifi currently operates exclusively at US gateways, there are plans to expand into the European and also Latin/South American markets, McPherson confirms.
On the subject of the pandemic, McPherson points out that, while 9/11 was perhaps worse in its immediate impact on the aviation industry, the collapse of the sector due to Covid-19 has been much more prolonged. Furthermore, she points out, the crisis is not yet over and it is not clear when any sustained recovery toward pre-pandemic levels of flying might take place.
Nevertheless, while international passenger numbers have nosedived, domestic flying behaviour has not been affected in quite the same way – which, given Unifi’s business model, has been of benefit to it.
Unifi has taken steps to avoid the impact where it can. In particular, McPherson explains, the company took steps to diversify away from just ground handling, and the range of its service portfolio today is testament to that. In fact, she notes, some elements of Unifi’s business have actually grown in value during the pandemic – for instance, its electrostatic disinfectant service has proved a welcome addition to its popular aircraft cleaning offering.
And, while passenger numbers have fallen away dramatically as a result of the ongoing health crisis, cargo has retained its importance, and indeed perhaps increased in significance given the need to fly large quantities of vaccines around the world. As such, Unifi is keen to further develop its role in the air freight sector.
In addition to the intention to expand Unifi’s geographical footprint, McPherson believes that there may be opportunities for expansion in areas where other aviation service providers are not able to survive in such difficult times.
Of course, some airlines are also struggling and more might go to the wall. Others have and will continue to consolidate their networks. Another challenge, says McPherson, lies in the US labour market for workers that a company such as Unifi is looking to employ. Many handling staff have begun work in other industries and it might not be easy to tempt them back.
However, says McPherson, Unifi believes that staying true to its core values of focusing on frontline employees and enhancing their work experience with high levels of employee engagement will help it win in the long term.