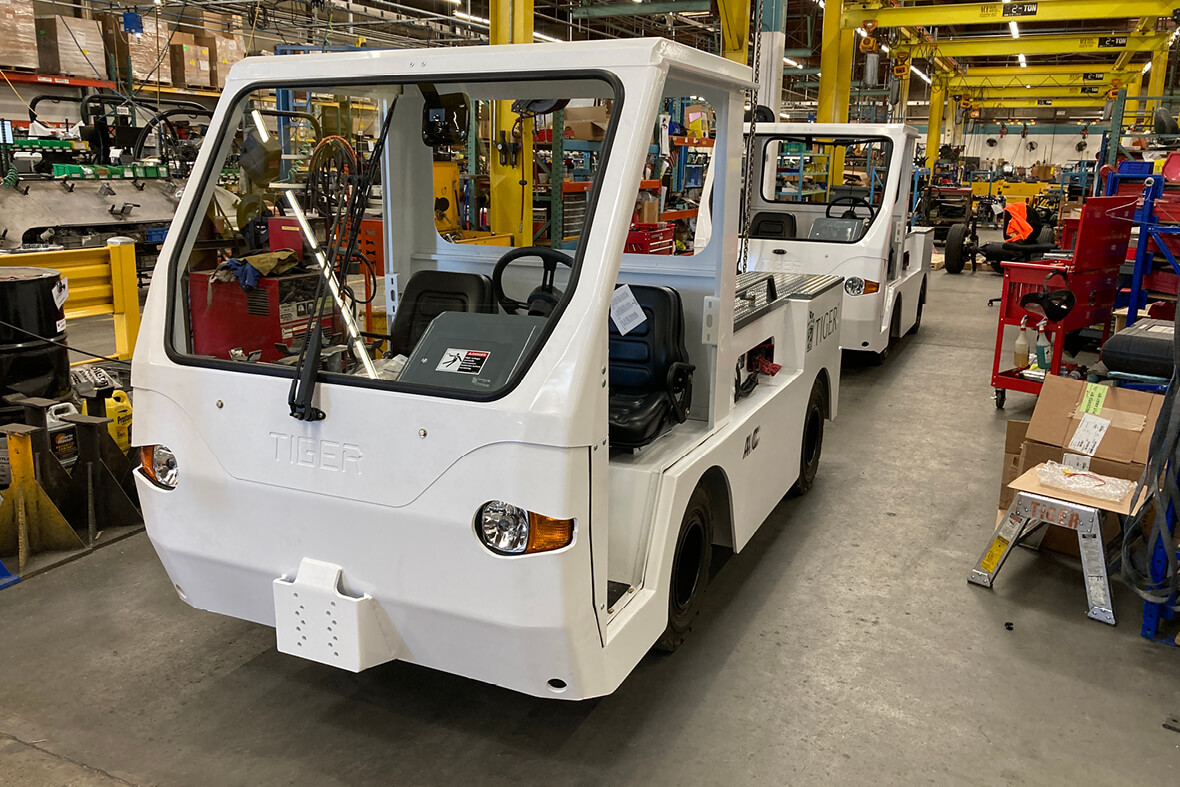 Anaheim, California-based Waev Inc has acquired the Taylor-Dunn and GEM businesses from Polaris Inc in a management buyout that was completed on the last day of last year. Polaris purchased Taylor-Dunn in 2016 and GEM in 2011, and announced its intention to sell the businesses in October 2021

Waev was founded by five former Polaris executives as an electric mobility provider to manufacture, distribute, market and support the GEM and Taylor-Dunn brands. According to the start-up, it will “strategically place the GEM and Taylor-Dunn brands at the forefront of the business”.
Under the continued leadership of these five individuals, the business will be “optimised for growth and refocused around the customers, dealers and partners GEM and Taylor-Dunn serve”, a Waev statement informs.
GEM is a specialist in low speed vehicles (LSVs) in the electric vehicle (EV) market. Its EVs shuttle people and goods across colleges and universities, city centres, residential communities, government campuses and other micro-environments. It commercially produced the first street-legal LSV in the US.
Taylor-Dunn has more than 70 years’ history of manufacturing industrial vehicles, and is active in the GSE space with its tow tractors. From airports to zoos, the company has a broad portfolio of vehicle models designed to move people and goods with electric, LPG and gas-powered, customisable options.
Keith Simon, Waev co-founder, president and CEO, comments: “Waev’s ownership of GEM and Taylor-Dunn represents an exciting new era in the legacy of these brands.
“We are bringing new life to these businesses, enabling growth well into the future. Greater demand for electric vehicles along with advancements in EV technology open up opportunities for GEM and Taylor-Dunn in new applications and markets that we will invest in and pursue long term.”
He tells Airside that, “Initially, Waev is solely focused on the purchase and transition of GEM and Taylor-Dunn from Polaris. These businesses represent a great foundation for Waev to build upon and grow from.”
The GEM and Taylor-Dunn brands will remain in existence, though the businesses are owned by Waev. “GEM and Taylor-Dunn are the foundation for this business and those brands will continue to lead in the urban mobility and industrial markets for years to come,” Simon insists. “We have no plans to rename those product lines.”

Anaheim connection
When GEM production moved to Anaheim in 2017, it joined Taylor-Dunn manufacturing and established a southern California-based electric vehicle centre.
Essentially, GEM and Taylor-Dunn share operations in Anaheim (at the site which also now serves as Waev’s headquarters), but the integration of these businesses goes much deeper than this, says Simon. “There is overlap in the markets and customers these businesses serve, so naturally the sales and marketing team, customer operations team, and channels fit well together.
“Within Polaris, both GEM and Taylor-Dunn were part of the Polaris Commercial brand and run by many of the leaders and team that run the business under Waev.”
But, Simon continues: “The 70-plus year history we have in California is just the start. Anaheim has been and will continue to be home to our EV manufacturing, design and engineering operations that are strengthened by our highly skilled and dedicated team.”
He is looking forward, he adds, to building on the “strong foundation of these businesses as we pursue new and emerging markets with greater agility and responsiveness”.