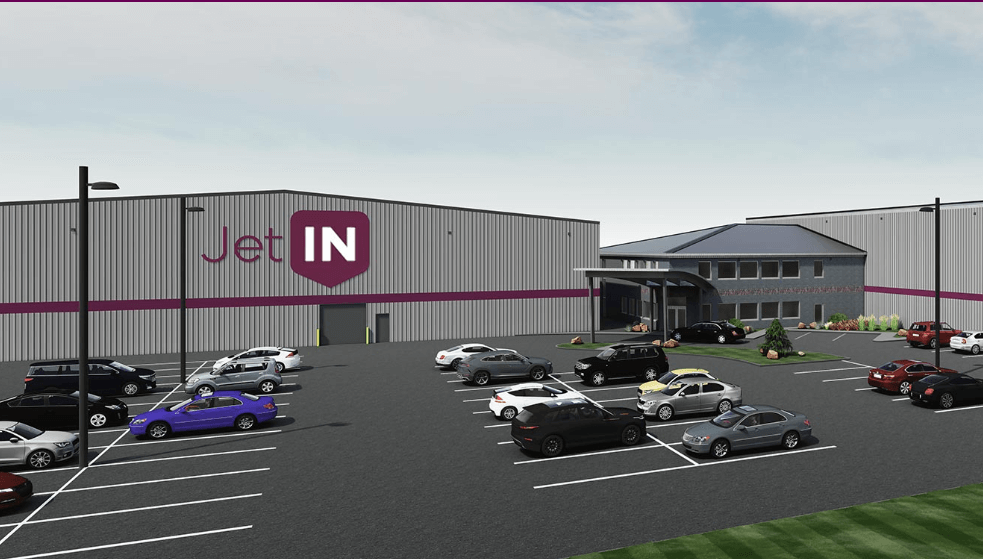 The Milwaukee headquartered fixed-base operator Jet In has announced plans to break ground on its new facility located at 504 E Citation Way at the Milwaukee Mitchell International Airport.

An $11 million investment will permit the development of the last greenfield parcel on the airport into the premier facility for general aviation in the state of Wisconsin.

The facility will provide a full complement of services and amenities, including heated hangars capable of accommodating the largest general aviation aircraft.

A thoughtfully designed terminal will incorporate the latest technology advancements and will cater to every need of passengers and flight crew.

Sustainability was a top priority in the facility’s design, incorporating energy-efficient heating and cooling technologies, an all-electric fleet of aircraft towing equipment, and electric crew and courtesy cars.

The facility will be fully compliant with the City of Milwaukee’s Green Infrastructure Plan.

The Jet In facility will open to the public as a full-service fixed-base operator.

It will also serve as the Milwaukee base of operations for its sister company, Jet Out.

The infrastructure and staff at the new facility will play a critical role in Jet Out’s ambitious plans to scale its successful aircraft co-ownership program.

“As we continue to adjust to a post-pandemic world, general aviation provides solutions for individuals, entrepreneurs, businesses, sporting teams, and other institutions seeking to manage risk and adapt their operations to a new reality.

“Jet In and Jet Out are proud to meet this need.”

Mr. Crivello went on: “We’d like to thank the many strategic partners who have each played an important role in launching this major development project, including Wisconsin Bank & Trust, RODAC Development and Construction and the Milwaukee Mitchell International Airport.”

Klagenfurt airport renews: all machines and vehicles in an online auction