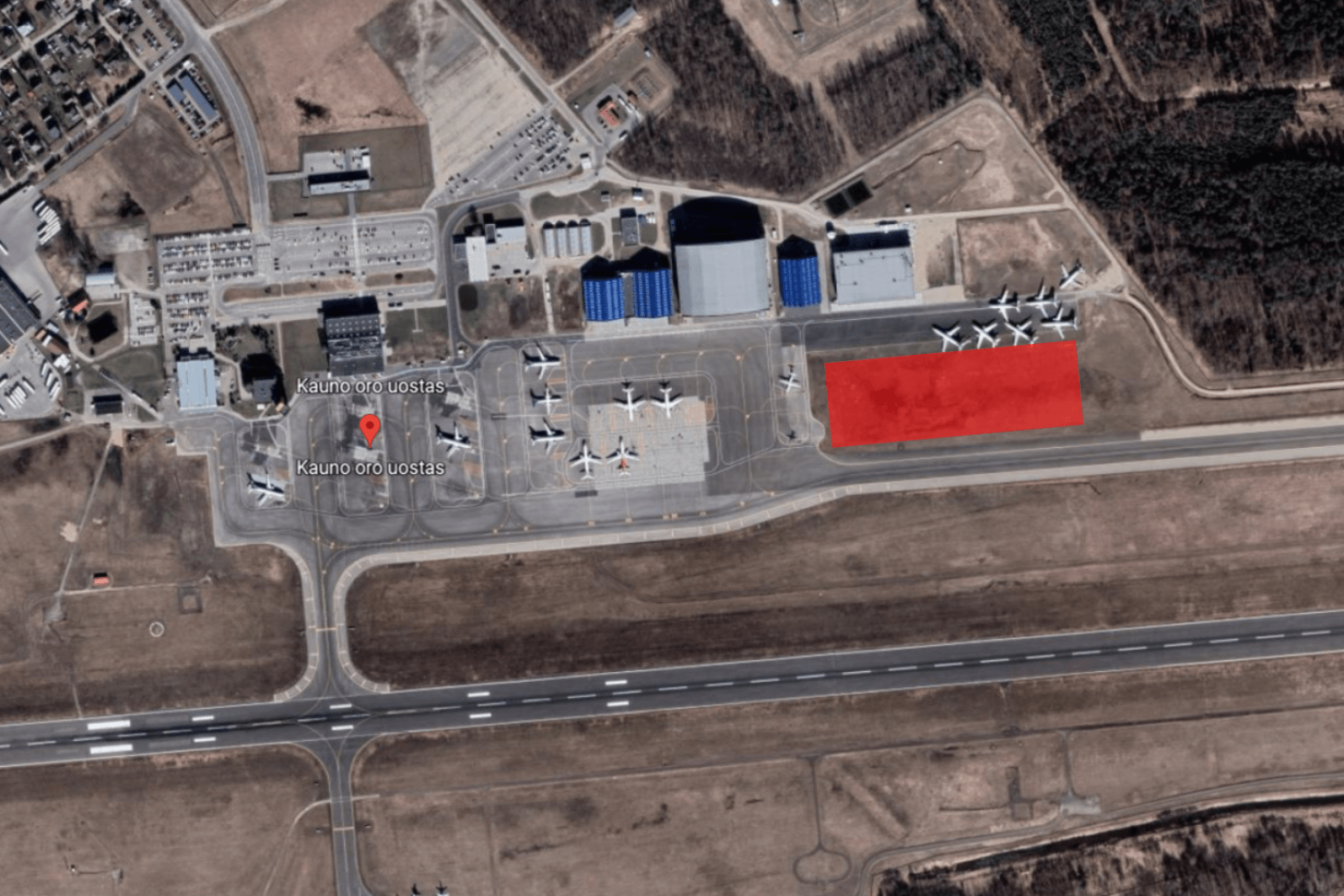 Lithuanian Airports has signed a design work contract with Kelprojektas, which will prepare a project for the expansion of the northern apron of Kaunas Airport.

The project will create additional aircraft parking and engine testing areas, which will increase the number of aircraft parking spaces at Kaunas Airport by more than 50%. The value of the design work is almost EUR 89 thousand (excluding VAT).

It is expected that the building permit will be issued by mid-February 2023, with contract works starting next year.

The apron of Kaunas Airport will be expanded in the northern part, where hangars for Maintenance, Repair and Overhaul (MRO) activities are currently located. The new apron will have an area of approximately 35,000 m2.

According to Arnas Dūmanas, Head of the Infrastructure and Operations Department of Lithuanian Airports, the development of modern and safe infrastructure is one of the strategic priorities of Lithuanian Airports, and the investment in the development of the northern apron of Kaunas Airport will benefit not only the operations of the airports, but also their partners.

“By developing the infrastructure on the apron of Kaunas Airport, we will have the opportunity to reduce the load on the existing parking lots, while expanding the capacity to accommodate and park more aircrafts, which will improve the safety of operations”, said A. Dūmanas.

“We will also be able to ensure safe aircraft engine testing in specially adapted, dedicated bays.

“In addition, by expanding the northern apron at Kaunas Airport, we are improving the opportunities and scope of operations with NATO forces, which have a large number of flights at Kaunas Airport.”

According to him, the infrastructure project will also bring financial profit, because this development means additional income for Kaunas Airport from aircraft parking at the new sites.

Once the works are completed, the sites will be able to accommodate different parking configurations, so the total number of aircraft parked may vary.

For example, one configuration could accommodate 14 Class C aircrafts and 1 engine test site on the expanded apron.

With larger aircraft, the number of pitches would decrease accordingly.

Currently, Kaunas Airport has 24 aircraft parking bays on the apron, accommodating a wide range of aircraft types and configurations.