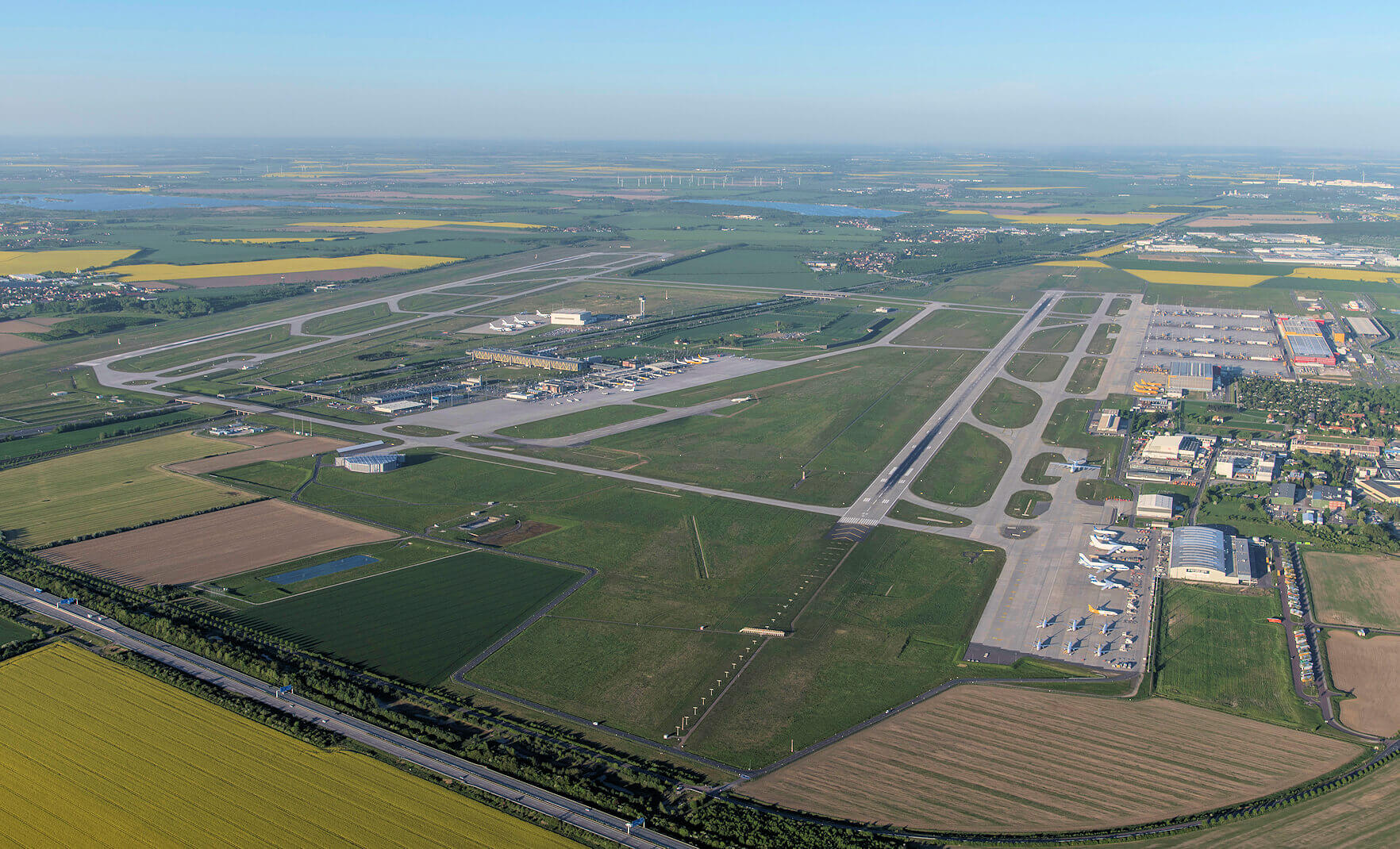 Leipzig/Halle Airport has temporarily taken its northern runway out of service.

The concrete surface will be intricately overhauled until September and the classic runway lighting will be placed by modern LED technology: this is an investment in the modernisation and operational performance of the infrastructure.

The airport will continue to operate while this work is taking place. Air traffic will be handled by the airport’s second runway, the southern runway.

Following 21 years of intensive use, the concrete surface on the northern runway has suffered substantial damage from the so-called alkali-silica reaction, as is commonplace on motorways.

This is commonly referred to as “concrete cancer”. This damage poses a risk that porous concrete could break off and damage aircraft engines.

The lights on the taxiways and the runway will be dismounted at the beginning of the repair work.

GPS-controlled milling machines will then remove the damaged concrete layer.

After this, the fresh concrete will be laid on both the runway and the taxiways.

The new LED lights will be installed during the final stage. This will involve more than 2,200 different navigational lights, connected by 350 kilometres of cables.