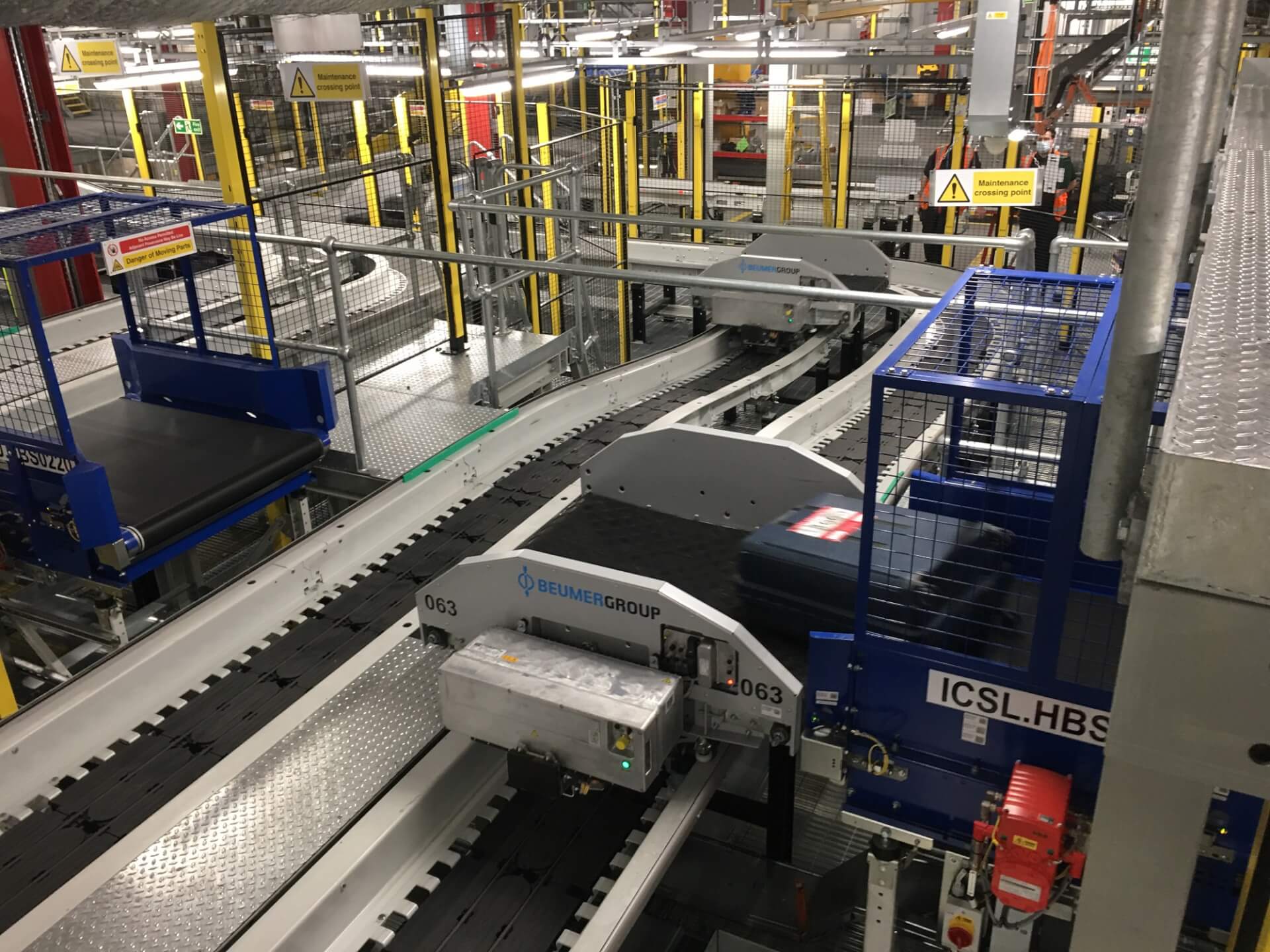 The pandemic may have brought airports to a standstill, but beneath London Stansted’s terminal a £70m baggage system revamp has been driven to the finish line.

The project, which took four years to complete, is the largest upgrade to the airport’s baggage network since the terminal opened in 1991. It involved replacing the ageing set-up of conveyor belts and chutes with 2.4km of track and 180 automated carts.

Designed by airport luggage experts, Beumer Group, the new low energy, fully automated system is faster and more efficient than the one it replaces. It’s the longest system of its type in the world and at speeds of up to five metres per second, bags will take around six minutes to travel from check-in to being ready to load onto an aircraft. 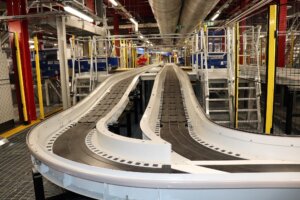 “While passengers simply hand their baggage in at check-in for their journey, below the terminal is a highly automated and complex system that seamlessly and safely ensures the right bag reaches the right flight.

“The Beumer autover system uses the latest digital technology, which will future-proof London Stansted’s baggage operation for years to come, improving performance for both our passengers and airlines.”

The work was initially carried out in stages to minimise disruption. However, the drop in traffic because of coronavirus pandemic meant the airport could speed up the project and complete it ahead of schedule.

“We would have much rather have welcomed the numbers of passengers we were expecting, but under the circumstances, the team took advantage of the situation and did a brilliant job. Despite the challenges that we’ve all faced in the last 12 months, it’s been encouraging to work on a project that’s going to have such a positive impact on passengers when they return to the airport,” added Steve.

“This now means the airport has a future proof system and a great deal of built-in flexibility for years to come.

“The integration of an end-to-end baggage handling system not only allows Stansted Airport to grow and service their airline customers and passengers, but it also places Stansted in the league of modern airports known for operating with a very efficient baggage handling design to increase baggage traceability and security at every stage of the handling process.”