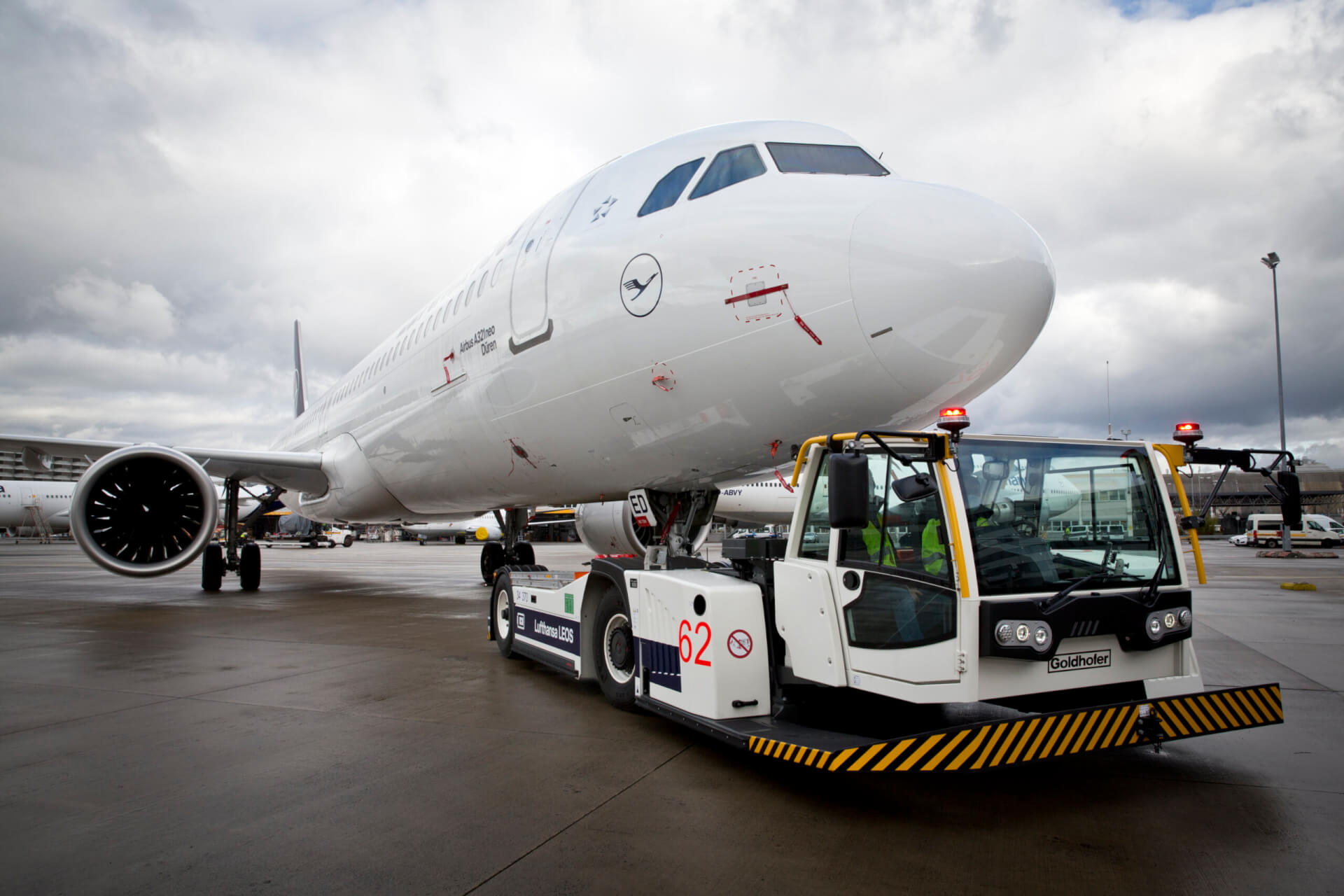 Lufthansa LEOS, the ground handling specialist of the Lufthansa Group, is the launch customer of the all-electric towbarless aircraft tractor Phoenix E from German manufacturer Goldhofer.

It can move aircraft with a take-off weight of up to 352 tons over short and long distances between parking areas, maintenance hangars, and departure positions.

Emission-free aircraft towing at up to 25 kilometers per hour

After extensive testing and training, Lufthansa LEOS added the electric vehicle to the fleet.

The advantages of the electric tug are apparent; it moves aircraft without emissions and noise or vibration.

With a battery capacity of 165-kilowatt hours and a drive power of 240 kilowatts, aircraft can be moved at speeds of up to 25 kilometers per hour.

Because the nose wheel of the aircraft is lifted and locked, the tug can move relatively quickly and is easier to maneuver than tugs with a tow bar.

Up to 20 towing jobs a day – all-electric

When controlling the operation of the towbarless aircraft tractor, it is necessary to consider how the state of charge develops for a day because aircraft tow tractors are “workhorses.”

They taxi to new parking positions in Frankfurt with the aircraft in tow for up to ten hours a day.

The daily energy requirement for up to 20 towing jobs per vehicle is almost twice as high as the battery capacity.

The thermo-controlled lithium-ion battery system allows rapid recharging even during short interruptions to work, which is carried out utilizing a dedicated charging infrastructure.

Charging is done with green electricity. And this is already from the point of energy generation.