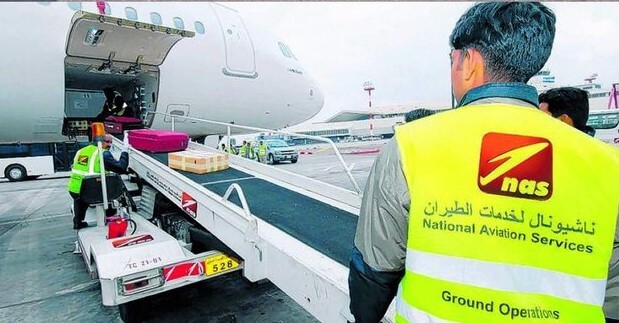 Reports from the Tanzania Airports Authority (TAA) have it that it has granted a concession to Celebi Tanzania Aviation Services to operate as a ground handler at the Julius Nyerere International Airport (JNIA) in Dar es Salaam.

This has prompted debate among key players in the aviation sector, with some worrying that the market size for the business is too small for three ground handlers.

However, others see this as a good as it would help bring down operational costs for airlines – and, by extension, relief to air travellers.

Celebi becomes the third player at JNIA after Swissport Tanzania and Nas-Dar Airco.

The five-year operating licence was issued to the company by Tanzania Civil Aviation Authority (TCAA) in 2019.

For his part, Swissport Tanzania chief executive officer Mrisho Yassin argued that the market at JNIA, Kilimanjaro International Airport (Kia) and Zanzibar Airport was not large enough for more than one ground handler. This, he said, was because the number of scheduled operators has not been growing significantly.

“The only time you see growth is only at three to four percent probably after every three to five years,” Mr Yassin told The Citizen in an interview. “That is why I’m saying the market [about 24 airlines as customers] is not big enough because if you add to the competition, what do you expect to get from the market?” he wondered.

He explains that the move will mean that operators must tactically cut down their costs as they scramble for customers.

This suggests that the three have to compete for 8,000 or 10,000 or 16,000 frequencies currently being operated by scheduled operators.

“That has been and will be difficult to effectively compete,”’ opined the Swissport boss, adding: “If you lose a customer, it is difficult not only to regain them but also to regain the business lost because the market is not growing.” He said such a scenario hit directly into revenue and profits of ground handlers. According to him, that price cut would only benefit airlines at the expense of ground handlers’ financial health.

The coming of a third ground handler at JNIA seems to answers concerns raised by the Swissport boss, as despite growing competition, investors are still willing to put their money in the business. The question is: Are shareholders enjoying returns from the business?

Looking at Swissport, for instance, for many years, it has been profitable and has been paying dividends to shareholders following the good financial performance of the firm.

In 2020, however, performance was affected by the global Covid-19 pandemic and other factors. The company registered a loss, just like several other players in the industry across the world.

Mr Yasini noted, however: “We see a positive recovery, probably from 2021 going forward, but we don’t see a massive return on business as was realised in the past.”

The Swissport boss called for establishment of price caps to ensure that price cuts would not end totally hurting key players. He also was of the opinion that further liberalisation of ground handling business should be checked against the number of operators in other similar airports.

Number of operators at a particular airport should be determined based on the number of airlines, volume of cargo and the economics of airports in general, he argued.

TCAA’s director general Hamza Johari could not be reached for comment as his phone went unanswered.

“The new operator would intensify competition, forcing market players to cut prices, to grab a few available customers,” noted Mr Mlelwa. He said with the current passenger traffic handling capacity of eight million per annum was quite tight to have more ground handlers at JNIA.

TAA’s director general Julius Ndyamukama said that, given the fact that the market was too small compared to similar airports in the region, three ground handlers were likely to engage in a price war, something that may eat into TAA’s earnings.

“To shield ourselves from the impact of the possible price war, we (TAA) have now set up a fixed rate of concession fee plus a certain percentage of ground handlers’ revenue,” said Mr Ndyamukama – without quantifying on that.

Before the new system, the concession fee was being charged as a percentage of ground handlers’ earnings. This suggests that it is ground handlers who are to suffer in case of price war because regardless of their performance, they will have to pay to TAA a certain fixed rate.

Tanzania Air Operators Association executive secretary Lathifa Sykes said the market was not big enough due to the state of the tourism industry and impact of Covid-19.

“However, competition is always good so that air operators can choose ground handlers they prefer due to a good service and reasonable rates,” argued Ms Sykes.

Renowned aviation expert Juma Fimbo spoke regarding the notion that the market was “small.”

“The market is small because Tanzania is not an attractive destination in terms of operating costs – which are contributed largely by ground handlers,” said Mr Fimbo.

He said competition will lower airlines’ operational costs and thus attract more to come and invest.

“We need to allow more competition. The stronger ones will survive. For those which cannot compete, they will have to join the powerful ones,” said Mr Fimbo.

Celebi’s general manager was not in a position to comment, as he was in a meeting. However, the company’s board director, Gaudence Temu, was in 2019 quoted by The BusinessWeek as saying opportunities for growth of the ground handling business still exist, counting his hopes on JNIA’s Terminal-3.

The state-of-the-art airport is designed to handle six million passengers a year, bringing the total traffic flow at JNIA to eight million.

Mr Temu said they would start with the initial capital of up to $7 million (Sh16.1 billion).

The sum, he said, would be used for purchasing equipment for servicing the customers and aircraft better. Elsewhere, available data show that the Jomo Kenyatta International Airport (JKIA) in Nairobi, Kenya, has about nine ground handlers

According to the Kenya Airports Authority (KAA), monthly passengers passing through the JKIA have so far dropped to an average of 211,904 from 514,350 in the last financial year.

Cargo handled at the JKIA in the review period dropped marginally, by five percent, to record 253 million kilogrammes.

In Uganda, the Entebbe International Airport has two ground handlers. Das Handling Limited and Nas handled 58,000 tonnes in 2020, according to the Uganda Civil Aviation Authority (UCAA).

UCAA also indicated that 1.98 million passengers had transitioned through Entebbe International Airport in 2019 but the number had in 2020 dropped to 565,666.

In Rwanda: The Kigali International Airport has one ground handler. It is the main air gateway for all destinations in the country, and in addition, serves as a transit airport for Goma and Bukavu in eastern Democratic Republic of Congo.