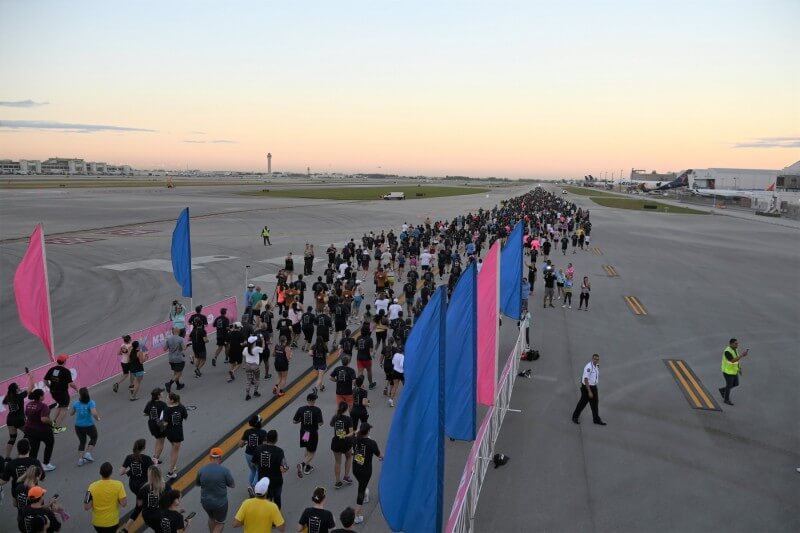 For only the second time, runners instead of planes took off on the north runway at Miami International Airport on October 29 for the MIA Runway 5K Flight 2022, all with the goal of fundraising for the American Cancer Society’s Making Strides Against Breast Cancer (MSABC) campaign.

The event, which drew more than 2,500 participants, followed the inaugural MIA race in October 2020 and the first Runway 5K at Miami-Opa locka Executive Airport (OPF) in March 2022.

This year’s 5K Series at MIA and OPF is expected to raise a combined total of over $30,000 for the MSABC campaign from participant registration fees and event sponsorships.

Next year’s 5K Series will expand to three races, with Miami Executive Airport in south Miami-Dade joining MIA and OPF as race locations.

“Cancer is a disease that has impacted all of us in one way or another, whether personally or through a family member, friend, or colleague,” Miami-Dade County Mayor Daniella Levine Cava.

“I am so proud of all our Runway 5K participants and our Miami-Dade County employees who literally made strides against breast cancer today, in many different ways.”

“It was an honor and a privilege for us to host two races this year as part of our first Runway 5K Series to do our part in the fight against breast cancer,” Ralph Cutié, Miami-Dade Aviation Department Director and CEO.

“We appreciate every single person and organization who ran or donated money and resources to make this year’s events a success for those battling this deadly disease.

“We also hope everyone enjoyed the unique opportunity to run on one of the busiest airport runways in the country.” 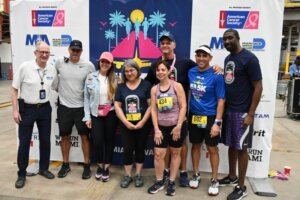 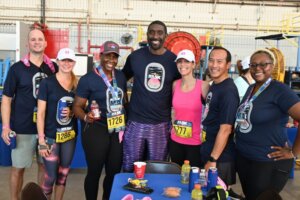