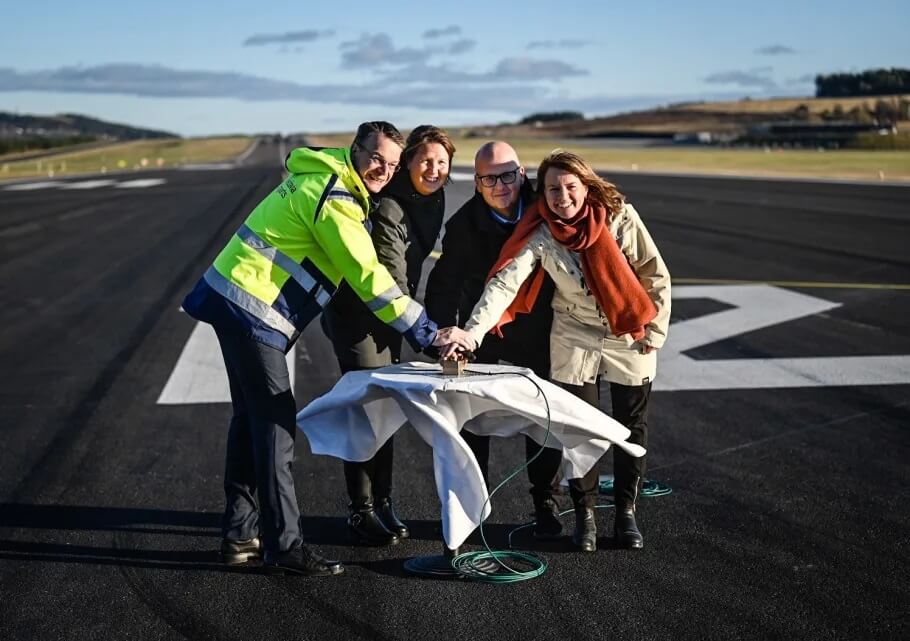 A new runway lighting and approach system has now been inaugurated at Åre Östersund Airport.

The new infrastructure will provide enhanced access for the region’s passengers, since it will enable aircraft to take off and land even in poor visibility conditions with fog at the airport, which was not previously possible.

”Finally, after several years of meticulous preparations, it is naturally very gratifying that we now have the new runway infrastructure in place at Åre Östersund,” says Peter Fahlén, airport director at Swedavia’s Åre Östersund Airport.

“The new technology enables enhanced access to the region and increased assurance for everyone who travels here by air now that the airport can handle and land aircraft in weather conditions with greatly reduced visibility as well”.

The investment in the new runway lighting and approach system allows aircraft to take off and land even in weather conditions with poor visibility, for example in fog (CAT III).

Today only a small number of Swedish airports have the new technology, including Swedavia’s Stockholm Arlanda Airport and Göteborg Landvetter Airport.

Åre Östersund Airport will thus be Swedavia’s third airport and Swedavia’s first regional airport to get infrastructure and a system in this category for its airport.

With the new infrastructure, which improves access to the airport, the airport’s navigation and meteorological systems have been updated and the airport has been equipped with a new runway lighting system featuring nearly one thousand new light fixtures – a considerable improvement compared to the previous system.

Swedavia has financed the new runway lighting and new approach system in collaboration with the Jämtland-Härjedalen regional authority and the neighbouring municipalities of Östersund, Åre and Krokom. The total amount invested is 70 million Swedish kronor.