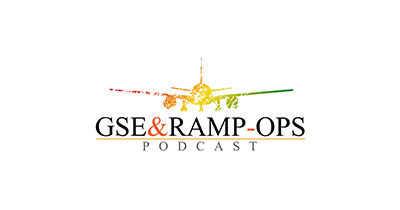 12th - 23rd Oct 2020 Podcast Limited Series 2020 By EVA International
This year, Airside International has launched a special 7-part series of podcasts, bringing the informative discussions usually taken place at the GSE&RAMP-OPS Global event, to an easily accessible digital format. The Podcast will offer ramp and GSE operators the opportunity to learn from industry-leading experts from around the world, completely free of charge. The podcasts will focus on key topics that are as relevant now as they were pre-pandemic. 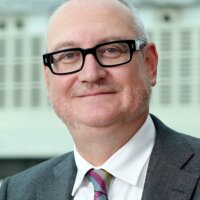 Robert Powell
VP Technical Services dnata
Robert is a dynamic aviation professional and an authentic and transformational leader, with over 30 years' experience in aviation ground handling management and engineering throughout Europe and the Middle East. During his 15 years in senior management roles, Robert has built high-performing teams within ground handling providers and airlines. Robert is extensively travelled, well networked, a strategic thinker, with valuable, extensive and hard-won experience in all areas of ground handling and airport operations. Motivated by the opportunity to deliver change that leaves a positive and professional legacy for individuals and organisations. 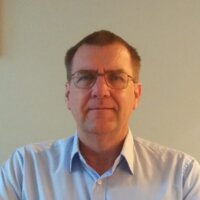 Steve Savage
Senior Analyst Ground Operations IATA
Qualified as an industrial and mechanical engineer, Steve Savage has 10 years experience with South African Airways Cargo managing the vehicle fleet, ULDs and facilities.  This has been followed by 12 years with IATA in the Ground Operations department responsible for the GSE technical group and content of chapter 9 and 10 of the Airport Handling Manual. Liam Bolger
Head of Airside Operations London Luton Airport
With 29 years’ aviation experience Liam has covered a wide variety of operational roles from Operations Manager, Senior Manager Airfield Operations and more recently, Head of Airside Operations. Over the past 5 years, the focus has been on the restructure of operational activities creating a highly effective team of colleagues encompassed in one single operational department, AirOps. As designated Safety Manager, other key responsibilities include the ongoing development and management of the Operational Safety Management System (SMS), the Airside Training Programme and Competency Scheme and Summer and Winter Operations. 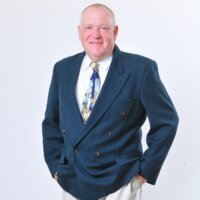 Colin Temple
Director, Ramp Ops and Maintenance Bangkok Flight Services
Colin Temple lives and works in Thailand as Director of Ramp Operations for Bangkok Flight Services. He has held this position for 8 years. Colin started his aviation career in 1974 with Lufthansa at Heathrow. During his 24 years at LHR he had various roles, all ramp related. In 1998 he joined IATA as Manager Airport Services. With IATA he travelled extensively in consulting and training roles as well as being involved in developing AHM standards. Paul Holmes
Managing Director Smart Asset Management
Paul has a vest experience in managing large and complex vehicle fleets and in the past he has managed the fleet units operated by the Automobile Association (AA) and British Gas in the UK. In 2014 Paul entered the world of telematics and within 12 months he was heading up the fastest growing aviation based Telematics Company in the UK. In 2016 Paul was appointed by Smart Asset Manager Ltd as the Commercial Director and during the period he secured the contract with Menzies Aviation to roll out GSE telematics motorised and non-motorised on a global basis. In 2018, after a business reorganisation Paul was appointed Managing Director of Smarter Asset Management Ltd and he is now progressing the SAM objective to be the premier provider of aviation asset tracking /management services in the world. 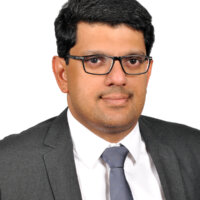 Bibin George Samuel
GSE Maintenance Group (Global) Manager National Aviation Services
A Mechanical Engineer with more than 17 years of experience in Service/Maintenance of heavy equipments, heading the GSE team of National Aviation Services since 2008 based in Kuwait (hub) with operations in Middle East, Asia and the African Subcontinent. During his 12 years in the management role, he has played an essential part in the standardizing the fleet across the network of the organization, transformation of standards and procedures of the maintenance activities and programs, monitoring  GSE and station performance, optimizing maintenance cost and in defining  GSE requirements by station, numbers and their tech specs. His role in setting up of outstations was very pivotal. He has been successfully managing the GSE Maintenance Team and served as a key contributor for safe, efficient and economical management of GSE maintenance, Facility maintenance and Technical Store. Bibin is an innovative leader with a proven record of maintaining a first-class technical team. 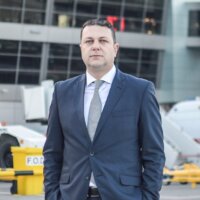 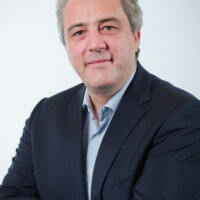 Gerd Van Damme
Chief Asset Officer TCR
Gerd is Chief Asset Officer at TCR. He joined the company 7 years ago. Together with his colleagues, he is in charge of the 33000 units of GSE spread worldwide, from cradle-to-cradle. This includes determination of equipment specifications, sourcing of GSE for TCR Rental services up to refurbishment activities, replacement cycles and sales or pre-used equipment. Gerd has a Management Engineer degree from the Solvay School of Management, Free University of Brussels. Gerd is 45 years old, married and father to a 6 years old daughter. 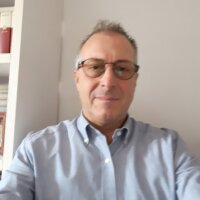 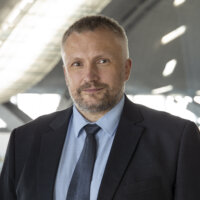 Witold Proszynski
Manager Occupational Health, Safety & Emergency, Quality, Safety & Training Qatar Aviation Services
Witold “Veet” Proszynski started his Ground Handling career in 2006 in Menzies Aviation at EMA where he progressed through various operational and support roles. After moving to STN as a Safety, Training and Compliance Manager with Menzies, he piloted Pristine Condition launch at the station. Two years later he transferred to LHR as a Safety & Security manager for Menzies and later became Regional Safety Manager for UK South. In 2014 he joined Aer Lingus as Ground Safety Officer / Investigator, where he spent over 5 years improving Safety Performance across the network. In January 2020 Veet moved to Qatar, where he took the role of Manager Occupational Health, Safety and Emergency for QAS. During his years in Ground Handling Veet was involved in a number of professional bodies including Co-Chairing of UK CAA GHOST Aircraft Damage Subgroup. David Uclés
GSE & Service Contracts Manager Iberia Airport Services
As GSE Manager, David has responsibility over a fleet of 8000 inventory GSE units (40% motorized) in 29 Spanish stations where Iberia Airport Services performs handling for more than 200 Customer Airlines. Based in Madrid Iberia’s Headquarters, supports Operations to be a leading edge in the European market. During fleet renewal, he has focused on improving the fleet’s environmental efficiency. Nowadays electrifying new families of equipment. MsC in Industrial Engineering specialized in Electronics and Mastered in Business Administration, David has a 17 year experience in the Aviation Industry, initially in the MRO area, later moving to Airport Services. 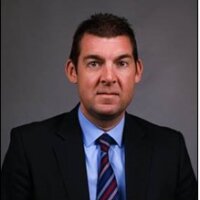 David Storey
Senior Manager Safety Qatar Airways
David Storey commenced his aviation career in 1999 with Servisair Globeground at a UK Regional Airport, initially in a passenger service role before progressing to Aircraft Dispatch, Load Control and Operations Control.  After moving to the Emirates Group in 2003, as an Aircraft Dispatcher for DNATA at Dubai International Airport, he moved to Etihad Airways at Abu Dhabi Airport in 2005 taking up the role of Ramp Operations Supervisor.  David then progressed to Ramp Services Manager in 2008 and Ramp, Aircraft Turnaround and Quality Manager shortly after.  In 2010, a new opportunity was presented and he took up the position of Manager Ground Safety & Quality, leading the airlines implementation of SMS within Ground Operations with the airlines global airports safety portfolio under his remit (David won the airlines safety excellence awards in 2008 and 2011).  In 2014, David commenced academic studies into safety management and graduated in 2016 with a Master of Science (MSc) Degree in Aviation Safety, including a thesis related to a strategic approach and further initiatives to reduce aircraft ground handling related damage.  After 12 years with Etihad Airways, David secured a position as Senior Manager Safety, Ground Services with Qatar Airways in Doha, responsible for the ongoing evolution of the Ground Operations SMS, support to the global airports network and strive for continuous improvement. During the more recent years of his safety career, David was accepted as a member of the Royal Aeronautical Society (MRAeS) and has more recently participated in the UK CAA GHOST Group initiative. 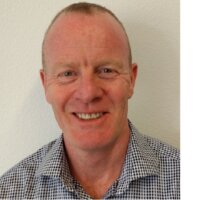 Steve Cannon
Head of Global & EMEA Fleet Management Swissport
Steve Cannon, formerly Head of Global Fleet Excellence and currently Head of Fleet EMEA, assumed responsibility as the Head of Global & EMEA Fleet Management from 1 August 2020 taking over leadership of the Global and EMEA fleet teams and operations. Steve joined Swissport International in 2017 as Head of Global Fleet Management Excellence and has since then led the global development, implementation and continuous improvement of cost-effective fleet management and logistics support standards for more than 55,000 aviation ground support assets.  Many of the current policies regarding GSE have been implemented by Steve and his team. Before joining Swissport, Steve served in the British Army in the Royal Electrical and Mechanical Engineers (REME) as an engineer and officer for 36 years.  Prior to joining Swissport, Steve was employed as the Head of a large UK Babcock International Maintenance Repair and Overhaul (MRO) facility for 2 years supporting ground based military equipment. Steve holds a Master of Science (MSc) in Logistics Management, is a Chartered Engineer (CEng) and a member of the IATA GSSE Committee. 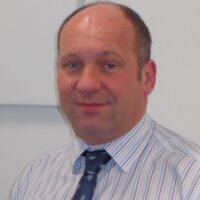 John Edmunds assumed the appointment of Head Of Fleet Western Europe after serving over 27 years in the armed forces. At Swissport he is responsible for all fleet issues across the UK and Ireland. The environment of the ground handling world is relatively new although he has covered nearly 8 years in the industry. John’s logistic and engineering background with the armed forces has no doubt helped in his current role.

John first stepped into the industry at dnata in 2013 supporting the GSE originally at LHR. However, this expanded into LGW and initiating the equipment as dnata expanded into Ground handling at MAN. Working at the cutting edge of operations in Army Headquarters John worked on logistic and engineering solutions to Military operations worldwide, including Afghanistan, Libya and the 2012 Olympics. Prior to his role at Army HQ John was Officer Commanding 1st Regiment Royal Horse Artillery with service at 6 Close Support Battalion REME prior to this.