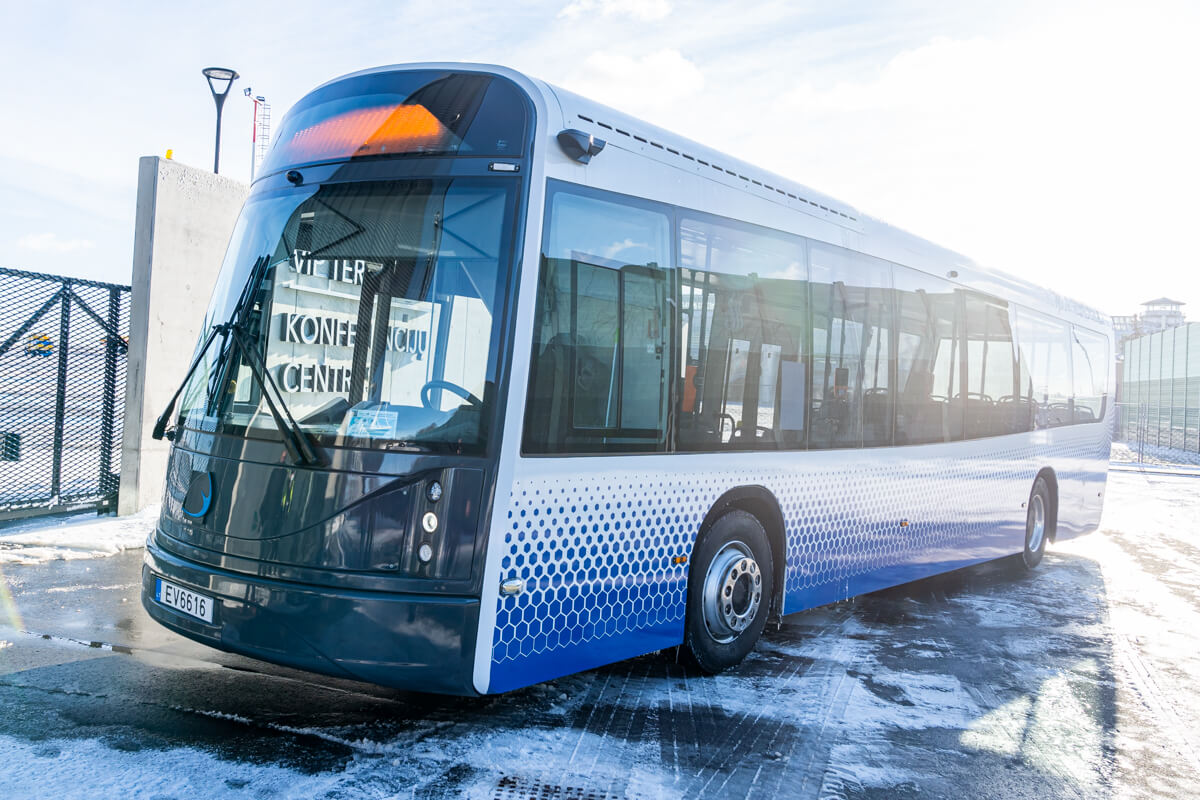 The prototype electric bus Dancer developed and manufactured in Lithuania is being tested for passenger transportation at Vilnius Airport.

The prototype of a fully environmentally friendly vehicle, adapting the latest scientific discoveries, is being developed by a subsidiary of the Vėjo Projektai group, Elektrinio transporto sistemos, which is implementing a project funded by the European Union Regional Development Fund.

This project provides for the testing of the bus in real operating conditions for passenger transport, therefore a tripartite agreement was signed for this purpose between the company Elektrinio transporto sistemos, Vilnius Airport and the ground handling company Litcargus.

“The first steps are being taken at Vilnius Airport, although the road is still long, and ways to encourage ground handling companies to change their polluting transport are still being actively sought,” says Minister of Transport and Communications Marius Skuodis.

“We are already seeing a number of initiatives in Europe – electric airport buses, electric taxis serving incoming and departing passengers, interest in the deployment of other alternative fuel vehicles.

“The Dancer bus at Vilnius Airport is a great example of this. We are even more happy that this passenger bus is the production of a Lithuanian company”.

In view of the ambitions of the Green Deal adopted at European Union level and the increasingly stringent environmental requirements, Lithuanian Airports also seek to reduce pollution, so the provision of ground handling services by electric vehicles is one of the options for greening the activity.

“We are really happy to contribute to the aspirations of the Lithuanian capital company, which we believe have the potential to become a global success,” says Arnas Dūmanas, Head of Operations and Infrastructure Department of Lithuanian Airports.

“Lithuanian Airports are participants in the Net Zero initiative, which means that by using a wide range of solutions, we are looking for a way to reduce the carbon footprint in our activities, and testing such a solution will be a step in our chosen direction”. 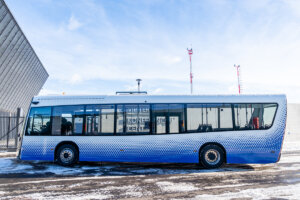 Linas Vaškys, the head of the aircraft and passenger ground handling company Litcargus, also noted the benefits of the project: “Such projects make it possible to understand how the next generation of transport can operate in real-life conditions, what benefits they can bring, as well as to know what else needs to be improved.

“After all, the results of this project will be used to improve further inventions, which is of great importance to the aviation sector”.

According to Alvydas Naujėkas, CEO of Vėjo Projektai, the results of the operation of the Dancer bus at Vilnius Airport will be used to improve the technological parameters and construction of the vehicle.

“Aviation is always at the forefront of developing innovative transport solutions,” says A. Naujėkas.

“By producing the lightest electric bus on the market, Dancer, we also learned from composite fibre masters who worked in the Airbus aviation cluster in Germany.

“Therefore, cooperation in testing the bus in the territory of the airport can bring positive results in the development of new technological solutions not only in the field of electric transport, but also in aviation”.

The 12-metre Dancer bus prototype can carry almost 90 passengers at the same time, with 32 seats and 56 standing places, two of which can be transformed into a single seat for a disabled person.

The bus body is made of composite material containing recycled PET plastic. Due to its extremely light weight, the Lithuanian electric bus needs less energy to drive, so its energy consumption is on average 0.72 kWh per km travelled.