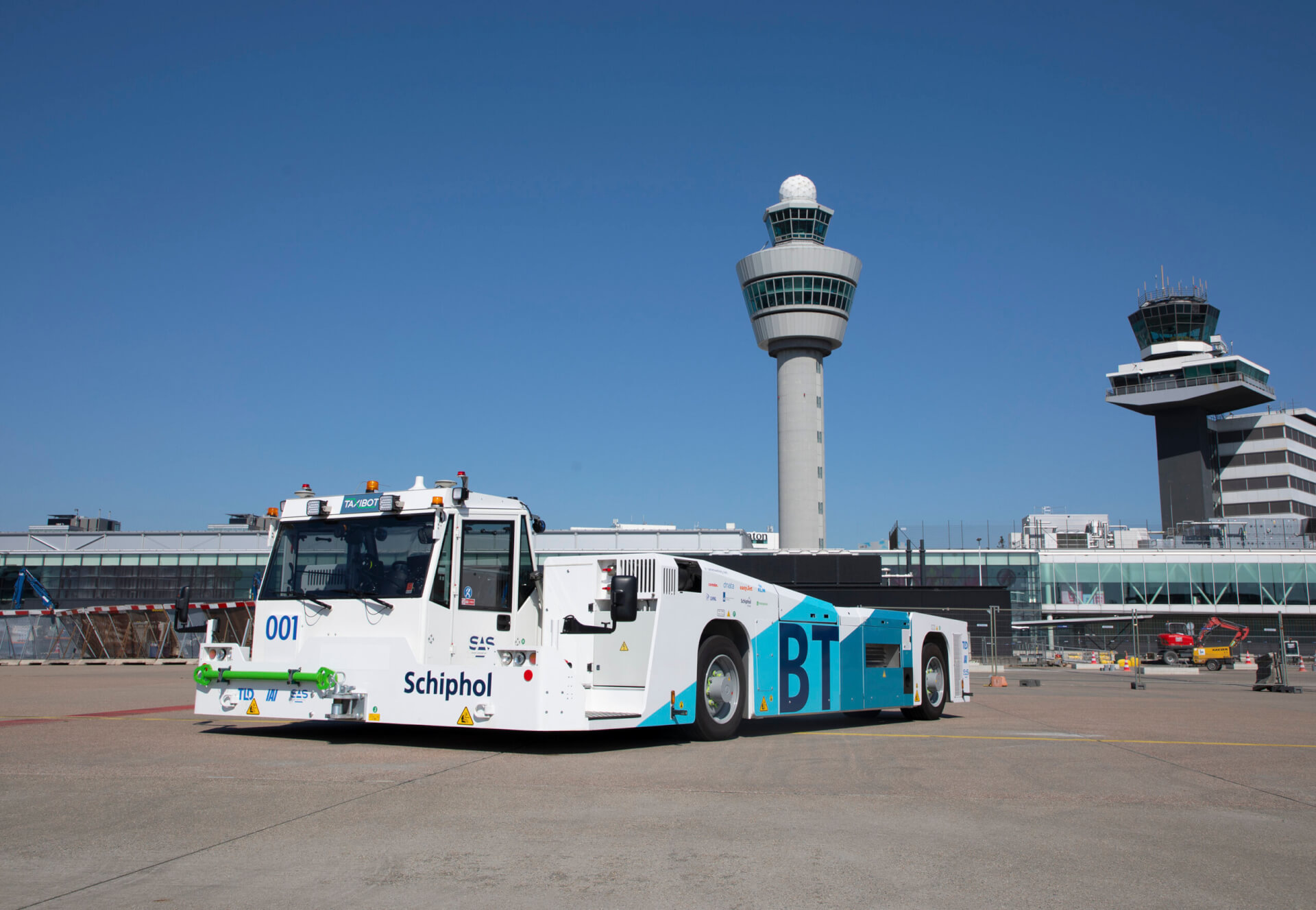 Research carried out by Schiphol and TaxiBot partners in the sector has shown that sustainable taxiing uses at least 50% less fuel than standard taxiing.

This can lead to significant environmental benefits as planes produce fewer emissions at the airport.

The conclusions of the research were drawn based on the results of the TaxiBot pilot study, simulations of fully sustainable taxiing at the airport and input from operational experts.

During the 2020 pilot, narrow-body aircraft were taken to and from the runway by a TaxiBot: a unique semi-robotic aircraft towing vehicle provided by Smart Airport Systems and jointly developed by TLD and Israel Aerospace Industries.

The TaxiBot enabled aircraft to keep their engines off for most of the taxi process. This resulted in fuel savings of around 50%, depending on which runway was used. 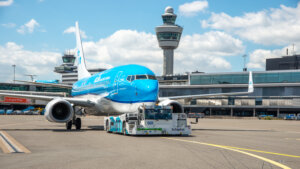 The feasibility of introducing the operational concept of sustainable taxiing at Schiphol was also investigated. Safety, capacity and efficiency at the airport were the main focus points, along with the environmental benefits. Some significant adjustments to infrastructure, processes and technology are needed for sustainable taxiing to become standard procedure at Schiphol by 2030.

Because many of these essential adjustments are new to aviation, and because Schiphol is the first airport in the world that wants to implement sustainable taxiing on a large scale, it will take some time for the technology and infrastructure to be developed and for it to be certified and approved.

“We remain committed to sustainability and innovation, even during the coronavirus crisis. Coming back improved is the norm. It’s great that we are working with the aviation sector to advance sustainable taxiing” says Dick Benschop, President & CEO of Royal Schiphol Group.