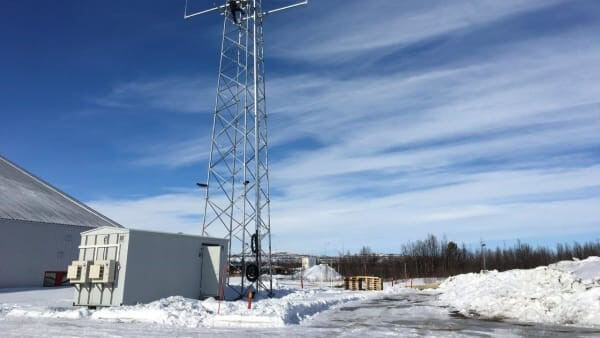 In 2016, Swedavia and the Swedish Civil Aviation Administration (LFV) signed a declaration of intent to study the conditions for remote tower services.

November 2017, an agreement was signed to set up these services at four of Swedavia’s airports, Kiruna Airport, Umeå Airport, Åre Östersund Airport and Malmö Airport.

The first to be connected under the programme is Kiruna Airport, Swedavia’s northernmost airport.

“Naturally it is gratifying that after many years of intense work and collaboration with the Swedish Civil Aviation Adminstration we are now taking the first step towards remote tower services at our airports,” says Jonas Abrahamsson, Swedavia’s president and CEO.

“Launching the services at Kiruna Airport is a milestone in Swedavia’s digitisation and innovation strategy and as well as our continious work to develop the airports of the future in line with our connectivity mission,”

The plan is for the three other Swedavia airports in the programme to introduce remote tower services before the end of 2022, starting with Åre Östersund Airport, followed by Umeå Airport and finally Malmö Airport. Remote tower services are already in operation in Sweden as well as internationally.

Just one month ago, London City Airport made the switch to remote tower services.

“We look forward to good collaboration in the continued work to place the system in service at our other airports”.