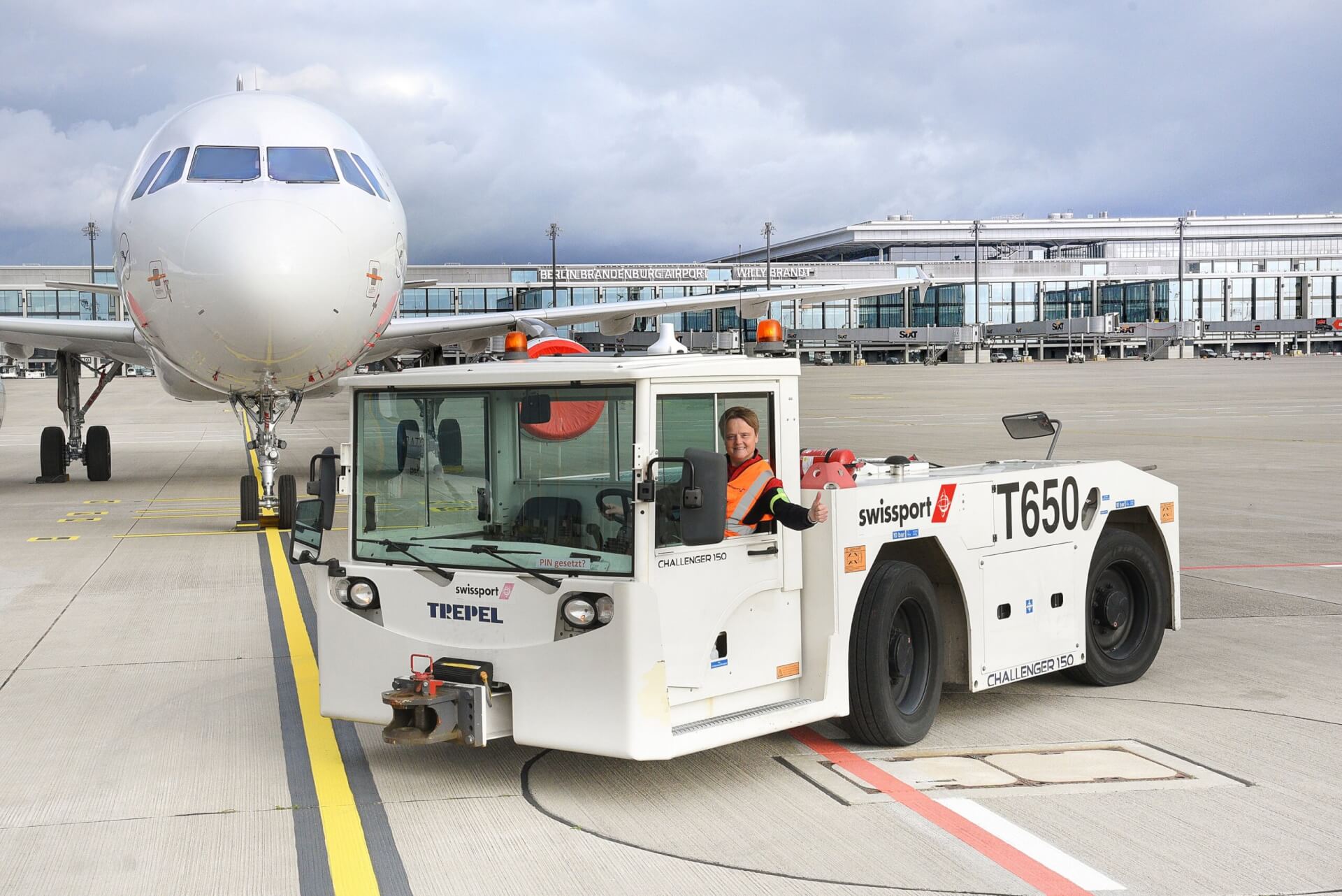 Swissport International has relocated its ground services and cargo business from Berlin Tegel and Berlin Schönefeld to the German capital’s new Berlin Brandenburg Airport and will be fully operational on 31 October 2020. With the move the company is also expanding its total cargo warehouse space in Berlin by some 60 percent to now 2,100 square meters.

After first starting up at the airports of Tegel (TXL) and Schönefeld (SXF), Swissport has relocated its airport ground services and air cargo operation in Berlin to the new Berlin Brandenburg Airport (BER), which will start operations on 31 October 2020. At terminals 1 and 5, Swissport will provide the full range of airport ground services including passenger services and ramp handling. Airline customers can also rely on Swissport services in air cargo handling, where the company will be operating from a 2,100 square meter facility.

“We are very pleased to finally start serving our airline customers at the new terminals at Berlin Brandenburg Airport,” says Willy Ruf, Senior Vice President Central Europe of Swissport. “It took longer than expected, but as BER opens to business we are looking at a beautiful new airport and gateway to the German capital.”

On 6 November, an Egypt Air Berlin to Cairo service will be the first flight served by Swissport at the new Berlin airport. With Air Baltic and Aegean, Swissport will also start providing ground services for two new customers.

“At Swissport, we are especially looking forward to more space that will enable us to provide our services more efficiently,” says Carsten Zuberbier, Managing Director Swissport Berlin. “The new facilities will allow us to write another successful chapter with our partner airlines and to grow with potential new customers both in the areas of airport ground services and air cargo handling.”

Swissport’s cargo operation is also currently relocating from Berlin Tegel to new air cargo facilities at Berlin Brandenburg. As of 9 November 2020, all air cargo services will be provided at the new airport, including general and special freight handling, express services and freight forwarding. With around 2,100 square meters, the new warehouse offers around 60 percent more space compared to Tegel airport. In addition, the use of the advanced dual-view X-ray technology enables Swissport to make the security processes for air cargo handling more efficient.

With a workforce of some 200 employees at both former airports, Swissport served roughly 3.3 million airline passengers in 2019. The air cargo handling division handled more than 18,000 tons of air cargo.