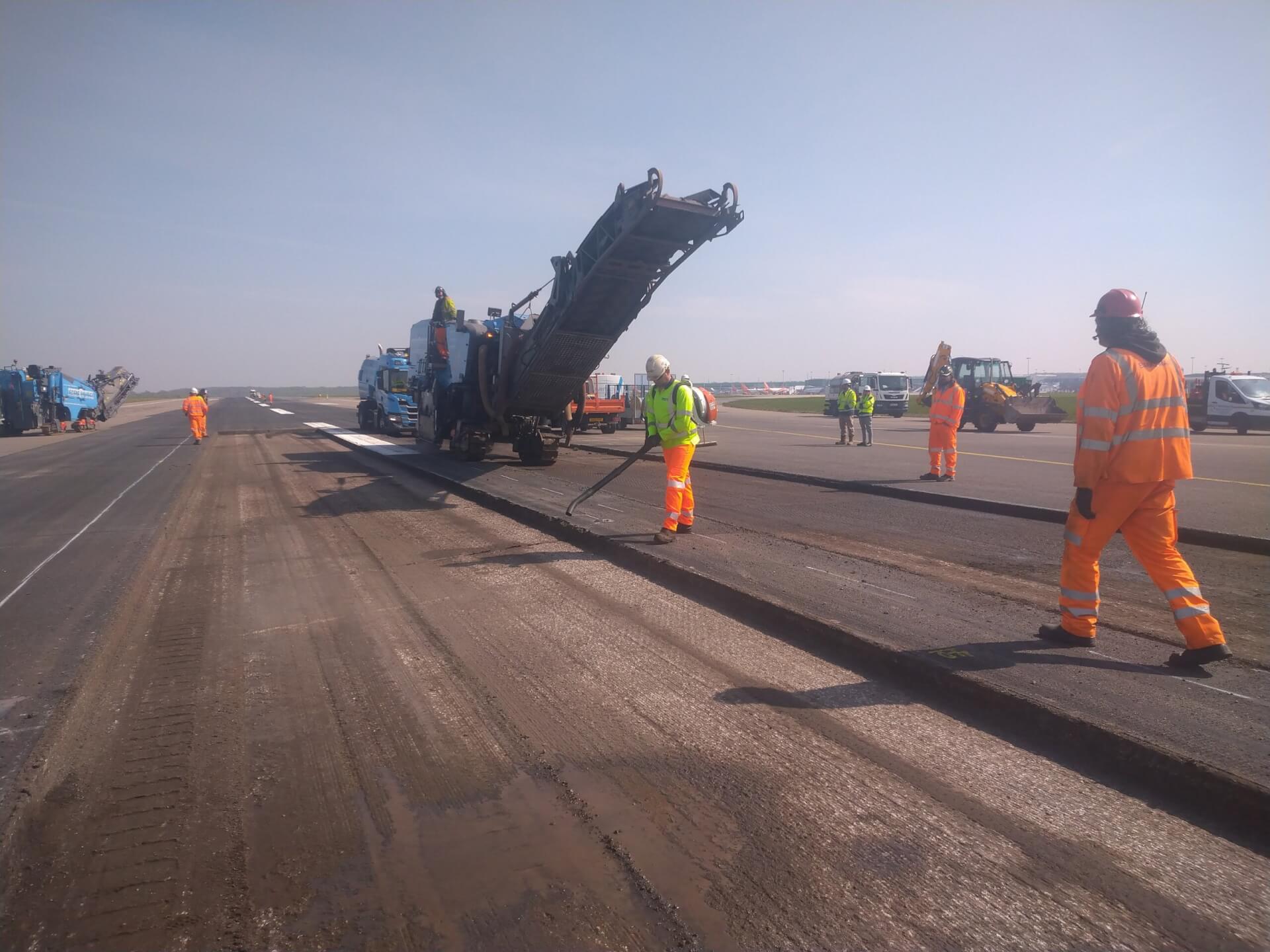 London Stansted’s single runway is to be fully resurfaced in a five-month programme that began this weekend.

The work on the 3km long runway, which will be managed by engineering firm Lagan, will take place at night to minimise the impact on the local community and airport operations.

Over the course of the project, approximately 50,000 tonnes of asphalt will be laid over an area the size of 25 football pitches, and 1,300 runway lights will be replaced with energy-efficient LEDs.

Work will be carried out five nights a week between Saturday and Wednesday.

In the first 11 weeks, the runway will be closed between midnight and 6am, while in phase two it will remain open but at a reduced length to allow flights to safely continue operating.

Neil Thompson, Stansted Airport’s Planning & Development Director, said: “Handling up to 50 aircraft movements an hour, the runway is obviously a key asset for the airport so it’s critical it is maintained to the highest standard at a busy international gateway such as London Stansted.

“A project of this scale is very complex and clearly presents us with a number of operational challenges as during just six working hours each night, we will need to remove and replace around 100 metres of runway surface before safely re-opening it before the first flight is scheduled to take-off in the morning.

“At the same time, we are upgrading the runway and taxiway lights with energy efficient, high performance LED lamps that are crucial in the safe operation of aircraft, especially in low visibility conditions.

“The whole project has been meticulously planned, and we aim to complete the work as quickly and safely as possible to limit the disruption on the operation of the airport and minimise any impacts for our local community.”

An unusual situation occurred in April 2020 when the airport rescheduled its annual runway maintenance programme from overnight to daytime due to the impacts of the COVID pandemic.

The reduction in aircraft movements allowed engineers access to the runway during the day when it would normally be busy with hundreds of aircraft landing and taking off.